The Critical Role of the Adductors in Avoiding BJJ Injuries

If you have a strong lower body, but still feel unstable, then your adductors might be the missing piece.

But the adductors are just as important for overall strength and stability of the body. If you have worked on developing the muscles of your lower body, but still feel unstable or lacking in lower body strength, then your adductors might be the missing piece.

RELATED: How to Strengthen the Abductors and Adductors for Hockey

Here is an explanation of what you adductors do, why they are relevant to grappling athletes, and how to properly strengthen them.

Anatomical Structure of the Adductors

The hip adductors make up 22.5% of the total mass of the lower extremity.1 They include: the pectineus, adductor brevis, adductor longus, adductor magnus, and the gracilis muscle.

The hip adductors are located anteromedially on the leg, meaning in front and toward the middle. Adductor longus, adductor magnus, and adductor brevis originate from the inferior ramus of the pubis and insert along the linea aspera of the femur. The only adductor that crosses two joints is the gracilis, which originates on the pubis symphysis and pubic arch and inserts on the medial surface of the tibia.

Adductors Are Not Just for Adduction

Hip adductors are believed by many in the fitness industry to simply adduct the leg. In simple terms, adduction is bringing a limb toward the centerline of the body.

RELATED: How and Why to Use All 3 Planes of Motion to Improve Your Mobility

But thinking adductors are only for adduction is a huge mistake. According to researchers John Basmajian and Carlo DeLuca, adductors function not as prime movers but in reflex response to gait activities. Their research suggests the adductors work synergistically with the abductors to provide side-to-side stabilization of the pelvis.

Of interest to athletes is the role of the adductors in the bilateral and unilateral stances. Bilateral stance movements include things like squats and bench press, where you are putting load on both legs. Unilateral stance would involve predominantly loading only one leg.

“As a whole, the adductors are important for overall hip stability and injury prevention.”

The only two-joint muscle of the adductor group, the gracilis, functions as a medial knee stabilizer and helps stabilize both the hip and knee during weight bearing. As a whole, the adductors are important for overall hip stability and injury prevention. The adductors are also relevant in sports-related injuries because of the high frequency of adductor longus strains. 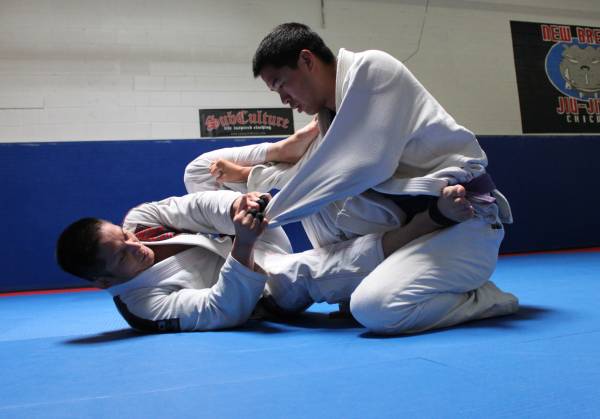 BJJ and the Adductors

Grappling sports such as Brazilian jiu jitsu, judo, and wrestling require that athletes have strong stable hips. Every technique involves the hips in some aspect. The difference between finishing a sweep or a takedown can come down to the ability to generate power at the hips and transfer it to the core.

“But more important than earning points is the role the adductors play in injury prevention. An unstable pelvis can result in injuries to other areas of the body, such as the low back.”

But more important than earning points is the role the adductors play in injury prevention. An unstable pelvis can result in injuries to other areas of the body, such as the low back.

RELATED: Injury Prevention in Brazilian Jiu Jitsu: Put the Odds in Your Favor

Exercises to Strengthen Your Adductors

Having a well-balanced muscular system is important for overall health and performance. Most athletes start doing corrective exercises after an injury. Instead of waiting for an injury to occur, start strengthening your adductors now. Add a few simple exercises to your current program. These can be done in between sets or as a warm up before a training session.

The adductors are a group of muscles that play a key role in stabilizing the pelvis in the bilateral stance. Having a stable pelvis will improve performance and reduce injury risk. To help strengthen the adductors incorporate a few sets of isometrics into your current routine.

RELATED: Working at a Stand Still: How to Do Isometric Training

Doing so will help correct any imbalances that may be present – and may garner you a few more points in your matches, as well.