The CrossFit Games and My Battle With Depression

Openness about depression is uncommon – especially among professional athletes – but we need to start the conversation.

The black dog walks among us all. Every thirty seconds somewhere in the world, someone takes his or her own life due to depression. I am the 2013 and 2014 CrossFit Games masters champion. But who I really am is someone who has struggled intensely with depression, and I continue to do so, to varying degrees, every day.

You can see me featured at 2:20 in this short video from the 2014 CrossFit Games.

Am I ashamed? No. Am I to blame? No. Am I weak? No. Do I lack coping mechanisms? No. Do my diet and lifestyle choices cause the problem? No, far from it. Do I appear like a candidate for depression? No. Would anybody think that I suffer? No.

To be quite honest, the last six months have seen me slowly sliding back into depression, an old friend I thought I’d left behind through self-management and CrossFit. But stress has a way of fracturing you right in your weakest spot. I have tools for dealing with depression – exercise, routine, living on purpose, quality nutrition, hydration, supplements, positive affirmations, a support network, meditation, and a lot of sleep – but even those have not been enough.

There’s a popular misconception that depression is just being sad when something in your life goes wrong. But sadness is a natural thing, a natural human emotion, and a natural response to something like loss. Real depression is being sad when everything in your life is going right. There is nothing logical or rational about it. It’s just a thing some people are simply more susceptible to than others, and women are significantly more predisposed than men.

“Vulnerability and honesty are our greatest strengths in learning to accept and manage depression.”

Depression is a heavy companion. It sees only negativity and impossibility. It is best buddies with fear and doubt. I know it lies, but depression’s language hits me somewhere deep and dark where I have no defenses. The black dog leaves me feeling like a fraud. On the outside, I look like a badass CrossFit champion. On the inside, I’m holding on by the skin of my teeth, managing myself on a minute-by-minute basis, seeing only negativity, and seeking isolation and food as my coping mechanisms of choice.

I have everything going for me in my life. I know that. So, my best strategy is to keep turning up to my commitments, to ask for help, and to share my experiences – because I’m never the only one suffering. Depression isn’t something to be ashamed about, it’s something to be worked through, understood, and treated.

The Role of Medication in Treatment

I am now being treated professionally for depression with medication, Citalopram, which is a selective serotonin reuptake inhibitor. SSRIs ease depression by affecting naturally occurring chemical messengers (neurotransmitters), which are used to communicate between brain cells. SSRIs block the brain’s reabsorption of the neurotransmitter serotonin. Changing the balance of serotonin seems to help brain cells send and receive chemical messages, which in turn boosts mood. Most antidepressants work by changing the levels of one or more of these neurotransmitters. SSRIs are called selective because they seem to primarily affect serotonin, not other neurotransmitters.

An illustration of the neural activity that can be assisted by certain anti-depressant drugs.

My antidepressants return me to a normal state of health. They do not create some artificially exaggerated or dulled down experience of life. Within two weeks of beginning 20mg of Citalopram daily, I saw significant improvements in my mood. I felt even better three weeks later – more stable, happy, confident, and at ease in my day-to-day life. I stopped isolating. I started yoga, meditation, and attending a support group. I continue to read positive books and listen to positive and inspiring podcasts daily. I journal and meditate every night before bed, and I make sure I get eight to nine hours of sleep per night. These are the basics.

Getting Back on My Feet

Now that I find myself back on solid ground, and as I refocus on competing through the CrossFit Games season, I have to ask the question, “Is my antidepressant on the banned substance list?” In the 2013 seaon, I recall an Australian team being disqualified after earning a spot in the CrossFit Games when a member of their team tested positive for a banned substance. Innocently enough, the member had been taking antidepressants. He was not aware that an ingredient in his medication was on any banned substances list.

I can’t imagine the pain and shame he went through, the blame he would have faced, and the courage it took to speak out on social media after the positive test was announced. Although I didn’t know him well, I knew him enough to believe in his integrity and his innocence with regard to his intent to cheat. The team was disqualified anyway. There is no grey area.

CrossFit adheres to the standards set by the World Anti-Doping Administration (WADA). CrossFit states in its drug policy that it bans the following classes of drugs:

Searching the WADA website, I found the latest 2015 List of Prohibited Substances and Methods avalable in a aten-page downloadable PDF format. It lists the current prohibited substances in alphabetical order under each of the drug classes outlined in the CrossFit policy. The active ingredient in my Citalopram is hydrobromide, this substance does not show up on the WADA prohibited substances list. But it was hard going reading so many chemical names, sifting through every class of drug in the document. What if I just missed it? 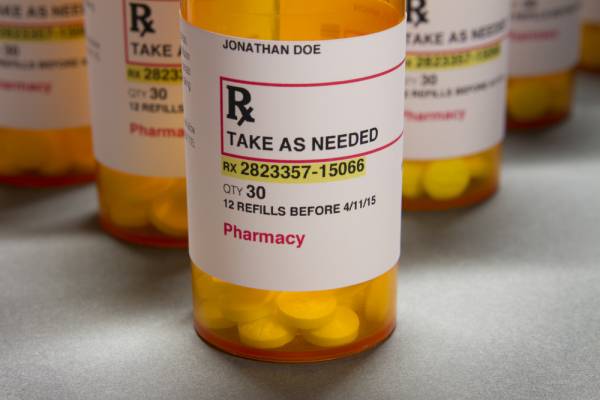 But I also found another cool site that I much preferred using, Global Drug Reference Online. It allowed me to choose my nationality, then my substance (Citalopram), user type (athlete), sport (no CrossFit, so I selected weightlifting), and nation of purchase. Then I selected the 20mg tablet and it returned a status page for my information. That page told me the substance was not banned in or out of competition, and it gave me the WADA classification “not currently included on the WADA Prohibited List.”

So, at the very least I know my particular antidepressant is not going to get me banned from competition. I also know I can take this medication with confidence, right through the competition season, without worrying about coming off of my medication before I am stable enough and ready to begin that process. The last time I took antidepressants, I took them for five years before I felt it was time for that weaning process. When I did come off, I worked closely with my doctor and a specialist and took the process both seriously and slowly.

“Depression is a heavy companion. It sees only negativity and impossibility. It is best buddies with fear and doubt.”

If you are taking any medication, and plan or hope to compete, please check the status of the substances in your medication against the WADA list and the GlobalDRO website. Ignorance is no defence.

Depression is common, but speaking openly and honestly about it continues to be uncommon. We are all human, we all struggle and suffer, and we’re all doing the best we can to cope. Speak up, share your experiences, strength, hope, and struggles so that others may support you – or learn from you. And if you need medication, go and see your doctor. This is not admitting defeat. This is seeking the help you need.

Vulnerability and honesty are our greatest strengths in learning to accept and manage depression.