During this most recent CrossFit Open, I decided to run a little experiment: take three athletes, all from different backgrounds, and measure certain physiological markers as they made their way through the five weekly workouts. I was curious to see what a five-week challenge like this does to the “average” person.

Many people compete in the CrossFit Open every year, but is it really for everyone?

This was a loose “experiment.” I didn’t have funding and the people involved all have lives and families, so I did not include things like blood testing, adrenal testing, food logs and verification, special times to workout, and a whole lot more to remove unwanted variables. In truth, I wanted the variables to exist, because those variables, or ones just like them, exist for everyone in real life.

So, from both a realistic and scientific perspective, my question was, “How does the Open break you down or build you up?”

A Study of Three Athletes

The three athletes in my “study” consisted of one female and two males. I originally started with five athletes, but two dropped out because of work commitments. Of those who stayed, one of the men was given a plan – a preprogrammed workout schedule, sleep goal, and nutrition protocol. The other two subjects I let go wild, so I had one control and two free-for-alls.

The control athlete was given a strict set of rules to follow. Besides a meal plan and workout schedule, he was only allowed one single effort for each Open workout, whereas I knew that one of the other two athletes would attempt the workouts multiple times.

“The turn-around to recover and begin training again for that weekend is crucial and thus far I have seen not taken seriously.”

My main hypothesis was that multiple attempts at Open workouts at high intensities and with little recovery would cause negative results. The fact that athletes can repeat the workouts is something I see as a key flaw in the Open construction. It encourages people to make 100% efforts several times on the same workout. This is not only damaging to people’s scores, but also their physiology.

Yes, we have all seen that a person can improve his or her score the second time around, but the damage done to the individual by multiple, 100% attempts at the WODs is too great overall and potentially long term.

Setting Up the Experiment

As far as measurements went, I used BioSignature Modulation, a type of fat caliper testing designed by Charles Poliquin that measures and assesses twelve pinch sites on the body. I am a BioSignature Level 2 Practitioner and have been using this method to develop nutritional and supplementation protocols for all of my clients with great success. It is the same system we used when my coach Brad Davidson and I assisted in the nutrition and supplementation needs for the three female Games winners of 2013. I also used some basic heart rate testing and questionnaires. 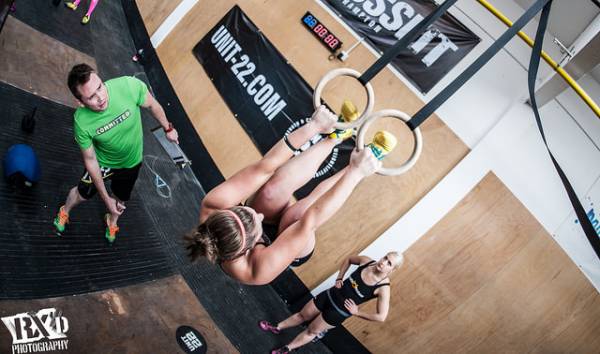 The purpose of my experiment was to assess the toll that training for the Open can have on the average athlete.

Before the Open began, I took measurements and made basic assessments:

This athlete played the Open relatively cool and attempted each workout once. He had two days off from training per week and trained the other five, varying them between recovery days, heavy lower-volume days, and light higher-volume days.

“Going into anything with a plan is going to be the smartest approach.”

As far as his diet, he went higher on the carbs than is typical for most athletes. I kept him under a strict diet that manipulated carbs specifically, moving him in and out of depletion and refilling glycogen storages. This was his first CrossFit Open and he was able to compete in the RX division, ranking at the low end of the thousands in his region.

Rest, recovery, proper training, and nutrition are key when it comes to enduring the grueling workouts of the Open.

This particular athlete put himself through a lot. Multiple attempts at Open workouts, swing shifts at work, and in the final week of the Open, he also ran a leg of Baker to Vegas, doing a 5.5-mile run in 100-degree heat at an increasing incline. Immediately after the run, he drove back to Southern California, napped a couple hours, then woke up and attempted the final Open workout.

Throughout the Open, this athlete ate approximately 80% paleo and drank alcohol (moderately) once a week. During and after the Open, he experienced extreme loss of appetite, poor sleep, and poor recovery. He also suffered a slight shin fracture. This is not uncommon in over-trained and under-recovered athletes as they end up with chronic cortisol elevation that can lead to bone, tendon, and ligament problems. Despite all this, he finished a little higher than 350th place in the Southern California region.

She, too, suffered (albeit to a lesser extent than Athlete 2) from loss of appetite, poor sleep, and inability to fully recover. She only attempted the workouts once each week, though. Her training was also less frequent throughout the week (totaling three or four days of actual training) unlike the other two athletes. Unfortunately, she was unable to complete the Open due to work schedule conflicts.

What Does This Mean For the Average Athlete?

Going into anything with a plan is going to be the smartest approach. And performing multiple high-intensity WODs each week with almost no recovery will no doubt lead to negative results and system-wide damage in the body. That said, despite all of the non-planning of Athlete 2, he was still able to do well because of his natural athletic abilities. But his ranking did not secure a Regionals spot, and the competition left him broken and battered. It took him longer to get back into regular training, and that recovery was painful. 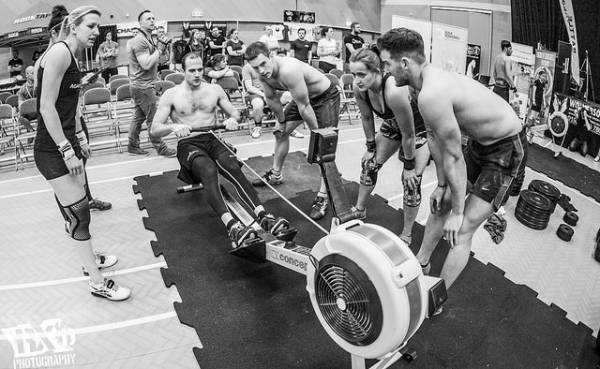 Never underestimate the time and intensity of recovery you might need after competing in the Open.

Athletes 1 did well with a game plan, and Athlete 3 also did well without any help. Though Athlete 3 grazed through her nutrition like it was just another week, she was still able to make some positive progress (muscle gain, loss of body fat, no injuries). Her nutrition remained the same for game time, which was generally good, but her workouts changed slightly, allowing for more rest and recovery between Open workouts.

Both male athletes suffered a slight drop in male hormones, which was demonstrated in the BioSignature testing. This is typical, as testosterone will drop as cortisol (and stress) rises and estrogen will also rise due to the drop in testosterone.

Is the Juice Really Worth the Squeeze?

This was a small experiment to see what multiple attempts of Open WODs would do to average people and what would happen if, instead, someone followed a specific game plan. My conclusion is based on loss or gain of body fat and lean muscle tissue, weight changes, cognitive changes, and recovery. Performance was not a factor in consideration due to many uncontrollable and unequal variables, such as training years, movement experience, age, height, weight, lean mass, and more.

The take away from my “study” is that preparation for competition in the Open should include smart nutrition, training and recovery practices. And that one attempt at the workout at full intensity seems to be the best idea.

In the world of CrossFit, a little preparation goes a long way, and recovery makes everything better. Athletes 1 and 3 were able to continue on with their training beyond the Open because of a smarter approach that allowed them to stay injury free, make positive physiological changes, and not end up crushed from the weekly workouts.

When it comes to higher-end competitors like those going on to Regionals, these training and recovery factors are even more important due to regional-level competition coming up so quickly after the Open. The turn-around to recover and begin training again for that weekend is crucial and thus far I have seen not taken seriously.

Chris Espinosa is the Head Coach and Operator of CrossFit Simi Valley. Chris grew up skateboarding, body boarding, fishing, hunting, and studying martial arts (Wing Chun, kung fu, and jujitsu), while also competitively playing soccer throughout high school. Early into his college career he focused on health and fitness, mainly within the realm of bodybuilding. His cousin is married to four-time Mr. Olympia winner, Phil Heath, which further inspired Chris into studying bodybuilding as an art.

In 2006, Chris came across Gym Jones and Mark Twight’s training methodologies and philosophies. From there, he heavily pursued both Gym Jones training and CrossFit. Once he made this discovery, both philosophies helped shape Chris’ outlook on fitness. In 2007, he helped launch CrossFit Simi Valley. The path to further his knowledge and build his education started there and has never stopped. In 2012, he started learning under coach Brad Davidson of Stark Training in Irvine, California, taking Brad on as a mentor, especially within the fields of nutrition, supplementation, and training.

Chris holds a Bachelors of Arts degree in Creative Writing from California State University Northridge and is currently on a path to obtain a Masters in Creative Writing and Poetry there, as well. He is also a published short story fiction writer and poet. Chris’s main focus is to help people live happier, healthier, sexier, and stronger lives.