Children and sugar go together like bros and protein shakes, divas and booty shorts, or middle-aged housewives and Zumba classes. Every morning I see bright-eyed and eager students bounce around the schoolyard, hopped up on nothing but an enthusiasm to learn and sugar – lots and lots of sugar. In fact, scratch the enthusiasm. I think it’s just sugar that’s got them bouncing.

Considering an average child’s day normally begins by guzzling down sugar-laced cereals peddled by brightly colored mascots or fat-soaked donuts with bright pink frosting, it’s no surprise that in Australia the number of children on ADHD medication has doubled between 2002 and 2010 – from 245,791 to 507,168.1

Being a fitness professional, I would love to sit here and tell you that the inactive, sugar-fuelled diet of so many tweens is the sole reason for the rise in ADHD cases, but the jury is still out on that claim. However, that isn’t to say that your little tyke’s obsession with reaching Tenth Prestige rank in Call of Duty 4 whilst shovelling sour gummy worms, Cheetos, and super-sized slushies down their gullets isn’t doing them a significant amount of long term damage.

Whenever we do something we enjoy, whether it is running a marathon, hitting a new 1RM deadlift, or spending an afternoon on the couch watching Fresh Prince of Bel Air reruns and eating a tub of chocolate ice cream, our brain releases dopamine. Dopamine is the neurotransmitter that regulates what we find pleasurable and sets us off on a quest to seek out these pleasurable activities, regardless of what they may be.

When your child grabs that donut off of the bench for breakfast, fills up their cereal bowl with a crackling cereal, or sneaks a jelly snake from the canteen before school starts, their brains are flooded with dopamine. Just like with any other drug, they love the feeling of their insulin levels rising, that rush of energy, the sweet, smooth texture of the gummy goodness hitting their tongues, and they associate that taste sensation with pleasure. 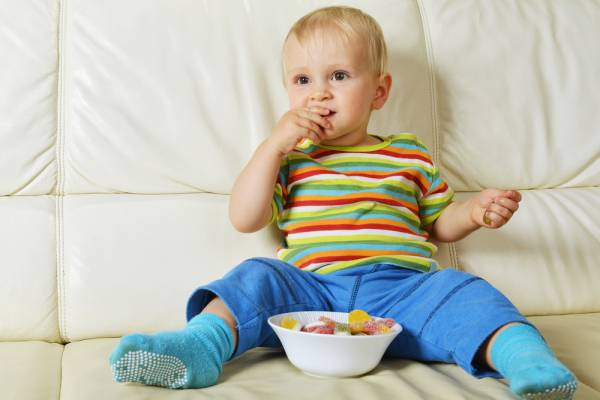 That would be all well and good – everyone deserves some pleasure after all – if it wasn’t shown that sugar is as addictive as cocaine. Åsa Mackenzie, associate professor of neuroscience at Uppsala University, conducted a study to test what sugar addicted mice would do when presented with cocaine or sugar. Surprisingly enough, the researchers found that the sugar-addicted mice, even when presented with cocaine, still preferred the sugar due to becoming hypersensitive to the substance, resulting in more sugar required via ingestion for dopamine levels to spike. Åsa Mackenzie concluded that, “Lower doses than normal are enough to increase the propensity to ingest the substance, and this is true of both sugar and cocaine.”2

It’s a harrowing comparison, sugar and cocaine. One is found in nearly everything a typical child or adult in Western society will consume on a daily basis. The other will have you locked up tighter than a bodybuilder’s glutes after leg day. And both wreak absolute havoc on a person’s dopamine’s levels. Dopamine levels that, when reduced through drugs or sugar intake, may cause substance abuse and disrupt dopamine signalling, resulting in motor hyperactivity and mimicking the symptoms of ADHD in teenagers.3,4

Considering, for a moment, that ADHD is over-diagnosed. It is a scary thought that maybe some of those children popping Ritalin don’t actually need the little white pills, but rather a breakfast filled with more proteins and fats (that’s right, I said fats) than sugars and carbohydrates. Such a breakfast would provide a sustained energy release throughout the day, increase concentration, and prevent their bodies from becoming dulled to the release of dopamine neuro-transmitters. 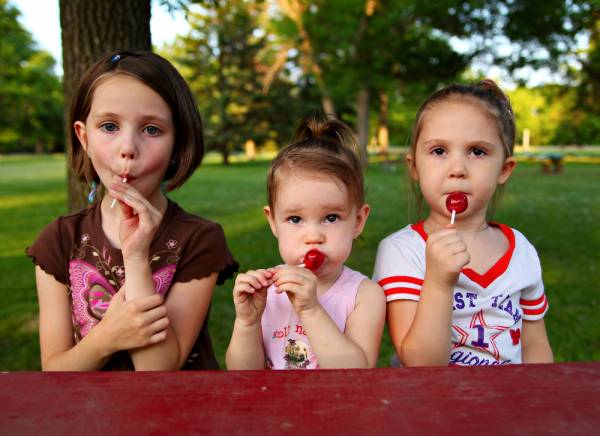 Unfortunately, excessive sugar intake in a child’s diet causes more problems than just ADHD symptoms (as if that wasn’t enough). Within our brains resides a chemical known as brain-derived neurotrophic factor (BDNF). BDNF is responsible for creating new long-term memories, learning, and higher order thinking. Exercise has been shown to positively influence the growth of BDNFwhilst diets high in sugars reduce the growth of BDNF, making it hard for kids to learn new things.5,6 So when your son comes home from school and says he didn’t do anything, maybe he really didn’t or maybe he did, but just can’t remember because of all that sugar he’s been eating.

Separating children from sugar would be nearly as impossible as separating me from my protein shakes and deadlifts. Even though we know why sugars are bad, children see sprinkles and their eyes light up. Sure, you could say no, but that doesn’t mean they won’t just buy it when you’re not looking, or take some off of a friend. Instead, try limiting your child’s sugar consumption when you are with him or her. Encourage your child to seek out natural sources of sugar, via fruit, and keep even that to an afternoon or after dinner treat.

It won’t be easy. They’ll kick, scream, bite, moan and groan but remember, dousing their brains with sugar can lead to drug abuse, ADHD symptoms, Alzheimer’s, and dementia (through impaired BDNF production). And that’s just not worth it.

Jonathan Precel is a personal trainer who has tried it all. From throwing up after completing a sub-four-minute Fran during his CrossFit days to working through periodized strength and power programs, Jonathan works on one simple philosophy: don’t knock it until you’ve tried it.

Back in his school days, he first turned to the gym to help with his basketball performance but once he caught the iron bug there was no escaping from it. His love of iron, his fascination of the human psyche, and his nerdy, deep-seeded love of all things super hero related eventually led him down a path whereby he could help people not only train their bodies to heroic-sized proportions but also their minds.

Despite having turned to teaching English at the start of 2010, his love of fitness, psychology, and motivation have not died down. Jonathan still advises people on how best to stay fit enough to survive the impending zombie apocalypse through personal consultation.