The Problem with Succession In Weightlifting

Top officials are well into retirement age while the generation that should be replacing them is often missing in action.

I want to talk about a problem that I see developing in the weightlifting world, that of succession. I have noticed via my officiating in Canada and the USA the greying of our leadership. Many top officials are well into retirement age while the generation that should be replacing them is often missing in action. A similar situation exists in the coaching department. At least there are some viable candidates there, but their seasoning will take time. A crisis could be looming if new bodies cannot be found quickly enough.

Each human organization, including those in weightlifting, faces the reality that the organization will eventually either need new managers or else face extinction. We see this when some gyms survive the exit of their founders or dominant personalities while others end up folding and thus sending their members to once rival gyms. This has also occurred at the organizational levels of the sport, from local one all the way to international ones. I am sure readers can think of a number of examples.

This reality is independent of the outgoing managers’ successes in building the sport. Since weightlifting clubs or governing bodies are similar to family run business in many ways they often face the same challenges when it is time for management change. Just like an aging patriarch, the leaders of these organizations may have been in power for many years, often to the satisfaction of the other members. “Let George do it,” seems to be the default attitude among many.

With the vast increase in weightlifters in recent years and their associated gyms and governing bodies the concern for succession is or should be, paramount as these groups age and/or expand. The problems associated with succession can be looked at in terms of two main persons, those of the founder and the potential successor. The former may or may not have actually founded his or her gym or been the local committee’s first chair. If they were a long-time subsequent incumbent they will, for our purposes, be similar in nature to a founder.

The Role of the Founder

The founder as the most influential person in the organization. Years ago he set up his own gym and it has been successful over those many years as its recognized coach. He might also be involved in the local weightlifting organization, or even higher, whatever its terminology. In the process, the founder has accumulated much prestige in the sport. He is the “go to” person for weightlifting in the area. He gets comfortable in his role and doesn’t notice the passing of the years. Why worry, there is always another year in him, at least.

Eventually, even he has to admit that his days, or at least years, are numbered. Health scares, grandchildren wanting more of his time, a wife ditto, or new interests can bring all of this on. Those who may have served as his assistants for years are now getting impatient, wanting more say in the gym’s business. More ominously, what with all of the CrossFit influx-ees to the sport there are now others outside the founder’s gym who are becoming competitors. That is not what he is used to.

The founder intuitively knows that “something is gaining on him” (as baseball great Satchel Paige was fond of saying) and he will have to face a future with a lower profile in the sport. At the same time, there is resistance to the idea. He may be resentful that a younger coach will have a fully developed team just handed to him that he took years of hard work to build. He has done this forever, why does he need to step aside. “Why am I no longer good enough?” he might wonder. “I’m not that old!” also is often in this mix.

Eventually, friends and relatives of the founder may indeed talk him into planning for his successor. It sounds like a great idea, especially when the founder has not yet handed over leadership to anyone yet. In due time a successor is selected, perhaps a long time understudy, perhaps a gym outsider. Whoever it is here will often be a transition period where both are involved in management rather than a sudden complete change. For a while, this will work well. The younger coach has a lot of great new ideas, he or she has been to many seminars and conferences so has a lot to contribute.

The founder may enjoy this, especially at first. After years of doing it all himself someone else is helping with the load—but beware of the “succession blues.”The founder often will then have second thoughts. The successor will then be undermined as the reality of an ever closer permanent change-over looms. He or she will also be discouraged and may see a move elsewhere. Then everyone is back to square one again, with no progress made.

This presents two damning alternatives. If the founder resists passing the torch, his would-be successor can, one, try to push the founder out prematurely. That seldom works. Or, two, the successor can resign and perhaps join a competitor’s gym. That also is not ideal from the founder’s point of view.

In short, the founder’s realistic acceptance of his or her sporting mortality undergirds and fosters the succession planning. Rejection of this reality will only frustrate it. Our sport needs innovative new leaders so we cannot afford to alienate anyone willing to shoulder these burdens.

The Perspective of the Successor

The founder may think that his gym is a viable business and can easily be handed off to others. A gym is a gym after all. But successors know that this is not necessarily true. Perhaps the gym depended heavily on the founder’s personality and networking. In that case, it may not be as valuable to a successor. The gym’s reputation may then have to be rebuilt. There is a silver lining in that cloud for the successor though. This will occur when the terms of the transfer are decided if the gym is being sold. In that case, only assets will be transferred, not any management expertise, and generally at a lower price.

The successor’s future will not just depend on his or her technical knowledge of weightlifting but will also involve a complex mix of financial, managerial, and interpersonal skills, along with funding considerations and other external factors. This is very different from what the founder might have experienced in simpler times.

To ignore these components is to court disaster. Maintaining the organization at the founder’s level will not be enough. Any business cannot stand still and still have long-run success.

This mix of success factors affecting the successor generates the need for expertise beyond that which resided in the founder alone. This is where an effective and skill-diverse external gym advisory committee as well as outside consultants can be useful. The former is essentially a club or gym board of directors. The narrowness of a single jack-of-all-trades coach is likely to generate a false sense of security as time goes by. 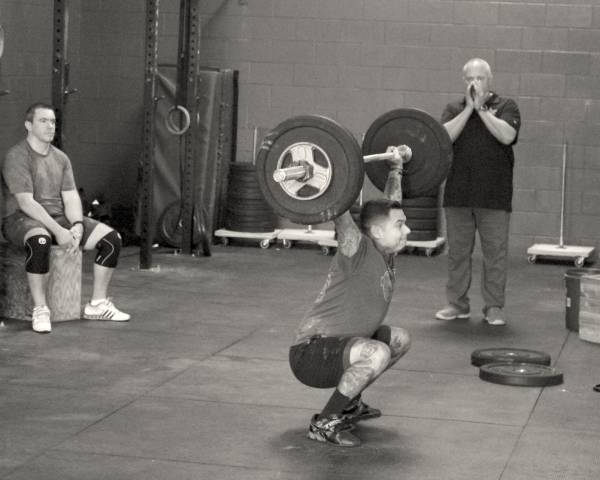 Thus the stage is set for the successor’s dilemma, a difficult set of circumstances that has bedeviled leaders for as long from ancient times to the present. We see it in Old Testament story of Saul and David, Britain’s King Henry II and son Richard Coeur de Lion, and in Shakespeare’s King Lear. You can add many more modern politicians to this list. The old guard found themselves unable to let go even after choosing someone to succeed them. In modern times even in sports organizations, the succession story plays out with similar themes.

The Role of Modern Sports

In many cases, weightlifting seems to have been organized around dominant, even entrepreneurial personalities. This was great for the promotion of the sport in its early days and for decades afterward. Today, however, the added complexity of modern sport demands new skills, ones not necessarily found in long incumbent leaders. It is difficult to be an expert in all areas. It may be that the skills needed today are not what was available in years gone by. If that is so, and it isn’t always so, many of our leaders would benefit from moving over and heading to their club’s board where they could continue to influence weightlifting at a dignified level.

Regardless of who takes over the club, it is always time to get back to the gym.