The Real Function of the Big Toe

The big toe has a more important job than finding the corners of furniture in the middle of the night.

The hallux (big toe) is considerably larger and thicker than the remaining four toes on the human foot, but why?

The hallux plays a key role within dynamic and static activities. For example, without a correctly functioning hallux, static balance is compromised, as seen in an experiment using a specially designed splint to restrict the function of the hallux.1 During movement, this becomes more pronounced and more dangerous if one doesn’t possess adequate foot structure or strength.

The Role of the Big Toe in Running and Walking

Starting with a walk, human walking gait is described as an inverted pendulum.2 Walking is low impact, meaning that a human may use a heel strike at the onset of each step. Body weight travels from the heel, across the outside of the foot as the center of mass passes in a sagittal direction over the foot.3 Bodyweight continues and falls inward (or pronates in) over distal ends of the metatarsals, and here is a critical point. The hallux needs to control this pronation to guide bodyweight forward, and it does this by pressing into the ground. The hallux controls pronation of the foot.

Pronation is sometimes described as destructive or an injury risk factor. However, you need some degree of pronation in order to fully utilize the foot. Pronation causes the foot to deform and absorb kinetic energy in each step. It’s even stated that this ‘windlass mechanism’ returns as much as 17% of the energy generated with each step.2 During human running gait, the forefoot will land first, as the impact would be too high for a heel strike, and more suited to a wider base of support.3 Now the hallux must continue to control pronation to allow the correct loading of the plantar fascia, or ‘windlass mechanism,’ as the heel touches down onto the ground.

It is when the hallux becomes misaligned, termed hallux valgus, that we see over-pronation of the foot which can shift the direction of bodyweight from the sagital plane onto the frontal or transverse plane,3 leading to a host of injuries, specifically ACL damage in female athletes and runners. In order to reduce these outcomes, the hallux must be abducted away from the second toe (see Fig. 1 right). Here, the hallux is at a much stronger mechanical position to halt this pronation and direct bodyweight in the correct plane. This function is unlikely with hallux valgus, also seen in Fig. 1 (left side). 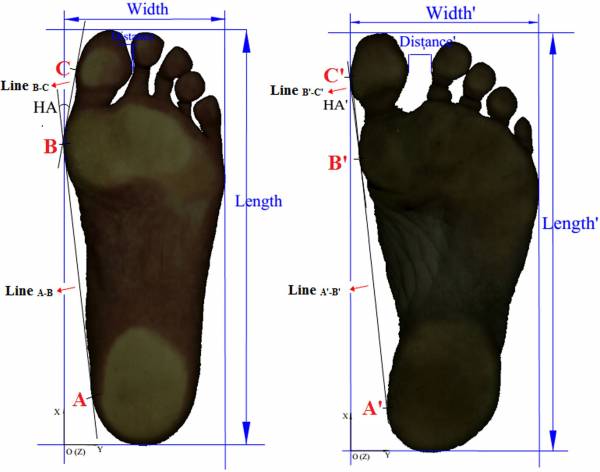 For sports which are running-based, it may be advised to take this into consideration within the context of the sport. For example, asking basketball players to train barefoot on the court may not be optimal, as they play in shoes. However, including a barefoot warm up along with specific foot strength and structure training may be enough to decrease the numbers of ACL injuries within the sport.

How can you wake up your weak feet?

Unlock Power and Performance With a Golf Ball