A torn anterior cruciate ligament (ACL) is among the most debilitating injuries an athlete can suffer. It requires surgical intervention and lengthy rehabilitation, significantly affecting both athletic performance and general quality of life. Female athletes in particular are four to six times more likely to suffer ACL injuries than their male counterparts.1 Though the discrepancy has attracted substantial attention from researchers, the reasons for it are not yet clear. Theories range from such physical factors as pelvic width to psychological factors such as a presumed tendency to overtraining and inadequate nutrition.

The female menstrual cycle has been considered as a contributing factor as well. Not only does it represent an obvious biological difference between male and female athletes, but the hormones involved in the cycle – estrogen, progesterone, and relaxin, among others – are known to play a role in muscle tone and joint laxity.

Still, exactly what role these hormones might play and what the implications are for injury avoidance remain controversial. A recent literature review by researchers at the Canadian Memorial Chiropractic College doesn’t offer much additional guidance.2 Though it analyzed thirteen different studies of the menstrual cycle’s effect on joint laxity and ACL injuries, the results were inconclusive.

As the researchers pointed out, most of the studies they considered – and indeed most studies of the role of the menstrual cycle in athletic performance – excluded women with irregular cycles, women using hormone-based contraceptives, or both. Disruption of menstrual cycles due to low body fat levels (amenorrhea) is not unusual in female athletes, and well over half of all sexually active women use hormone-based contraceptives at some point.3 It seems likely, then, that studies that exclude these groups may not be representative of all female athletes. 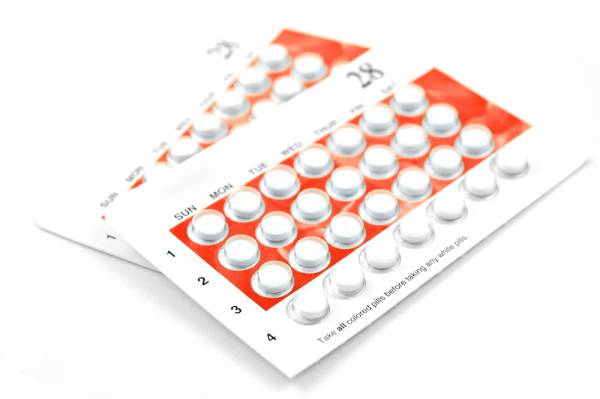 Most studies also relied on self-reporting to monitor menstrual cycles and did not actually measure hormone levels. More research is needed to determine whether the observed effects are due to absolute hormone levels or to the fluctuations in hormone levels in different phases of the cycle, and to identify the underlying biological mechanisms involved. In the absence of such studies, the researchers were only able to offer vague suggestions to athletes and coaches to “be aware” of potential hormone-related variations in joint stability.

Somewhat more usefully, an earlier review did find evidence that disproportionate quadriceps activation, relative to the hamstrings, can reduce the stability of the knee joint.4 Hormone-based contraceptive use – which tends to reduce cyclical fluctuations in hormone levels – appears to reduce this instability. While the reasons why are unclear, the correlation between quadriceps-hamstring ratio and knee stability suggests that training programs designed to balance the two may help reduce knee injuries.