The Slippery Slope of Novelty WODs in CrossFit

Birthday WODS, and their ilk, are just an indicator or a much larger issue – you don’t program. Think about it. If you have room in your schedule for birthday WODS, then you don’t have a schedule.

I hate birthday WODS. I think they are ridiculous. Now, before the torches come out, read the entire article and you will see that even I, rigid as I may be, still allow some grace for these shenanigans. Some.

I hate birthday WODS. I think they are ridiculous. Now, before the torches come out, read the entire article and you will see that even I, rigid as I may be, still allow some grace for these shenanigans. Some.

CrossFit and Programming: A Brief History

When CrossFit first appeared, the main site programming was really all there was. Many boxes simply adopted whatever was posted on CrossFit.com as their program of the day. That however, quickly gave way to boxes determining their own daily programming. And, since the CrossFit Games did not even begin until 2007, it’s a fair statement to say that boxes were programming mainly for the fitness of their members, rather than for competition, before that time.

But one thing was certain – we all loved ending up in a sweaty heap of our own blood and piss at the end of a WOD, laying face up, gasping for air. That was how we knew we had done something. Those 1-1-1-1-1 days that popped up were a disappointment, because it “didn’t seem like much of a workout” unless our very souls were crushed.

We, as a collective, knew little about long-term advanced planning or periodization. We believed that constantly varied meant, “make it up as you go along.” And make it up we did. The programming process started to look like a case of “how much can you pulverize your clients.” Since nearly everyone who begins CrossFit and even makes moderate changes to their diet will absolutely see a response in both their aesthetics and their strength and conditioning, we believed that more must be better. We started adding “cash out” WODs, because one workout wasn’t enough, and the warm-ups became workouts in themselves. Programming took on a hint of sadism – Heavy Fran, Heavy Grace, Double Helen, you name it. We threw everything we could at our clients because they loved it.

But birthday WODS, and their ilk, are just an indicator or a much larger issue – you don’t program. Think about it. If you have room in your schedule for birthday WODS, then you don’t have a schedule.

Full disclosure: Programming is a huge passion of mine. I would probably define myself as a programming snob. And for the life of me, I can’t understand how you can measure progress or even set someone on a path to being more fit without a plan. But trust me, I am guilty of the most cardinal of sins here – coming from a history of birthday WODS, novelty WODS (“pick a card!”), athlete’s choice (“name your favorite movement and we’ll make a WOD out of it!”), and my all time favorite, the “Candy Bar WOD” (You will have to private message me for that one).

I realize that CrossFit’s “First Pillar of Fitness” is to be constantly varied. Constantly varied, however, does not mean pulling your daily programming out of a hopper. And how do you create a long-term growth plan for your clients unless you either follow a specific program or write your own?

By program, I am really talking about a periodized, intentional, crafted cycle. Here are some examples where periodization assists in charting progress and achieving goals: 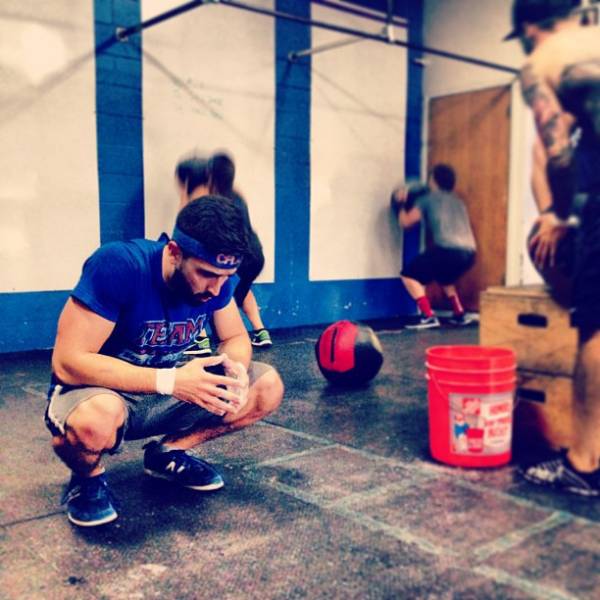 When I was training for the CrossFit Games this year, my coach, Stephen Flamm, knew I needed to improve my conditioning. He developed a structured method to do so, involving, among other things, weekly row sprints. It looked something like this:

You see the pattern. The final week consisted of 12 x 500 row sprints, at a 1:46 or better pace, with a 2:00 second rest. Measured, structured, incremental progress toward better fitness.

And whether I am training for the CrossFit Games or just wanting to be more fit, that deliberate path toward being able to row twelve sprints at 1:46 works. Sure, I could do “heroes and girls” every day and all day, but I would still not be able to row a 1:46 twelve times.

Just Say No To Drugs

How many times have you heard or read this: “My first WOD was the Filthy Fifty, and I was hooked!” You never hear “My first WOD was 5 sets of 5 deadlifts, and I was hooked!” We fall in love with CrossFit because of that first ass-kicker. That’s the drug! Unfortunately, we often spend the remainder of our CrossFit careers chasing that high. We metcon, metcon, and metcon, until we’re chewed up, spit out, deconditioned, soft, or worse.

And box owners are often guilty of being the dealers. We know the strength component often bores the client. We know they want their “fix,” and we’re guilty of providing it to them, sometimes to the detriment of their overall fitness. We give them heroes and girls. Birthday WODs, novelty WODs, and a haphazard mash-up of meaningless junk.

Now, to be fair, the tide is turning. Many, perhaps even most, boxes are transitioning from the daily crap-shoot into a focused strength and conditioning program. On the other hand, I follow a lot of boxes on Facebook, and I still see a preponderance of novelty. 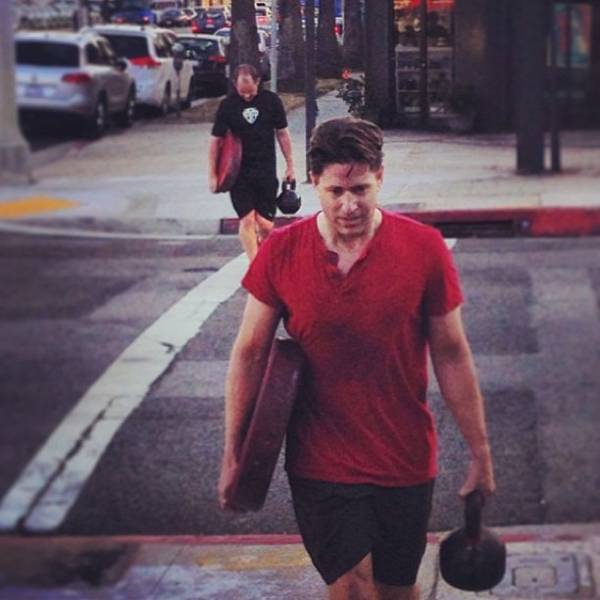 Now here’s the promised grace. Yes, it’s okay once in a while to fall off the tracks – to do Murph on Memorial Day, and Grace for your Barbells for Boobs event. It’s even okay, once in a great while, to throw caution to the wind and say, “You know what? Today we’re going to have fun. Put your pencils down, everyone, we’re doing the Filthy Fifty.”

But to go off the plan, you need a plan to begin with. Not a three-day plan. Not even a thirty-day plan. But a real, periodized plan consisting of macrocycles, mesocycles, and microcycles. This is true, I would argue, even if you are not prepping a team or individuals for the sport of CrossFit but just for the purpose of fitness in general. Khalipa and Froning are outliers. On the spot works for them. It does not work for the masses.

I’m certainly not trying to take the fun out of CrossFit. But I can assure you I have much more fun seeing my progress manifested in new personal records, better overall conditioning, and being able to truly compare and contrast my performance over a previous cycle than any WOD whose rep scheme looks like 11-28-62.