The Wai Kru: What That Funny Dance Muay Thai Fighters Do Really Means

If you’ve ever watched a traditional muay Thai match then you’ve seen the dance the fighters do before the bout begins. It’s known as the wai kru and it has deep meaning and history in Thai culture.

If you’ve ever watched a muay Thai match, then you know at the beginning of every bout you see the fighters perform a ritual dance. For Westerners, it may seem strange or tedious, but this dance has deep meaning to muay Thai practitioners. It is called the wai kru ram muay, and is generally referred to as the wai kru.

The Purpose of the Wai Kru

The wai kru is performed by fighters in order to pay homage to their teachers and family and to bless themselves with victory in the ring. It is the closest thing muay Thai has to a “form” or “kata,” which are detailed choreographed patterns of movement usually performed in traditional Chinese, Japanese, and Korean martial arts.

Each fighter’s wai kru is unique to their training camp and has been passed to them by their teachers. Over time fighters will slightly modify their wai kru by incorporating different techniques in order to personalize the ritual. Some of these techniques include stomping in front of their opponent’s corner or imitating shooting arrows at the opponent’s corner. Both actions are seen as a show of confidence, challenge, and intimidation.

The wai kru is sacred to the Thai culture and should not be taken lightly by those attempting to perform it. Performing a poor wai kru can be seen as an insult to your teachers and cause an individual to lose face in the eyes of his or her coach and classmates.

The Headpiece and Armbands 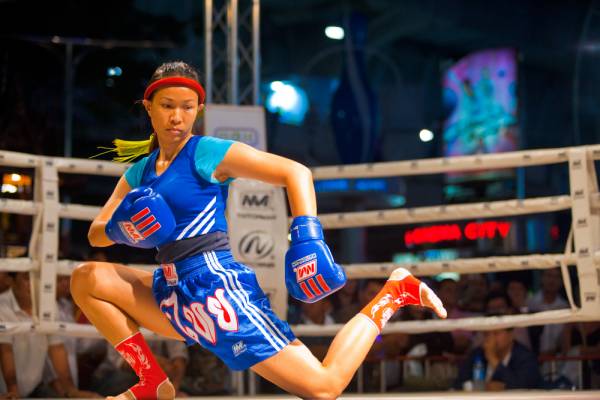 Before entering the ring, fighters are adorned with a headpiece called a mongkol and armbands called prajioud. Both the mongkol and prajioud are blessed by Buddhist monks and are believed to bestow the wearer with victory and protection in the ring. Traditionally, the mongkol is never to be touched by the fighter and handled only by his coach (kru). The mongkol is also never allowed to come near or touch the ground, as it is believed doing so will cause it to lose its blessing. This is the reason all fighters will enter the ring by going over the ropes, never underneath. After the wai kru is performed, the coach will remove the mongkol while praying with the fighter before the bout commences. Unlike the mongkol, the armbands may stay on the fighter while fighting.

There is a belief is the United States that different colors of prajioud represent the rank of the fighter. I will take this opportunity to say that this is completely untrue. Ranking systems in muay Thai are the creation of the Western World. The only belts or titles you will ever receive in muay Thai are the ones you earn in the ring. 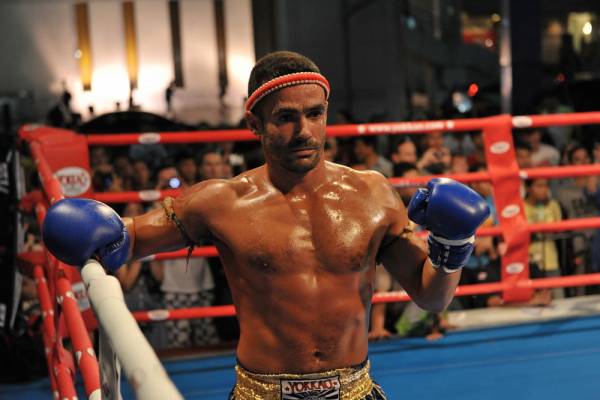 Upon entering the ring the fighter will first “seal” the ring to block out any outside negative forces before commencing the wai kru ram muay. To do this the fighter will circle the ring counterclockwise and pray for a short time in each corner. While transitioning from corners, the right hand always remains in contact with the rope with the left hand raised to the fighter’s face. Once the ring is sealed, the wai kru begins. Wai kru rituals can take up to five minutes to perform and it for this reason that they are often abbreviated when performed in the United States.

Some of the professional muay Thai fighters with exceptional wai kru dances are: Buakaw Por Pramuk, Sanchai Sor Kingstar, and Malipet Sasiprapa. Here you can see a shorter wai kru from Buakaw:

In conclusion, the wai kru is a deeply meaningful performance that has been a part of muay Thai for centuries. If you ever have the opportunity to watch a live muay Thai fight please do not boo the fighters if they choose to perform the wai kru. It is a beautiful part of the martial art and should be respected and admired by its spectators.