Many lifters acknowledge that eccentric muscle actions may have a greater potential to elicit gains in strength and size. In a recent Journal of Strength and Conditioning Research study, researchers provided some advice to help us design good eccentric lifting programs. 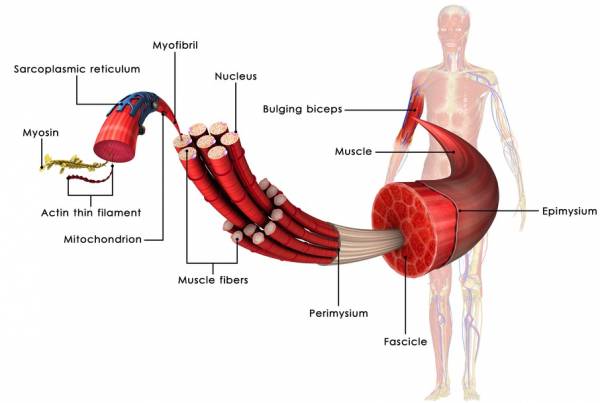 Normal lengthening with no load is a gentle process that requires energy to perform. Much like the contraction above, unloaded muscle lengthening requires energy to unbind the myosin from the actin so that the muscle can lengthen smoothly. In fact, the lack of availability of energy to release these bonds is what causes rigor mortis after a person dies.

Most people think of the eccentric action process as being like the muscle lengthening described above, but it is not. In an eccentric action the muscle lengthens, but because it is resisting a load, the myosin still binds chemically with the actin. Instead of chemically releasing the crossbridge, or the point of contact between the two, the fibers are mechanically separated. That is to say, they are forcefully ripped apart.

For these reasons, eccentric actions cause more muscle damage and usually more soreness than concentric actions. They may also result in greater strength and size gains, due the increased stimulus. However, the researchers in the Journal study noted that most of the research done on the capabilities of muscles in exercise were done on either concentric-only actions or the standard concentric and eccentric muscle action.

Thirty men were tested for their one-rep-max (1RM) on the bench press, both concentric-only and eccentric-only. Using those maxes, the subjects performed the most reps (again, either concentrically or eccentrically) at 60%, 70%, 80%, and 90% of each action’s respective max.

Based on these results, the researchers concluded:

These data indicate that eccentric muscle actions yield increased force capabilities (~120%) as compared to concentric muscle actions in the bench press and may be less prone to fatigue, especially at higher intensities. These differences suggest a need to develop unique strategies for training eccentrically.

Because normal gym training involves moving a weight eccentrically and concentrically in the same rep, the eccentric portion of the lift is often underloaded. The researchers suggested a portion of the strength and conditioning program be focused on properly loaded eccentric-only actions in order to achieve the greatest results.