Use the Hammer for the Nails: How to Choose Your Training Tools

If you were building a house you’d use a hammer for the nails, a screwdriver for the screws, right? So how come you’re not so wise when it comes to your workouts? Let’s start using the right tools.

Every now and then something so blindingly obvious leaps into my head and is so startlingly clear that I am amazed I never thought of it before:

And if you were building that house using the wrong tools to accomplish your task how well made do you think that house would be? Would it be strong and sturdy or at risk of blowing over in the lightest breeze?

Last week I got an email from a trainer who is incredibly strong. He’s been getting ready for the RKC over the last few months and now has the fitness to go with his strength to last the weekend. Or he did up until the point that he tore his bicep doing heavy tire flips as a finisher for his workout. After we got past the obvious questions about whether he was all right and if he was having surgery (for the record he isn’t and may still be able to do the RKC) it started me thinking.

Heavy tire flips are essentially like power cleans. We’ve all seen the videos on YouTube of people flexing their spines and generally trying to herniate discs while doing tire flips for fitness, I’m sure. But here’s where the realization hit me: use the hammer for the nails.

If you want strength then you need to use strength exercises. Training for maximal strength means you need relatively big loads, which places you at some risk. Exercises like the back squat, power clean, and deadlift are high on the list here for gaining strength. 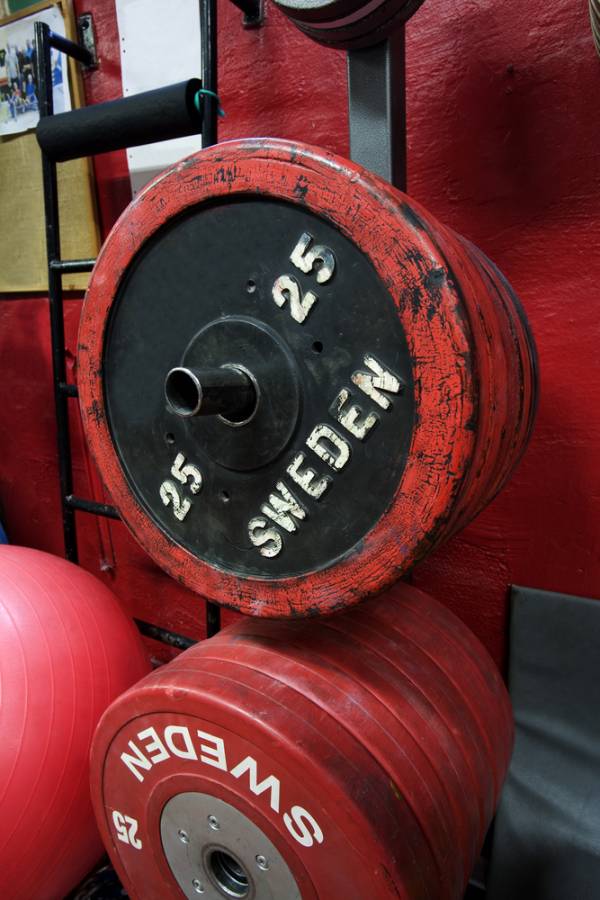 The thing you’ll generally find, when training for strength, is that coaches won’t recommend doing these for high reps (in this case beyond five reps could be considered high) nor will they advocate attempting the next set without total or near total recovery. It’s not unusual to see weightlifters rest three minutes or longer between sets to make sure they can lift the big loads they need to in training. The reason for the low reps and the long rests is to firstly ensure that peak loads are lifted and secondly for safety. Sloppy reps cause injury.

But now we see people wanting to use strength exercises for conditioning. You see? We’re trying to use the hammer to cut wood and then we’re surprised when something goes wrong. (And if you had a father like mine, if you ever did try to smash a piece of timber in half with a hammer the first injury you probably got was a sharp stinging sensation across the back of your head for being careless around tools).

So this magical realization, which I’m planning to patent, is simply this:

Use strength exercises for strength. Use fitness methods to gain fitness.

This isn’t a debate about CrossFit workouts either. As far as I am concerned CrossFit is a sport and, like all sports, there are certain risks involved in training for and competing in that sport. If that sport happens to involve bouts of high rep, high skill exercises then you had better practice them so you can compete on game day.

For everyone else, however, it might be smarter to look at ways to train that aren’t so dangerous to use when it comes to conditioning. I really like idiot-proof exercises for fitness. If I’m going right to my limit, to the point where all I can hear is the boom-boom-boom of my heart beating in my ears and my main concerns are finishing the set and not wetting my pants, I want to make sure I don’t need complex motor skills.

Running on sand is a good example of a low skill fitness exercise that will absolutely wreck you, yet has very low risk. Sled pulls and Prowler pushing are also up there on the list. Swimming in rough surf is not a good choice (and incidentally is why the swim is first in triathlon – imagine the carnage from forcing competitors to swim the 3.8km of the Ironman after a marathon).

But there are some lifts that are, to me, too risky to use. If my goal is to work on the heart and lungs then my concern shouldn’t be about total load lifted (again, not talking about competitive CrossFit competition here, just conditioning training for those looking for anaerobic fitness). As much as I admire greatly the feats of the CrossFit Games athletes, I have to say I don’t think I’ll ever advocate high rep barbell snatches during a workout. There’s that hammer in the wrong place again. 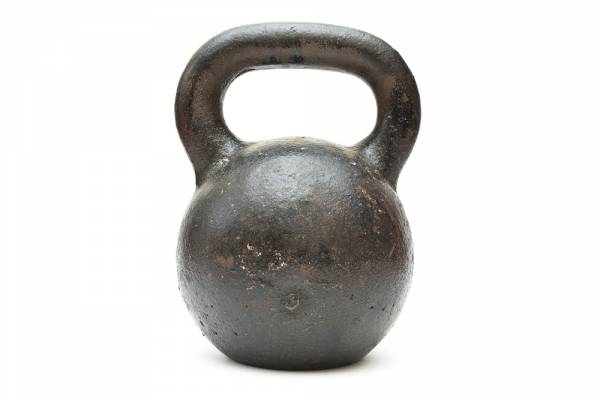 But changing a single thing could make that safe. If we substituted kettlebell snatches for barbell snatches all of a sudden we have a tool that is designed for strength endurance work that can be used for high reps far more safely. So the problem isn’t the exercise but the tool we’re using – quit trying to use the hammer for the screws.

Going back to my trainer friend with the torn bicep, I was struck by two thoughts. The first was that what constitutes heavy for him is probably ridiculously heavy and using a heavy, high skill exercise for conditioning was a recipe for disaster given his strength levels. And second, being that he’s only two months away from the RKC, why on earth would he be training for the RKC with anything but kettlebells? If the kettlebell is the tool of the RKC then the RKC weekend is a three-day hammer festival and I’ve yet to see tire flipping feature during any part of the weekend.

So not only does the tool analogy fit both for using the right kind of exercises at the right times, but also in looking at how we should be training for our events. If your event involves a single tool, like weightlifting or the RKC weekend, then why spend time using the wrong tool for that job? And if you’re after strength, or fitness, use the right tool in the right way to get the job done.