Want to Be a Better Runner? Then Slow Down

The secret to being a better runner isn’t more intensity. It’s wise use of easy and intense training sessions.

There’s a well-known Australian track cyclist named Brad McGee. He won the 4000m individual pursuit at the Atlanta Olympics in ’96. For two weeks after he had an elevated resting heart rate. That’s the effect a single hard hit out can have on you.

Another well-known Australia swimmer named Grant Hackett – one of the greatest swimmers of all time – used to start tapering for the Olympics over a month out in order to cope with the massive fatigue he’d accumulated in the build up.

I’m not suggesting you never go hard again. But unless you want to spend your life perpetually trying to dig yourself out of a hole, you might need to embrace the necessary easy side of training.

When Is Hard Training Appropriate?

Many people seem to be stuck on a never-ending loop of needing perpetual recovery. Given the fitness world’s obsession with high-intensity training, many exercisers end up in a cycle of constantly needing to burn sugar to deal with their high-stress, cortisol-producing training. Every week is an effort to see how much they can withstand, instead of how much they need to improve. And that’s the reason we train in the first place – to improve.

“Tissue adaptation for running takes a long time. Your muscles and cardiovascular system will adapt long before the connective tissue and joints do. Try to go too hard, too early and you’ll pay the price.”

Sure, many runners get to the point where they “need” to go run. While they don’t need to run in the same way they need oxygen, it is still an important way for them to relieve and relax their mind. But the point of training remains one thing – to improve.

When you’re starting out, you shouldn’t worry about how fast you can go. What you need to worry about is whether or not you are enjoying it. Nothing in the world can make you work hard at a voluntary activity if you don’t enjoy it.

RELATED: How to Save Your Runner’s High From Becoming a Runner’s Low

Do you think you’re more likely to have longevity as a runner if you come in from each run smiling and feeling energized or as if you’ve just been beaten with a stick? I can tell you now that hard runs on cold mornings that bring on exercise-induced asthma and leave you coughing for hours afterward, or maybe even for a day or two, aren’t much fun.

“There are many movement-based groups these days pushing the idea of resets that get the body out of its hunched daily position and ready to excel athletically. The greatest reset of all is fast running.”

To begin with, learn to enjoy running. Learn to enjoy the sun, or the rain, on your face. Enjoy not being bottled up inside like a science experiment and feel the energy you get from being outside. Notice that the more time you spend outside, the less you will seem to get allergies like hay fever. Learn to appreciate the small things like the wind at your back, a small downhill section, or a new pair of socks. Be thankful when a friend or partner notices your legs are long and lean like a racehorse or that you dropped a few sizes. 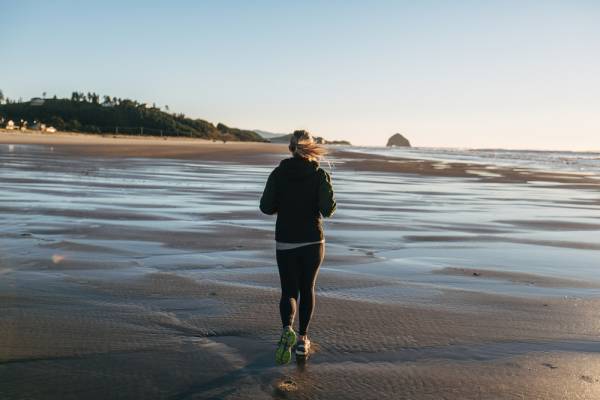 Allow Your Body to Adapt

One of the books that made the most difference to me as a coach was Enter the Kettlebell. It stuck in my head that when it came to the snatch, the author (Pavel Tsatsouline) suggested that in your first year of kettlebell training you shouldn’t snatch much. His reasoning was that it often proved hard on people’s shoulders and elbows and was likely to tear up their hands. Running hard is like that.

Tissue adaptation for running takes a long time. Your muscles and cardiovascular system will adapt long before the connective tissue and joints do. Try to go too hard, too early and you’ll pay the price.

RELATED: You ARE a Runner: 5 Tips for Getting Started

But at some point if you want to make that leap to faster times and better performance, you will need to push the boundaries and run harder. There are few things I’ve found in life that hurt as badly as sustained fast running. I can ride my bike hard enough to lose vision in one eye and dribble (true), but it doesn’t hurt as badly as running does. I can swim until I vomit and it’s not as bad. And I can row until I collapse off the ergometer into a gasping, fetal ball, but it still doesn’t hurt like running does.

“A little bit goes a long way when it comes to using intensity in running, particularly if you’re new to running. If in doubt, do less fast running and more aerobic running.”

When you run fast the world seems to close in on you. Your wide field of vision filled with colors, smells, and sound will gradually get smaller. Colors become monochromatic. Sounds other than the thumping of your heart and the whooshing of your breath cease. Your sense of smell will disappear, as well.

Running is incredibly complex for your body to do. That’s why so many people are so bad at it. When you ask your body to run fast for extended periods, your body has to shut down non-essential feedback. Everything goes into forward movement and foot placement.

But within those moments of pain, in your little cocoon of speed, you’ll be more alive than maybe you have been for years. For centuries, the human body has adapted to allow us to run far and fast. 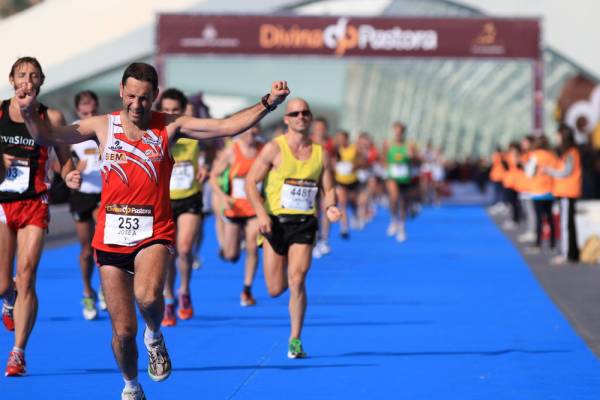 When and How to Run Fast

There are many movement-based groups these days pushing the idea of resets that get the body out of its hunched daily position and ready to excel athletically. The greatest reset of all is fast running. Short stints of hard running will do things for you that no other form of exercise on the planet can.

While there is no shortage of ways to run fast – VO2max efforts, fartlek and interval training, and sprints, to name a few – we’re going to focus on just a couple. My basic run plan for clients calls for easy-to-moderate, aerobic-only running. When it comes to harder sessions, I use a small number of cruise and tempo intervals to add speed.

Both serve a purpose, if used wisely. You’ll note that although both are faster than our easy aerobic runs, neither is “fast” when compared to sprinting speeds that require all-out running.

“When you run fast the world seems to close in on you. Your wide field of vision filled with colors, smells, and sound will gradually get smaller. Colors become monochromatic.”

One of the things about training at higher intensity is that it can often sneak up on you. Even hanging out for a few minutes too long with a heart rate only a few beats per minute too high can cost you later on. That great run you had where you smashed your normal loop record but left you with heavy legs? That’s the result of the trauma caused by going too hard for too long or too often.

My two favorite ways to use these sessions are easy to follow. For tempo intervals I start people with a single fifteen-minute block within an otherwise easy run. For example, it might look like this:

To begin, I’d only add one of these sessions per week and I’d monitor the results. Remember, our intention isn’t to do the most we can, but the minimum we can do and still improve from. When it comes to using intensity in training, a little bit goes a long way.

READ: A Week-by-Week Guide to Becoming a Runner (Later in Life and/or Safely)

As the client progresses we could add in a second tempo interval to the same run,or add it into another run, which works a bit better as it allows for more recovery between hard efforts. Two mostly easy runs with short segments of faster running are far easier to recover from than a single run containing two hard segments, even though the total amount of hard running is the same.

“Rely on the easy runs to build your running, and then add in one of the interval sessions per week for some speed work. Not one of each. One.”

Cruise intervals are particularly useful for those entering events like a Spartan Race, which feature obstacles and essentially turn the course into a series of shorter runs. I used this strategy when working with April Dee who has been the dominant female Spartan Race athlete for the last two years. 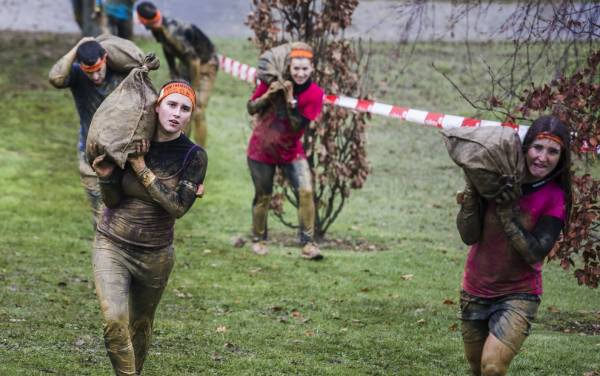 For an added bonus, and because Spartan makes great use of the terrain as an obstacle, I had April do these sessions uphill for the faster segments and downhill for the easy segments to enhance recovery while building strength.

A Little Goes a Long Way

Rely on the easy runs to build your running, and then add in one of the interval sessions per week for some speed work. Not one of each. One.

A little bit goes a long way when it comes to using intensity in running, particularly if you’re new to running. If in doubt, do less fast running and more aerobic running. Consistency is the key to a lifetime of sustained health and fitness, not intensity.