As foreign as it may seem now, there was once a time when virtually every human was full of vitality and physical resilience. I am talking, of course, about the ages before the dawn of civilization.

Although those people were far from educated about health and physiology, they didn’t need to be. Their lifestyles toughened them by necessity, and if they could escape lethal threats to their lives – including famine – they were generally free of chronic disease.

Because modern civilization has strayed far from that simple state, so too has the business of keeping yourself healthy. Most people don’t move enough unless they purposely resolve to do so. Most people don’t sleep enough or spend enough time outdoors regulating their circadian rhythms and soaking up sunshine.

This is where knowledge about staying healthy and a community of like-minded people are crucial. You need external stimuli and support to keep you on the healthy path to awesome.

And although the practice of health is not quite mainstream, there are plenty of passionate coaches, gyms, and organizations out there spreading the word – making a difference. We’re changing the world, slowly but surely.

It is a travesty there is such widespread ignorance about health and fitness, but pioneers are pushing back the tide. Not just because of the statistics about public health, but because humans as a species, as living things, should be more in tune with their bodies. Like Erwan Le Corre of MovNat said – we are zoo humans, trapped by ingrained sedentarism and a lack of individual exploration.

In my high school history class, the teacher mentioned a phenomenon called spontaneous tradition. As opposed to deliberate tradition, where leaders explicitly devise and experiment with practices to bring the best results, spontaneous tradition arises from communities undergoing natural trial and error over time, remembering which habits served them best.

“Like Erwan Le Corre of MovNat said – we are zoo humans, trapped by ingrained sedentarism and a lack of individual exploration.”

We need more of a deliberate tradition regarding health and movement. This day and age is marked by unprecedented physical illiteracy. Innumerable women – including my own mom – think lifting heavy stuff will make females bulky and therefore unattractive and more masculine. People sit for hours, and then have trouble performing a basic bodyweight squat. 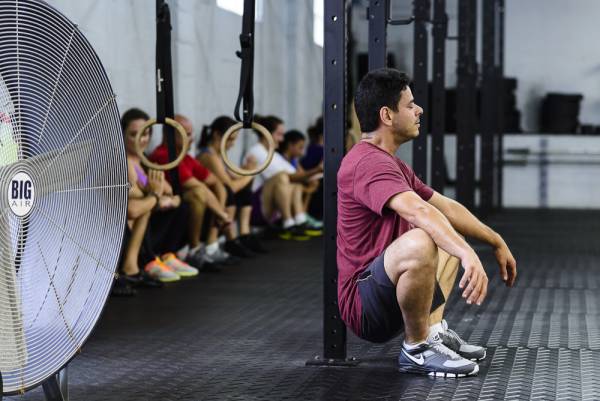 Yes, there are sports, health clubs, and even movement retreats the truly dedicated can partake in. All of these are examples of deliberate tradition, and they are good. But am I dreaming for too much when I hope that spontaneous tradition in physical culture may one day make a comeback? People, not even those with express goals of improving their health, using free time to move and explore rather than surfing YouTube? This would be ideal, but it doesn’t happen because the masses today are disconnected from their bodies.

“[A]m I dreaming for too much when I hope that spontaneous tradition in physical culture may one day make a comeback?”

The Hard Work of Movement Communities

I believe we can transition from deliberate tradition to spontaneous tradition in time. Most of the change will be achieved through the hard workers out there: coaches, physical therapists, gym owners, researchers, and athletes. Each organization that works with human health may have different specific goals, but their efforts have an overarching synergy.

Whether it’s Onnit and its message of “Total Human Optimization,” Gold Medal Bodies and their simple calisthenics philosophy, or Breaking Muscle, an amalgam of everything for the serious athlete and the average family, the curtain is being pushed back. The consummation of their work will be when we can look around and see spontaneous and joyful movement from everyone.

RELATED: 3 Basic Drills to Improve Your Strength and Movement

This is why I look at strength and conditioning communities, as well as health communities, with respect and gratitude. They relentlessly practice their movement craft, slicing through troves of misinformation like a hot knife through butter. There are countless groups and people out there: MobilityWOD, Dragon Door, Mark Sisson, to name just a few. All together, they disseminate enough high-quality information for you to avoid injury and disease for a lifetime.

A Modern War Against Unhealthiness

Modern life has made being healthy a challenge, and we have public administrations in charge of health that are nonetheless presiding over decidedly unhealthy populations. They are doing the best they can, grappling with special interests and politics, but they need help. Sometimes, as with thehttps://health.gov/dietaryguidelines/2015/, health officials come out with information that does not help everyone. Most of the time, there are those who don’t listen to their declarations: they come from far-away health officials who don’t know an individual’s history and seem to be backtracking almost constantly.

“Dedicated strength and conditioning professionals – who not only help athletes but also are excellent at aiding the general population – are the soldiers on the ground everywhere.”

This is a war against unhealthiness that is profoundly hands-on. Dedicated strength and conditioning professionals – who not only help athletes but also are excellent at aiding the general population – are the soldiers on the ground everywhere. They are fighting not against a tangible enemy, but a debilitating, pervasive way of life. They are here to help and here to stay.

As an athlete, though, Helena did not have such early experience. She took recreational tennis lessons from first grade through the end of middle school. But she had great reason to be scared of the mile-run test in gym class, which required a walking break for her the first time around. With the yearning to crush the mile run, in order to earn the Presidential Fitness Award, came the beginning of Helena's avid and first serious exploration of fitness. She started running every day and improved her mile time by a minute and a half, on her own. But that was just the start.

Since then, Helena has exposed herself to innumerable ideas on health, fitness, athleticism, and lifestyle through blog reading and training. Her goals now are simply to become the best "primal" athlete she can be and become a master of human movement. She appreciates CrossFit's athletic paragon, the sprinter-gymnast-weightlifter, and although she currently is just a sprinter in track and field at her high school, she hopes to participate - well - in all three sports in her future, and hopefully many, many more.