As a parent I’ve found avoiding processed food to be a challenge. Even going to the health food stores to do my shopping doesn’t solve the problem. I want my kids to eat real food, but there are so many things about processed foods that make them alluring, especially with young children.

They tend to be on-the-go snacks my kids can eat in the car or other places where I can’t let my two-year-old display her savage table manners. They’re usually cheap – not always, but often. And then there’s also the advertising factor. If I give my 4-year-old the choice between a little carton of crackers that look like fish and a piece of fruit, she’s going for the cute little fishies no matter how much I preach about the benefits of kiwi.

The solution is pretty simple when kids are young: either don’t give them that option or just say no when they ask. But what about when they get older and are out there on their own?

Some people might think it’s a bit ridiculous to be concerned about something like eating processed food with all the other pressures of life, but a diet high in processed food has significant effects on overall health during childhood, adolescence, and the teenage years – not to mention adulthood. Here are just a few health concerns processed food has been linked to in children:

Naturally, all these studies have limitations, but it does seem that feeding kids a highly processed diet has ramifications for their long-term health. But there’s an underlying question here: what exactly are processed foods anyways?

Snackables and Gogurt are obvious examples, but it gets ambiguous when you consider the majority of foods in the grocery store that are packaged, including ‘natural’ and ‘organic’ foods. 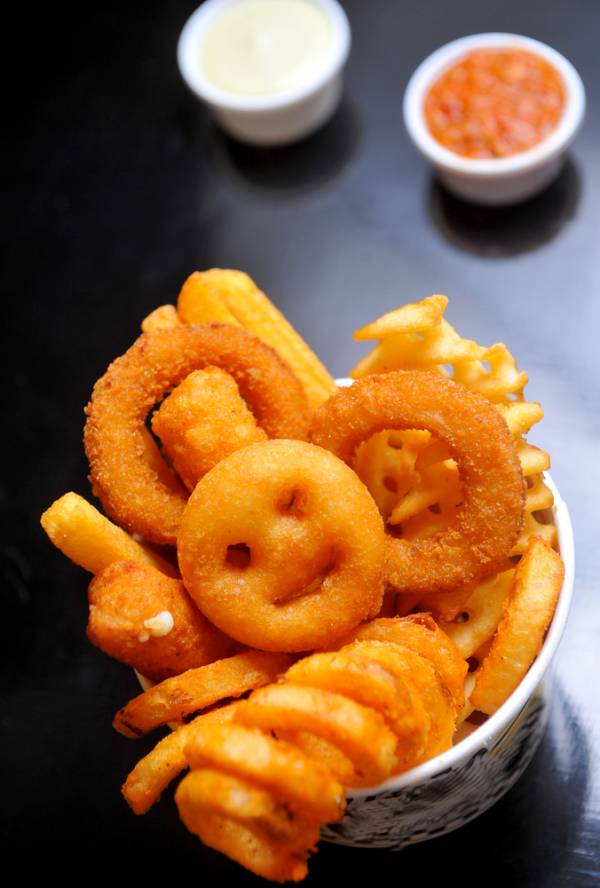 Here is my list of the top ten offenders when it comes to determining how processed a food really is. The next time your child is begging for a brightly packaged treat, take a look at the food label before you answer and see if it contains:

This is just a start, and there are, unfortunately, many more long lists we could make. But aside from nutrition labels, I’ve found that avoiding processed food isn’t just about eliminating certain ingredients.

If you want to avoid feeding your children processed food, you really have to shift the way you look at food and food preparation as a whole. For our family, moving away from processed food has only been one part of an overall process of enjoying food together as a family. It’s about mindful eating and responsible food choices.

So next time you’re about to grab a sugary processed snack for your child, ask yourself why you’re making that choice. If it’s because you’re in a hurry or you’re looking for a bribery token, take a minute to consider that motivation. You are the parent and you are responsible for your child’s health. Look at that responsibility in a new light – as a privilege, and not merely a burden.

1. L. Pelsser, K. Frankena, et al. Effects of a restricted elimination diet on the behavior of children with attention-deficit hyperactivity disorder. The Lancet, 2011