You can’t simply decide one day to be a 20th-century music composer and just bang pots and pans, set a piano on fire, and call it a New Music Festival masterpiece.

You have to work your way through years of training, learning, understanding, technique, and history, and learn every nuance of your art. You need to become a student before you can become a master.

You’ll recognize real students of weightlifting. They are the ones who have not only spent years perfecting their technique, through thousands of hours of reps at their local weightlifting club, but in addition, they are the ones who know their sport inside and out. These are the people from whom you’ll hear things like “Did you see Lin hit that 145? That was sick!” and for whom their “total” has nothing to do with deadlifts, presses, and back squats.

“You need to become a student before you can become a master.”

I graduated from my CrossFit L1 in May 2010 and for some reason, after a weekend of PVC pipe work, thought I was qualified to coach lifts. I even went so far as to start a weekly weightlifting class at our box where I proceeded to try to coach others in the snatch and clean and jerk in what was the most egregiously erroneous method known to man. I have written on this before, and have no shame in admitting it. I was horrible. 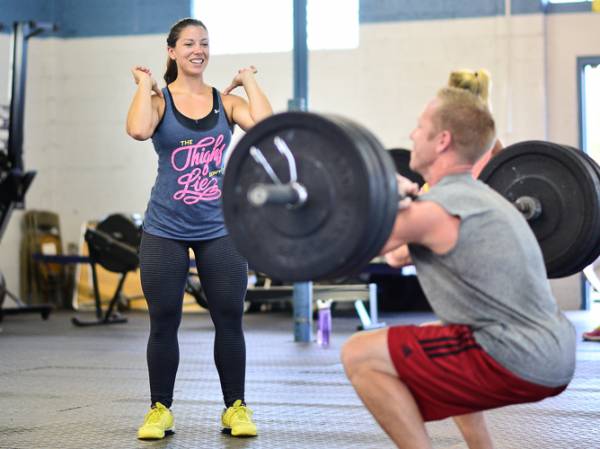 RELATED: The CrossFit L1 Cert Doesn’t Make You a Coach

It didn’t matter that I spent countless hours watching YouTube videos and researching techniques. I had no practical, hands-on experience other than what I knew how to do myself. In other words, I could get a bar from the ground to overhead, but I had no clue as to how I was able to do that. So, I would simply use cues that accumulated over time through online chatter. “Hit yourself in the belly button” and “Shrug the living shit out of it.” If someone kept failing, I was clueless as to how to help.

“[I] could get a bar from the ground to overhead, but I had no clue as to how I was able to do that. So, I would simply use cues that accumulated over time through online chatter.”

It wasn’t until I began visiting a local weightlifting coach, Chris Cleary from Cincinnati Weightlifting Club, that I realized I knew absolutely nothing. I spent roughly eight months, two nights a week, lifting at the club for two to two-and-a-half hours, before I finally began to understand the basic mechanics of the lifts. Whether I was qualified to teach them at that point is still debatable, but I would dare say I had a better chance than most at conveying proper technique and cues.

Hours of Coaching and Reps of Lifting

The odds of a CrossFitter becoming a great lifting coach without those hours are slim. There mere fact that someone has either become a strong lifter through trial and error or become a sought-after coach by way of celebrity, does not translate to a person who can correctly coach the lifts.

“The reality is even the top-tier CrossFit athletes and public personas often do not have anywhere near the training and reps under their belts that even mid-level weightlifters have.”

At least, that’s how I feel when I see CrossFit HQ videos where they are trying to educate others on the snatch and clean and jerk. There are some classic CrossFit cues like the misuse of the shrug that drive me bonkers. As soon as I hear just one CFHQ instructional video talking about “pushing your feet into the ground,” then I will begin to believe they may know a thing or two about lifting. Otherwise, talk to me about shrugging and I will tune out.

The reality is even the top-tier CrossFit athletes and public personas often do not have anywhere near the training and reps under their belts that even mid-level weightlifters have. And what tends to happen with these people is that they sometimes perpetuate bad cues. It’s not their fault – they are just passing on what they learned. It’s one of the reasons that I rarely, if ever, click on and watch CFHQ-generated educational videos. 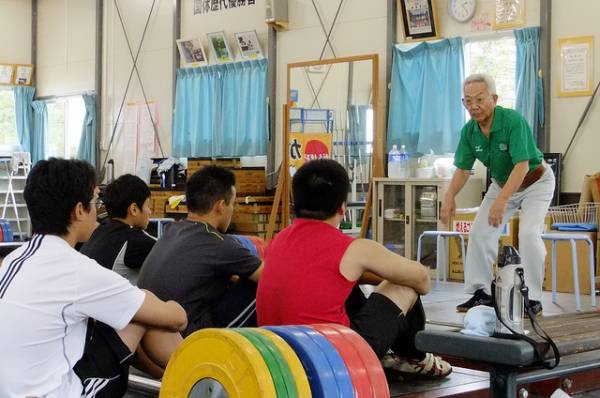 Let me put it another way: Elvis Presley was not qualified to teach voice lessons. He may have had a wonderful gift, but it didn’t mean he knew anything about proper technique nor possessed the ability to pass on anything of value to someone who might want to learn from him. But people idolized him – even though, metaphorically speaking, he was snatching in Nanos.

The box I train at now, Cincinnati Strength and Conditioning, has a relationship with Columbus Weightlifting. Chelsea Kyle, a competitive weightlifter and fantastic coach, comes in twice a month for Oly sessions that are open to anyone. What is apparent when Chelsea watches you execute a lift is that she can see. She can see if you’re pulling early, hitching, failing to punch through, failing to get tight in the lats, or getting too tight in the shoulders at the initiation of the pull. She has coached me and others through numerous sessions – and I have never heard her use the word “shrug.”

RELATED: How to Develop the Coaching Eye

It takes thousands of hours of coaching to develop the eye to see a minor nuance and to coach someone through it. These are hours that, sadly, many CrossFit coaches, including some of the big names at HQ, simply don’t have. Qualifying for the CrossFit Games numerous times doesn’t qualify you to be a spokesperson for the snatch. Even if you can snatch 140kg.

The upshot is this – if you want to embrace weightlifting, you have a couple of choices:

Elvis has left the building.