When Paleo and inov-8s Are Bad For You

Not everybody needs to eat paleo and wear inov-8s during their first week of CrossFit. The first year I did CrossFit I did it mainly fueled on Hot Pockets, Lean Cuisine, and Diet Coke. No joke.

Not everybody needs to eat paleo and wear inov-8s during their first week of CrossFit. The first year I did CrossFit I did it mainly fueled on Hot Pockets, Lean Cuisine, and Diet Coke. No joke. Was it ideal? Um, no. Did I survive? Yes, and I actually built some strength, too, given that I had never lifted a weight in my life previously. Over time I slowly adjusted my diet from “food industry healthy” to actual healthy. But I didn’t do it overnight. I did it with gradual changes and consistent behavior.

Gradual and consistent behavior modification is not something I see new coaches as being very good at teaching. They’re just way too excited for their own good. When people discover something new that resonates with them, they get understandably excited. When it comes to the fitness industry, getting excited frequently manifests as getting certified and teaching others. New coaches know how it worked for them and, therefore, they think it must work that way for you. They become fitness evangelists and want you to run, row, bike, CrossFit, Zumba, or whatever it is they’re doing. In the case of CrossFit, they so love it that they wear inov-8s and eat paleo religiously. And they want you to do so, also.

As CrossFit has gained popularity, many new coaches have emerged – coaches who might not have a background in health and fitness before they found CrossFit, or coaches who haven’t yet had the time to educate themselves fully. This is not unique to CrossFit, you see it in the RKC, in weightlifting, and most certainly I saw it in my many years in martial arts. In any discipline, the combination of a new coach and a new student can blend to create a deadly duo.

Deadly to who? Deadly to the new client. I mention all this because a friend of mine recently started CrossFit and after his first class asked me about minimalist shoes and said he was going to start eating paleo. After his FIRST class. I’m pretty sure he didn’t even know what “paleo” meant, nor was any mention made to him about running technique. Just like a new coach will teach the crap out of a squat, they have the potential to over-coach nutrition, gear, and lifestyle in general. 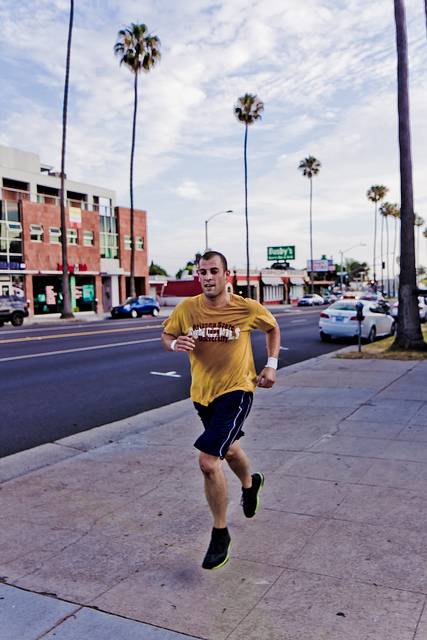 Patience is a virtue when it comes to training, and it is a virtue when it comes to coaching, as well. New coaches typically don’t listen real well and they think everybody is just like them. They LOVE what they do. How can you fault them for that? Well, what if I break my foot wearing your minimalist shoes because I’m overweight and I haven’t run even a block in years? And what if I’ve been successfully losing weight by counting calories and I don’t have the slightest idea what your caveman talk means? Do I really need to throw out my shoes and start paleo on Monday? Do you really want to set me loose with a jar of almond butter?

As I mentioned, when I began CrossFit eight and a half years ago I didn’t know there were parts of the grocery store outside of the frozen food section and the soda pop aisle. I ate about four ounces of chicken a couple times per week and got almost all my protein from eggs and cheese. I was curious to learn more, but always felt overwhelmed by the science of nutrition. It was suggested to me that I read a book by Paul Chek, How to Eat, Move and Be Healthy. To this day I still recommend this book to people because of its straightforward nature. Upon completion of the book I decided to start with one small change: to rid my household of high fructose corn syrup. I committed myself to that change and I learned a lot in the process. Like, why is there HFCS in my ketchup? And lo-and-behold, so many of my favorite frozen “meals” became contraband.

At some point after that I decided I should eat meat more often. I sometimes had strange, incomprehensible cravings for red meat following strenuous workouts and I thought there might be something to that. I stocked up on grass-fed burger patties and began forcing myself to eat beef every weeknight. I didn’t particularly enjoy it at first, but I put on five pounds of muscle in no time. People asked me what I was doing differently all of the sudden. “Eating hamburgers?” I replied.

The next step was ditching gluten. Ditching dairy. Discovering paleo. It didn’t come overnight. It came in small increments and through adjustments I was committed to. 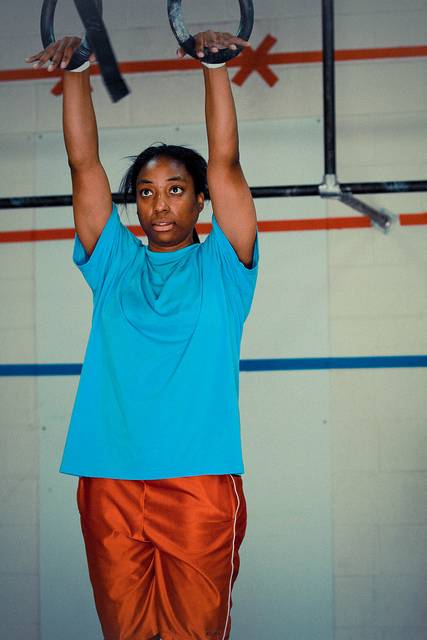 And do I now wear inov-8s? Well, my shoes are a lot smaller than they were eight years ago, but that certainly didn’t happen overnight, either. And as it stands, broken metatarsal bones from muay Thai and chronic plantar fasciitis will never allow me to run in inov-8s. So, if I consider myself a fit and healthy person and minimalist shoes aren’t for me, is it right to think they’re for a deconditioned newbie?

Or maybe it’s possible that a new person needs tiny adjustments. Maybe the new person needs to practice various aspects of running technique. Maybe they need to practice running down the block and walking back in their clunky shoes, until you’re sure, coach that you are, that they won’t damage themselves in minimalist shoes. And maybe someday they’ll be a picture of Pose method and shun footwear altogether, but maybe not today.

I love new coaches for their enthusiasm. They don’t know yet that it sucks to get up at 4:30am every morning. They’re sure they have the key to the fitness universe, and they’ve just got to tell you about it. But perhaps a little moderation would go a long way – a long way in keeping your clients healthy and in keeping them your clients.