Whither Goest Weightlifting? Exciting Times for a Growing Sport

Here’s a look at where Olympic weightlifting has been and where it is going – from the perspectiveof an old-timer.

I guess I’m getting to that age now where memories loom larger than dreams. With nearly a half-century in the sport, I along with those in my age cohort often end up discussing where weightlifting has been and where it is heading in the future.

In case any of you younger lifters are curious, here are a few thoughts on where Olympic weightlifting has been and where it is going – from the perspective of an old-timer.

Champion Yurik Vardanian at the 1980 Olympics.

A Turn for Mainstream

When I broke into the iron game, there were few weight trainers in my city and most of us were known to each other. Training with weights in whatever discipline was considered an eccentric activity. Most trained like bodybuilders, some as weightlifters, and many attempted to do both. Powerlifting was just getting started in those days, so that was also added to the workout repertoire. Venue choice was easy. You either trained at home or at the YMCA. There were few other places with decent equipment.

“More and more people are discovering its value in and of itself or as a method of training for other sports. We are becoming mainstream.”

Contrast this with the situation of today. Olympic-style weightlifting is experiencing its greatest boom in its history. No longer is it considered a marginal sport. More and more people are discovering its value in and of itself or as a method of training for other sports. We are becoming mainstream.

There are several factors responsible for this happy state of affairs. Probably the most basic is the now decades-old fitness boom. People not only want to be more fit but they want to have fun while obtaining and maintaining fitness. This has led to the discovery of many sports not previously considered. Not everyone is suited to football, baseball, and basketball. Today a person can find his or her niche in not only weightlifting but also many other sports are enjoying an upsurge in participation.

“After many years of people mistakenly thinking that bodybuilding exercises were the way to go, it has now been realized that more sports-specific movements are called for.”

Sports naturally become more competitive with added participants. In order to stay on top, an athlete needs to sharpen his or her physical capabilities. As we have been mentioning for decades, a stronger athlete is a better athlete. This has led many people to the weight rooms in order to stay competitive. After many years of people mistakenly thinking that bodybuilding exercises were the way to go, it has now been realized that more sports-specific movements are what is called for. Enter the Olympic lifts and their many derivative exercises.

We, in weightlifting, have hopes these people might want to try a different sport in their off-season. Now that weightlifting is better known and more respected, we hope that weightlifting once again attracts those from other sports. This happened more often in the days before the press was abolished and it would be nice to see this trend return.

And don’t forget the addition of women to our sport. This began in the late 1980s and has progressed ever since, leading to an absolute increase in competitors. While this has happened to many sports, it is had a special effect in ours.

In the old days, there weren’t even many men lifting let alone women. Now, many women are seeing our sport as an opportunity to live a more active lifestyle. What started out as a novelty has become the norm. The phrase “female weightlifter” no longer raises eyebrows, and that adds up to more people in the gyms. 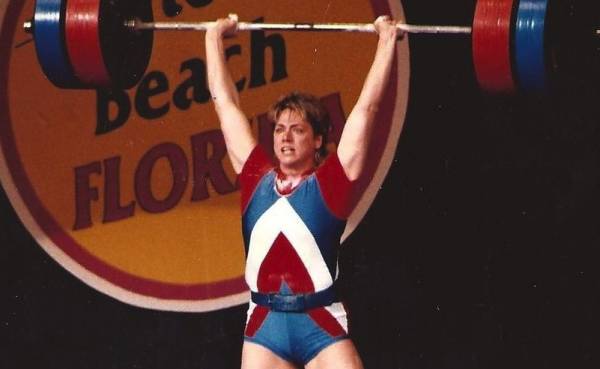 Women like Karyn Marshall have played an important role in the growth of Olympic weightlifting.

The CrossFit phenomenon has also been responsible for the uptick in interest in the Olympic lifts. The lifts are a part of CrossFit training and even the competitive events in CrossFit, leading to an increased demand for proper coaching of these lifts. Some CrossFitters have even decided they would like to take weightlifting competitively. Conversely, some weightlifters have decided they might prefer the more varied training of the CrossFit discipline.

While these trends have been most pronounced in the Anglosphere, the unalloyed sport of weightlifting has also spread itself around the world more evenly in the decades since the fall of the Iron Curtain. While the old Soviet republics and their satellite nations continue to produce good lifters, other parts of the world have caught up.

Asia is displacing Europe in the world ranking lists and metal tallies. Even in our own hemisphere, Cuba, the United States, and Canada no longer have a lock on Pan-American games medals. Argentina, Colombia, Venezuela, Colombia, Brazil, and Mexico are also now contenders, as we shall see shortly in Toronto as those games proceed.

“These people have seen the boom in Olympic-style weightlifting in other countries and, armed with their superior experience in the sport, see an opportunity to make a good living as coaches. All of this has led to an increase in weightlifting registrations and consequent demand for coaching and competition.”

Similarly, in the Commonwealth Games, England, Australia, and Canada are no longer shoe-ins. The 2014 games saw medals won by many other competitors. India, various African countries, and even Papua New Guinea and other Pacific islands are all now claiming a share of the hardware.

Back to Eastern Europe, after the fall of communism, we have seen a number of high-profile lifters and coaches emigrating to Western Europe and North America. These are not the defections we saw in years past, but movements made with a more economic motivation. These people have seen the boom in Olympic-style weightlifting in other countries and, armed with their superior experience in the sport, see an opportunity to make a good living as coaches. All of this has led to an increase in weightlifting registrations and consequent demand for coaching and competition.

Olympic weightlifting had always been a fairly inaccessible sport to most. There were very few coaches and they were not ones to advertise. But with a huge increase in registrations, there is now a demand for more and better coaching.

“I am especially concerned with the North American penchant for quick and easy results and certifications when longer apprenticeships are actually called for.”

Initially, the sport grew faster than its coaching and administrative structure could accommodate. This manifested as a lot of people, often without extensive experience in the sport, suddenly wanting to fill that gap while making a buck in the process. This has led to a “one eyed man in the kingdom of the blind” situation where any knowledge is better than none. Because the fitness industry had grown accustomed to the creation of 48-hour wonders, i.e. instant certification in many fitness and exercise disciplines, the emergence of similar quickie expertise also arose in weightlifting. This had its expected results where paper certificates often trumped actual knowledge and experience.

It remains to be seen how well this will work in future. I am especially concerned with the North American penchant for quick and easy results and certifications when longer apprenticeships are actually called for. 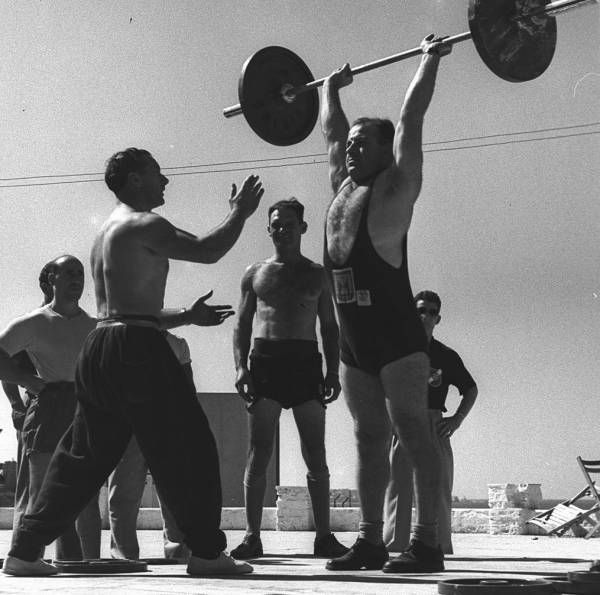 I hope to see quality of coaching improve as Olympic weightliting grows.

Despite this, the opportunity for more sophisticated coaching is also present. Full-time strength coach positions are much more available now with both professional and college teams. Personal training is also a viable alternative. Seminars are becoming more common, often held by itinerant lifters.

This, I believe, is what has led many former Eastern European residents to come to these shores. They do have the training, whether it is formal or by experience only. I remember a Polish coach telling me that a physical education degree in Poland has much higher prestige than one on this side of the water. They spent four years learning mostly theory and only studied a specific sport after graduation.

It also remains to be seen how many and what kind of lifters are recruited from CrossFit. While it is nice to have all of these new lifters, most converts are well into their twenties, far too late in age to develop as real serious weightlifters. While some have given us pleasant surprises with regard to performance, weightlifting is still a game that favors the young. In the long run, we have hopes that the children of these now better-informed CrossFit converts may choose weightlifting when they come of age.

In the meantime, we will struggle with our delightful problem of having to deal with so many new members while our coaching, officiating, and administration personnel are valiantly trying to catch up with the increased demand. We have never had it this good and we hope it continues.

Until then, us old-timers will sit around and do as old-timers have always done – brag to one another about how bad we had it in the old days.