Personal training is hardly the sort of field where you would think courage is a necessary character trait. It’s not like being a police officer and having to deal with armed gang members, or being a fire fighter and having to enter burning buildings. Nor is the gym anything at all like a combat zone, despite all the comments about #goingtowar that people seem to post.

But courage can be displayed in many ways, and for a coach or trainer it is in having the courage to admit you were wrong and change things accordingly. It also comes into effect when you know you’re on the right path and have to stick to your plan, even when your athletes and clients want change.

Have the Courage to Be Different

Recently I was watching my clients do our regular Monday training. Monday for us is very different than for most. In many gyms it is chest-and-arms day, while in others it is the heaviest session of the week.

But my greatest priority for my clients is mobility and flexibility. Our average clients, like most trainers, have sedentary jobs and show all the telltale signs of an aging body that hasn’t been well looked after. Many struggle with a good overhead position, and others struggle with adequate range to squat well.

Therefore, if we aim to train hard for the rest of the week, we need to make sure to address their range of motion issues as our number one priority. That means it goes first in the week and first in every workout. 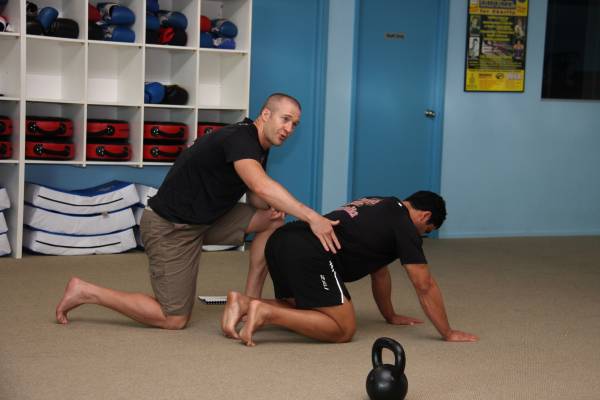 Have the Courage to Stick to Your Guns

Initially, that was a difficult sell to my clients. They wanted to lift heavy, to squat and deadlift. They wanted to push hard where I said to slow down and move gently. It took a little while for everyone to see the benefits and come to understand why we do it this way

I could have easily backed down and given in, returning to what most do on a Monday. That would have been the easy thing. But I stuck to my guns and insisted we run these mobility sessions.

Of course, I can’t force people to attend any sessions, Monday has turned out to be our busiest day of training both in mornings and evenings. So it’s fair to say that forcing this upon my clients has been met with understanding as they now see the benefits of better movement through the rest of the week.

Have the Courage to Change the Plan

But at the same time, I was forced to admit failure last week when I watched everyone struggle with new flexibility exercises. It’s not like our previous sessions had been wasted, far from it, but I had decided to step up the demands of the Monday mobility work and make them far more challenging.

Where previously the sessions were mobility focused, which can end up feeling like a nice recovery session, the new session was a hard strength/ flexibility workout – incorporating a lot of Ido Portal’s Corset approach, some other drills from Gymnastic Bodies, as well as exercises from my own experience in martial arts. Some of these drills have literally reduced people to tears in the past, they can be so tough. 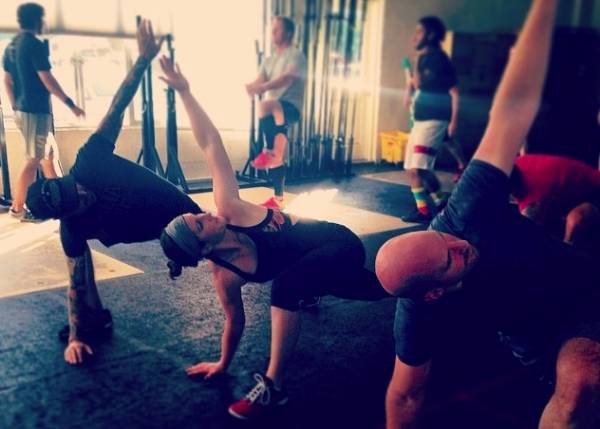 Watching my clients, I was ashamed. My programming had failed them. If they had been athletes on a team I was coaching, I would have benched them all for their performance, and then fired myself.

I went home that night and rewrote our plan for the week. I switched the entire focus of the week to this hard flexibility and movement work. I will admit to being nervous when I walked into work at 5:50am the following day, told everyone how disappointed I was in their performance, which really amounted to how disappointed I was in myself, and then laid out the plan to fix it.

Have the Courage to Drill the Basics

I’m not sure many people have the guts to tell the clients who come to them for fat loss and general strength and fitness that until further notice, all sessions are going to be related to flexibility. But that’s exactly what happened last week.

Already as of this morning, in six training days, I saw a remarkable improvement in everyone’s abilities. This leads me to think that we won’t need to continue this total flexibility training for much longer, but that we need to keep incorporating it far more than we previously had (which was already more than most facilities, outside of gymnastics and yoga).

In a similar vein, trainers need to have the courage not to change plans too often. Adaptation, the thing people are coming to you for, takes time. Charles Poliquin estimates that it takes about six workouts to get the most out of one session. As in, you must repeat a session exactly six times to get the most out of it – the same set, rep, tempo, and exercise selection and order exactly. Moving quicker than that will actually halt progress, not speed it up. 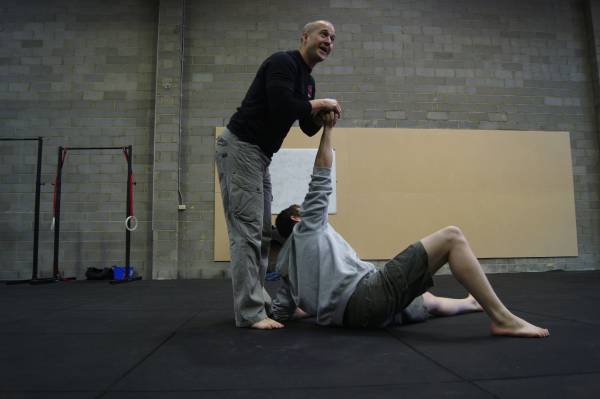 Have the Courage to Do It Right

John Wooden used to say you can’t allow yourself to get bored watching basics. Think how different the athletic world would be if Phelps’ coach got bored watching him freestyle? Or if Tiger Woods had gotten tired of putting in practice? Or even Hossein Rezazadeh getting bored with the clean and jerk?

Our job entails working primarily with beginner to intermediate trainees. It is all about repeating basics over and over again. The same cues, the same types of workouts, and the same people.

I often think the reason most exercise programs seem to get flipped around so often is because the trainer is bored. Coming to the realization that you’re going to get up at 5am to go and say the exact same thing to the same person as you said yesterday can be tough sometimes. But that’s the job, and if you want to do it, you have the guts to do it right.

Having the courage to stick to the plan, even when clients dislike it will bring them fast results. But don’t be pigheaded. If your plan isn’t effective (or isn’t effective enough, as I found) – have the guts to change it, then stick to the new plan until you can see the results.