Generally speaking, combat athletes are terrible strength athletes. The dogma of being ‘muscle-bound’ is still rife within the world of martial arts, but as readers of this site are well aware, just because you lift heavy things up and down it doesn’t necessarily mean that you can’t move well.

Thankfully, with the rise of the UFC and BJJ as more mainstream sports, as well as the influx of strength coaches who want to train MMA athletes, things are slowly starting to change – but we’re not quite there yet. Combat athletes still shy away from resistance training, often in favor of doing more cardio. I will always remember one occasion when I was taking two, decently-ranked, Bantamweight MMA fighters through their first training session with me, and neither one of them could deadlift 135lbs. with good form. In fact, neither one of them could do a decent push up!

If this sounds like you, then it’s time to embrace the iron.

Firstly, as a combat athlete, you want to be strong and powerful, and muscle is (in part) responsible for that. Being stronger than your opponent is a crucial advantage that can favor you in every aspect of fighting, from grappling, to wrestling, and striking as well.

Did you happen to catch Georges St-Pierre’s fight against Nick Diaz? GSP completely dominated Nick via his wrestling skill combined with a significant strength advantage. He held Diaz down, prevented many reversal and sweep attempts, dictated where the fight went, and ultimately won 5 rounds to 0.

With the increase in strength and power comes improved knockout ability. Look at all the great knockout specialist in combat sports – most of them have a muscular frame from which they built their power. Guys like Hector Lombard, Junior Dos Santos, and Johny Hendricks are all walking examples of this. 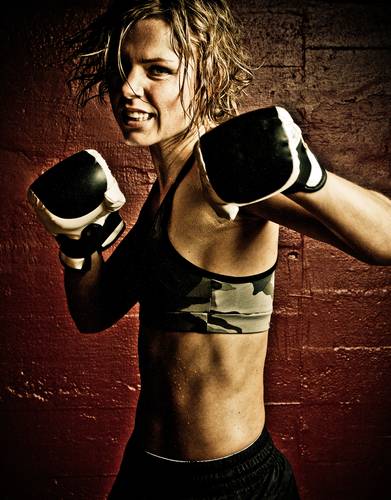 For MMA, judo, or BJJ guys, more muscle will improve your foundational strength, making it harder for opponents to take you down, and making it easier for you to take them down. Not only that, but more muscle (especially in the lower body) provides you with a lower center of gravity, which means that you will be more likely to dictate where the fight is going to take place.

Think of your muscle as armor, protecting your body from nasty injuries. The more muscle you have, the more armor you have protecting you. That’s not to say that you can’t still get injured when you’re a muscular guy (or gal), but you’ll definitely be better protected with a layer of strong muscle tissue covering vital organs, such as your kidneys, as opposed to nothing but skin.

Like it or not, weight cutting is a part of combat sports. More muscle gives a fighter the opportunity to outweigh his opponent (sometimes by a significant amount) come the night of the fight. The reality with these situations is that you can have a significantly heavier guy, who cuts weight really well, facing a guy that walks around daily at the weight of his division, and on fight night there could be 15-20lbs of difference between them.

GSP is reported to have his walk around weight being near on 20lbs heavier than his weigh in weight. It’s the same for Jon Jones, and Anderson Silva. They all cut significant amounts of weight to ensure that they stay at the top of their weight division, and never allow another fighter to have a weight advantage.

While building muscle is important for combat athletes, doing so isn’t a matter of picking up the nearest Flex magazine, and following Phil Heath’s latest program.

No, there are certain rules that you must follow to ensure your athletes don’t lose their athletic ability, or get big just for the sake of getting big. Remember, as as coach, your goal is always to make them a better fighter – it just so happens that sometimes this means packing on the pounds. 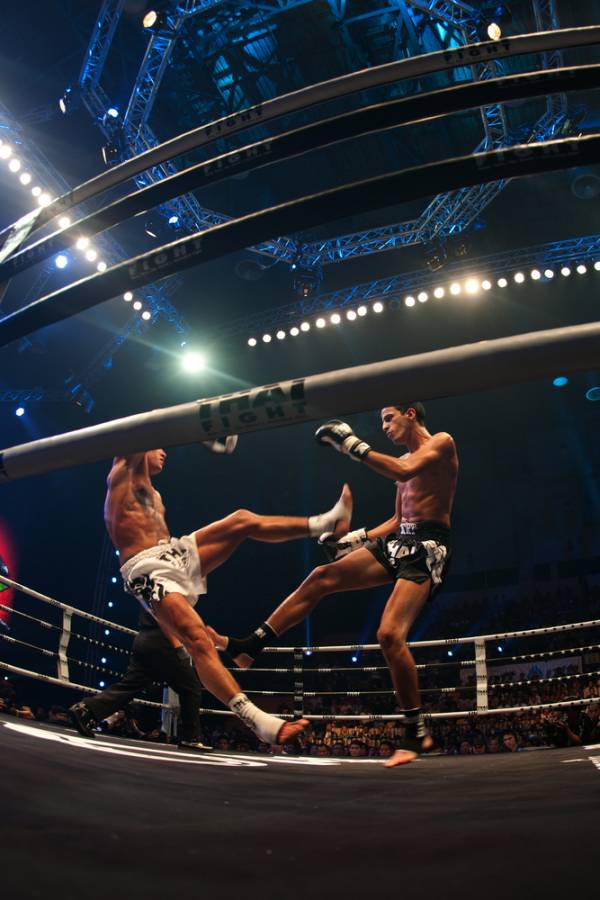 So if you’re a fighter who’s looking to make the jump to a heavier weight class, give yourself enough time between matches in order to add enough weight so that you can comfortably sit on the higher end of the weight class.

Sometimes as a combat athlete, you’re going to have to seriously look at adding some weight to your frame. Make sure that you build it right the first time, and don’t commit any of the common mistakes that make gaining muscle a hindrance, rather than a much needed boost to your fighting skill.

James Garland is a strength and conditioning coach, pseudo-writer, fitness entrepreneur, blogger, and lover of all-day breakfasts, as well as a terrible poker player. His love of everything sports-related is what first led him into a gym, and he hasn’t left since. While James’ first passion is Rugby League, his new obsession is everything MMA, which eventually became a job as he currently trains a group of professional MMA fighters in North Sydney, Australia.