I see a lot of people who are injured as part of my job as a physical therapist. I can usually tell who will succeed in recovering pretty soon after meeting them. I’m lucky that I get to work with a lot of athletes and fitness enthusiasts who are dedicated to their health and who want to play an active role in their fitness and rehab.

I also see a lot of people who are full of excuses and who use injury as a crutch to stay inactive. People who blame everything under the sun for why they can’t train, why they are injured and have pain, and why they are not getting better.

RELATED: Dear Self: Let Go of Excuses and Move Forward

You Have to Want to Get Better

I’m going to talk about something specific to injuries right now, but it can be applied to all areas of life. To losing fat, to nailing the perfect pull up, or to improving your sport performance. Essentially, it’s something key to reaching whatever goals you have. Something that isn’t revolutionary and that should be a given, but surprisingly something that often isn’t.

You have to want to get better.

RELATED: Don’t Be That Lifter: Help Me Help You

Often people seek the quick fix. Radical diets and weight loss plans, pills, and injections. Everything and anything that will fix them without them having to do anything. People also frequent chiropractors and physical therapists and expect the therapist to provide the same quick fix, without any input from the individual themselves.

When I tell people they have to put in some time and effort – that they have to train, do exercises, foam roll, and so on – some people have an excuse for everything.

It’s the victim mentality. The idea that everything is outside of a person’s control and external forces are making it impossible for him or her to reach his or her goals. What I’m about to say may sound harsh, but here is where I call BS.

RELATED: What’s Underneath: Our Inner Desire to be Overcomers

You might tell yourself you want it. But the harsh reality is you don’t want it badly enough. You are choosing to be lazy. Choosing immediate gratification over long-term gains.

Yes, rehabbing an injury is hard work. It takes some serious commitment. Commitment to your exercises, to your therapy, and to making sure you incorporate good regeneration and recovery techniques to your life (getting enough sleep, eating well, reducing your stress).

“You might tell yourself you want it. But the harsh reality is you don’t want it badly enough. You are choosing to be lazy.”

Being injured can be frustrating, depressing, overwhelming, and a host of other emotions, but dwelling on it and letting it bring you down is not going to help you. You need to accept the fact you are injured and do something about it.

It Is Your Body and Your Choice

I said it earlier, but believe it or not, the old saying that attitude is everything really does hold truth. Our attitudes and our beliefs shape our lives. They determine our behaviors and become self-fulfilling prophecies. If you believe you won’t get better, the simple fact is you probably won’t. If you believe someone else needs to fix you and you aren’t a factor in the process, then you’re lying to yourself, you’re choosing to be lazy, and you’re not going to get better. 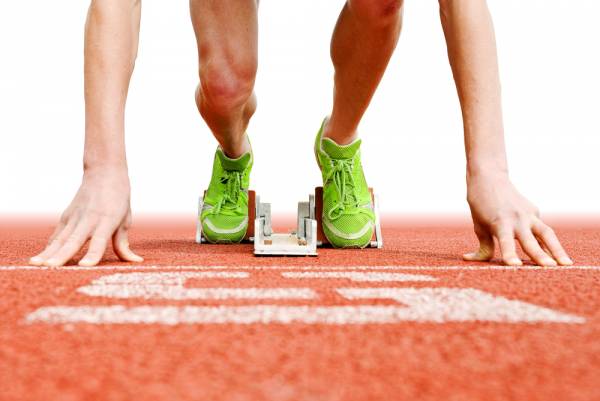 Those people I see who have a positive attitudes, who are eager and committed to getting better, they do a fantastic job of recovering. The combination of the work they put in and the hands-on manual treatment I do with them gets them better and to their goals in a fraction of the time it takes people who don’t have the positive attitude and who aren’t committed.

RELATED: Consistent Hard Effort Over Time: The Only Guaranteed Method of Success

Anyone can be successful. The problem is few actually chose to be. I know this sounds harsh to some of you. But I want to tell it like it is. You need to make the choice to be successful in your rehab, in your fitness, and in your life. You need to work hard.

It’s your body. You are responsible for it. No one else.

Cassie is the lead physiotherapist at Taylored Training Fitness Studio in Kingston, Ontario, Canada, where her goal is to change the way physiotherapy is done. Tired of hearing athletes complain about going to a therapist who gave old-school, boring (and often ineffective) exercises and put the client on a machine for twenty minutes, Cassie and the team at Taylored Training decided to do something about it.

Cassie believes that physiotherapy should be hands-on, manual, and exercise-based, with clients seeing noticeable improvements each and every session. She works closely with the coaching team, and together they show that the key to successful treatment is the integration of physiotherapy with improved physical fitness, allowing clients to succeed in achieving long-term success.

Cassie received her Masters of Science in Physical Therapy as well as her Bachelor of Physical and Health Education from Queen’s University in Kingston, Ontario. While at school, Cassie was heavily involved with university level athletics, working as a therapist with the varsity teams at the Royal Military College of Canada and Queen’s University.

Since that time, Cassie continues to work with both recreational and competitive athletes at the local, university, provincial, national, and international levels. Cassie also has a passion for continued learning and has attended countless conferences, seminars, and courses in topics including functional rehabilitation, soft tissue release, manual therapy, and a variety of other assessment and treatment techniques.

In addition to her work, Cassie has also undergone her own physical transformation, losing over 100lbs. Being passionate about health and fitness, she wanted to make sure she was practicing the life she so strongly believed in. She therefore knows the importance of a good fitness program and qualified coaches to help you reach your goals.