Women and Weightlifting (And How I Fell In Love)

Put aside gender stereotypes and pick up a barbell, because weightlifting can be a woman’s best friend.

I was familiar with weightlifting to more of an extent than most, having studied it a little at university as an undergraduate in exercise and sports science. But the majority of my gym experience leading up that point was bodybuilding-type training. I had a keen interest in bodybuilding with the hope that someday I might step on stage. But the longer I pursued that goal, the more I realized that type of training and the lifestyle changes required for me to reach that goal were not something I wanted.

Working on my front squats at our gym.

However, from the moment I tried weightlifting, I knew it was something I could devote myself to doing. There was something satisfying about lifting heavy weight over my head in a fast, fluid movement. And based on my experience, I believe it is a sport that many women can benefit from, both physically and mentally.

The Beginning of My Love for Lifting

From my first exposure, my whole life went on to become about weightlifting. My coach guided me every step of the way and taught me more than what I could glean out of a textbook. I struggled immensely with my mobility and lack of flexibility, but my coach stuck with me throughout everything.

After a few years of hard training and study under my coach (who went on to become my husband), I opened up the Sydney-based weightlifting club Atletika Weightlifting. I have been fortunate enough to coach a lot of wonderful individuals across Sydney in various CrossFit gyms and sporting organizations, and this has taught me a great deal about tailoring movement to specificity.

“Something that is empowering to women who participate in weightlifting is that they are not judged on their appearance or if they have visible abs.”

Unfortunately, the sport of weightlifting in Sydney is still predominantly male in participation, which is something I am working towards changing. I feel that inappropriate stereotypes of female weightlifters and bodybuilders are partly responsible for this. With the growth and increasing popularity of CrossFit, weightlifting has received a great deal of exposure and seen an increase in interest from women.

A Lifetime Student of Exercise

My education background is exercise and sports science. I am currently undertaking my masters in strength and conditioning while I work as a lecturer in fitness and exercise science. When I am not studying or working, you can find me training or coaching at my club.

In the classes I teach, there will almost always be a greater number of males than females. The reason for this is complex and something I would like to explore another time, but anecdotally, something I encounter frequently when teaching or coaching is a hesitation in the girls and women to participate in sports or activities that can be perceived as overtly masculine. Even as a personal trainer, when I would discuss with a potential female client that we would be implementing weight training, I would often be met with hesitation. I would get responses such as, “I don’t want to get bulky,” and “I don’t want to look like a man,” or, “Isn’t it dangerous for women to lift heavy?” 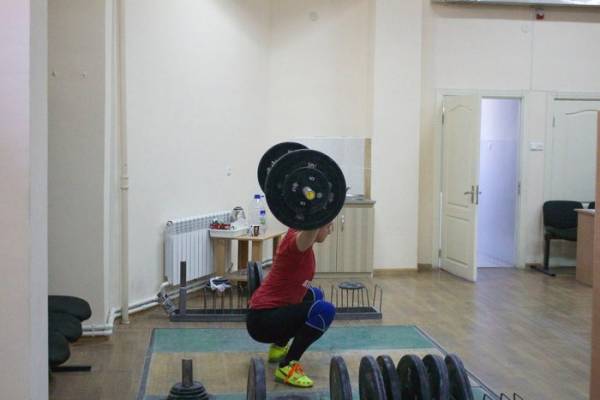 It has been a long road of learning, but weightlifting has become one of my biggest passions.

I will put it out there right now – it is difficult to achieve a “bulky” look through weight training without the appropriate training methods, as well as the diet to support it. Even if you were to train in this particular way, without the aid of things such as anabolic steroids, it would be difficult for a woman to achieve a masculine physique.

The Benefits of Weightlifting for Women

An increase in overall strength and muscle size as a result of resistance training is a benefit in itself. To those looking for an added boost to their diet and exercise program targeted at fat loss, resistance training can be that secret ingredient. Muscle mass requires more energy to maintain. Therefore, having a bigger increase in total muscle mass will increase your energy requirements and the likelihood that you will be using your food as a fuel source to increase your muscle size and subsequently decrease your fat stores.

“With the growth and increasing popularity of CrossFit, weightlifting has received a great deal of exposure and seen an increase in interest from women.”

Another key benefit for women undertaking any kind of resistance training is the positive affects it has with regards to our bone health. As women age, we are at an increased risk of developing osteoporosis. Resistance training (along with other medically approved treatment methods) can help prevent this condition from developing, as well as help slow further progression of the disease.

When people envision a female weightlifter, perhaps they think immediately of the superheavy class where the women are large and powerful, perhaps even a little intimidating. You may be pleased to know that weightlifting is separated into weight divisions starting from 48kg (then moving up through 53kg, 58kg, 63kg, 69kg, 75kg and 75kg+). A quick YouTube search will reveal women who look quite the opposite of the stereotype we may associate with female weightlifters.

The 48 kg weight class is an example that female weightlifters come in different shapes and sizes.

Female weightlifters possess highly desirable characteristics when it comes to athletic prowess. They are insanely strong relative to their body weight (think: two-times bodyweight clean and jerks and squats well over 200kg). In addition, they are extremely powerful and have speed beyond belief.

Something that is empowering to women who participate in weightlifting is that they are not judged on their appearance or if they have visible abs. The only thing that matters is the numbers on the board. If you ever wanted a sport that was more focused on seeing some serious weight being thrown overhead, rather than what tights and top you wear, this is it.

So I’ve given you a few good reasons to give weightlifting a try or even just resistance training. The next step would be to seek out a local club. As I mentioned, CrossFit has popularized the classic lifts (snatch, clean and jerk) so even if you can’t find a weightlifting club, your local CrossFit may be able to get you started on the right track.