In the aftermath of the Sochi Winter Olympics, there was a stir across the news networks. It surrounded the use of the noble gas xenon as a potential performance-boosting agent in Russian cross-country skiers. Documents detailing the use of xenon in Russian athletes have actually been around for almost a decade, but the general controversy is far more recent. When a recent article in The Economist suggested that xenon might produce similar effects to blood-doping, the World Anti-Doping Agency (WADA) suddenly weighed in. A number of international sports teams also cried foul, particularly seeing as Russia topped the medal table at Sochi.

The legality of xenon may take some time to tease out, as it is not named as a banned substance. This aside, there are a number of questions regarding xenon use in athletes that I feel have been poorly reported in the popular media: What is xenon? What does the science tell us about xenon’s performance-boosting effects? And, finally, is this something more athletes should consider turning to for performance benefits?

In early 2013, a year before the Sochi Winter Olympics, Russia Today released a documentary detailing some of the experimental technologies that the Russians were using to gain potential performance advantages. This included inhalation of xenon, particularly by cross-country skiers. Despite the potentially controversial topic, the documentary initially created little interest in either the endurance sports community or the experimental xenon research field (which includes my current PhD work).

This all changed when the article in The Economist last month drew potential links between xenon use and experimental EPO-boosting effects. Erythropoietin (EPO) is a banned substance in international sport because it acts by increasing the number of red blood cells in the circulation. This increases the oxygen-carrying capacity of the blood and provides a performance boost, particularly in endurance athletes, such as cyclists or cross-country skiers.

As this article gained momentum, there was uproar in the anti-doping communities regarding the performance of Russian athletes at Sochi. Interestingly, the Russians have probably been using xenon since before the Turin Games in 2006, and were never particularly secretive about it. As a result of the reaction, other news networks began to investigate the use of xenon in athletes. Prentice Steffen, head physician for the Garmin-Sharp cycling team, was quoted as having considered using xenon in his athletes, before thinking better of it. Dick Pound, president of WADA, has also stated that the use of xenon constitutes doping.

Based on the wording of anti-doping law, this may technically be the case. However, in practice, xenon is not something you could detect in the athlete (you breathe the gas out within a few seconds), which means that proving xenon use may be difficult. As such, any action by WADA will be based on the nuances of doping law, which are not something I am going to discuss here. Instead, I am going to tell you about the nuances of the science, and potential benefits (and pitfalls) of this really cool substance.

What on Earth Is Xenon?

Xenon is one of the “noble” gases. If you remember back to chemistry lessons, the noble gases make up the last column of the periodic table, and are termed “noble” because of their very low reactivity. The other noble gases include helium, neon, argon, and krypton. They are often used in medical imaging (i.e. MRI scans), as well as various types of lasers and lighting, because they are very stable. All of these gases exist as part of our atmosphere, and are extracted by cooling air and separating out the various components. This takes a lot of time and energy and, as a result, xenon gas is expensive. One deep breath of pure xenon would cost you more than $25.

Despite the fact that xenon doesn’t react easily, it happens to interact with a number of receptors in the brain, and, particularly in animal experiments, has been shown to increase the expression of a number of genes. Some of the genes activated by xenon mimic the effect oxygen starvation, which causes the body to try and compensate by making more red blood cells.

Due to its effect on many receptors in the body, xenon has gained a lot of interest in medicine. Xenon has been known to have anesthetic properties since the 1940s, but wasn’t investigated extensively until the 1990s. Though expensive to use, xenon has been used in a number of human trials because it gives quick and stable anesthesia during surgery, with fewer side effects compared to some other drugs. In addition to this, xenon has been shown to protect the heart and brain if they become starved of oxygen (such as after a cardiac arrest or stroke).

What About Xenon in Athletes?

The scientists featured in the Russia Today documentary (based at the Russian Academy of Sciences, Institute of Biomedical Problems) listed the following positive effects of xenon:

If you could take a few breaths of a gas before a competition that would increase endurance, as well as calm your pre-race nerves, I think any serious athlete would be interested. One athlete interviewed in the documentary also stated that he found it easier to train and recover after treatments with xenon. However, there is no medical literature whatsoever showing anti-anxiety or performance-boosting effects of xenon.

Though xenon has been safely used in a number of human medical studies, there is currently no detailed human research into the effects of xenon in the modern-day athlete. It is worth noting that Professor Yury Bubeev, who is widely featured in the documentary, has not published any studies at all in this area. Of course, I am in no position to say their claims are completely spurious. It is also perfectly possible that the Russian teams have positive human data that is not yet publicly available. 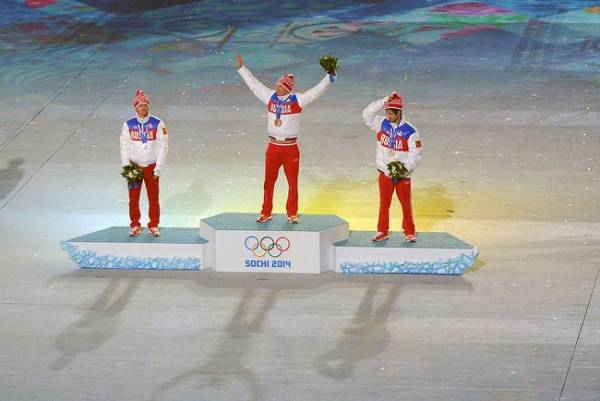 So, What Do We Know?

The article from The Economist drew some links to studies done in rodents, which may explain the reported benefit of xenon in Russian athletes. In particular, this article placed a lot of emphasis on a single mouse study. In these mice, giving 70% xenon for two hours increased EPO in the kidneys by 160% after 24 hours. EPO is produced as a result of signaling from a group of proteins known as hypoxia inducible factors (HIFs). Certain HIFs (particularly HIF-1α) are up-regulated in response to reduced oxygen (hypoxia), and this is one of the main reasons altitude training works – less oxygen leads to more HIF, which boosts EPO. More EPO causes increased blood cells in the circulation, which means you can ski uphill faster.

Another study mentioned in the article showed that 70% xenon for two hours increased HIF-2α (but not HIF-1α) in the rat kidney for 48 hours. Though there are a couple of similar rodent studies showing that xenon increases HIFs in the kidneys, these were studies done to examine whether xenon could prevent kidney failure. There is nothing to suggest that xenon leads to an increase in EPO (or red blood cell production) elsewhere in the mouse body, let alone that of the human.

According to a document published in 2010 by the Russian State Research Institute of the Ministry of Defence, Russian athletes were supposedly being given two to three liters of xenon over a few minutes at concentrations of 30-60% (based on response). This was done every 24 hours or so, as the document states that the effects wear off after 48-72 hours. You’ll notice that, in the rodent studies, higher concentrations of xenon were used for much longer periods of time than suggested in the Russian protocols. There is currently no data to support that a few short minutes of xenon will have any effect at all. Though it is possible xenon activates EPO-related genes quickly, we simply don’t know. There is also a huge potential placebo effect in the Russian athletes, which may be difficult to separate from real changes in things such as EPO levels. 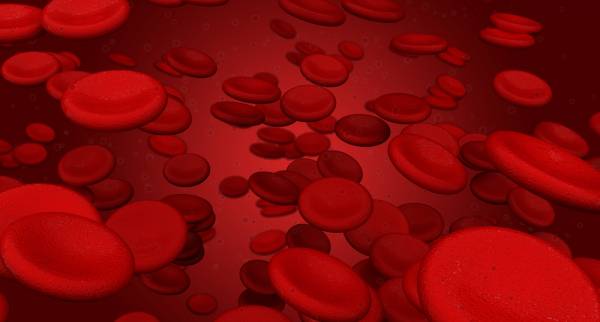 The team I work with (under Professor Marianne Thoresen at the University of Oslo) has spent the last decade developing the use of xenon to protect the brains of babies that are starved of oxygen during childbirth. For that reason, I think it is an exciting gas, particularly for therapeutic medical use. However, the truth is that xenon has only been used in humans by experienced anesthetists, and in hospital settings. Though people can safely be given a single dose of xenon over many hours under controlled conditions, repeatedly blocking these receptors in the brain could have effects that have never been studied. For example, xenon blocks one receptor that is responsible for the effects of ketamine, which is associated with psychiatric problems in long-term users.

Xenon also has variable effects. Some people could breathe 70% xenon and feel nothing, while others could have significant symptoms, including unpleasant “pin and needles” type sensations, light-headedness, or even loss of consciousness (it is an anesthetic, after all). As xenon is around 4.5 times heavier than air, falling asleep surrounded by xenon could potentially leave you with lungs full of it, pushing out most of the air. This creates a potential risk of being asphyxiated by xenon if used improperly. Considering that it already mimics the effects of hypoxia quite faithfully, this is clearly not something worth trying at home. You’re probably better off boosting EPO by holding your breath.

So, Where Do We Stand?

I don’t think there’s nearly enough data to say whether xenon confers any real athletic performance benefit at all. In fact, xenon may even soon be outlawed for use in athletes anyway. It is also expensive and potentially dangerous if not used correctly. However, xenon has a lot of potential for use in medicine, and we can certainly expect research in this area to take off over the next few years. Information on performance and safety may well change in the future, but for now, we should work with what we know (training, recovery, nutrition) to get fitter and faster, rather than get too excited about this unproven experimental drug.

Xenon graphic by me [CC-BY-SA-2.5], via Wikimedia Commons.