“If you think lifting weights is dangerous, try being weak. Being weak is dangerous.” – Bret Contreras

Strength occupies an interesting cultural space. While many of us respect it and see it as something worth having, it’s mostly possessed in large amounts by members of fringe cultures: weightlifters, bodybuilders, and CrossFitters. Strength isn’t something everyone is expected to have.

This isn’t good. Why? Simple, really. Strength is currency.

Generally speaking, currency refers to money or capital, the almighty dollar. In a bigger sense, currency is anything you trade or use in order to attain something else. People say, “Time is money,” and it’s true. Time is another form of currency.

One form of currency that often gets ignored is our health. Our health is just this thing that sort of revolves around whether or not we’re sick. As long as we aren’t dying, then our health is probably okay.

It’s unfortunate how common this perspective is as it leads to people constantly trading health away in the pursuit of other things. We eat garbage, miss out on sleep, and drink too much coffee instead of water. We tell ourselves that because we’re working too hard, we don’t have time for things like a healthy diet and exercise. We’re trading our health for our careers and social lives.

But the currency of health is not infinite. Staying up late every night to party or work on projects is buying life experience on credit. Eventually, that balance is going to come due. I think most of us have some understanding of this, but we ignore it. It’s an inconvenient truth.

The Normalization of Weakness

Every day I deal with people who can’t go up and down a flight of stairs, people for whom the simple act of sitting down and standing up requires an immense amount of effort. Some of them are fairly advanced in age, but many of them are younger than my parents.

Life is complicated and injuries are often unexpected, but I’m confident that without the presence of a disease or external trauma, nobody should need a joint replacement before they reach 65. The people that do, for the most part, did it to themselves through lifestyle choices.

“Not everyone needs to look like a Hollywood action lead. That’s not the point. The point is that weakness is an epidemic and it’s one no one talks about.“

This weekend I was sitting in my friends living room watching Pulp Fiction for the umpteenth time (because who’s going to turn off Pulp Fiction when it comes on?), and during a commercial break there was an advertisement for one of those mechanical chairs that goes up a flight of stairs. You know, the ones they install in the homes of the elderly.

I hate things like that and said so, much to the dismay of my company. They felt I was being overly harsh and maybe I was. I recognize there are situations that may call for such a device, but in most situations, you know what the right solution is? To teach a person how to walk up the stairs again – or better yet, to have never lost that capacity in the first place.

We have this cultural idea that once you’re over a certain age, you get a pass on putting effort into maintaining your health. Old people get sick. It’s what happens. But while older people are certainly more susceptible to a host of issues, the idea that it’s normal to be obese and in need of a bilateral knee replacement when you’re seventy is ridiculous. There is nothing normal about the idea that when you hit seventy, someone is going to cut out your knees and replace them with metal implants.

Strength Is the Foundation of Health

Joint replacements are considered normal, but a two-times bodyweight deadlift is considered excessive by the general population. That’s preposterous. For a healthy male who weighs 175lbs, that’s asking him to pull 350lbs once. Whenever I bring this up to my friends who don’t work in the fitness industry, the response is usually the same: “350 pounds is a lot, dude.” Is it, though? 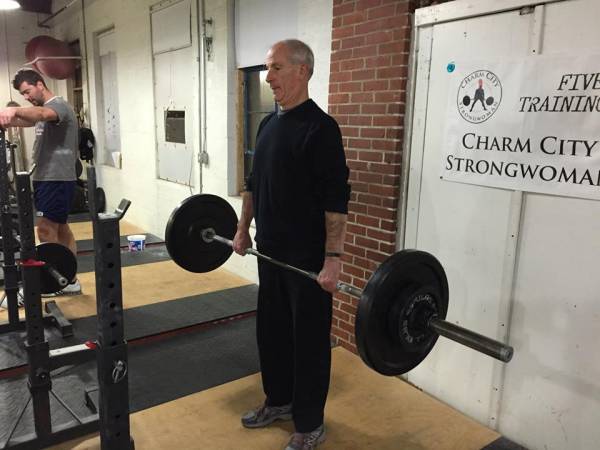 Strength is the foundation of functionality. If you were to make a pyramid of athletic performance with sport-specific capacity at the top, the foundational layer would be strength. It doesn’t matter what sport. But when we talk about strength, people immediately conjure up the guy from the Planet Fitness ads. Strength is something for the weirdoes and the freaks. It’s not something normal people need, especially not if they work at a desk.

Get a Little Better Every Day

Not everyone needs to look like a Hollywood action lead. That’s not the point. The point is that weakness is an epidemic and it’s one no one talks about. I’m not entirely sure why. Pride probably has a lot to do with it. Being called weak is insulting. People don’t get offended when we tell them their fasting blood glucose is over 125 mg/dl. Tell people they’re weak, though, and you’ve just wounded their pride.

“When you’re stronger, more of life is available to you. And just as with money, the earlier you start investing, the better off you’ll be in the long run.“

I’m not saying everyone needs to be a powerlifter or a competitive CrossFitter. Far from it. I’m saying there’s far more to exercise than aesthetics. Looking and feeling good is great, but strength really does make everything better. Here are some simple things you can try to be stronger everyday:

Proper posture and good breathing patterns won’t immediately make you stronger, but they will give you access to more of your existing strength. Fully expressing the strength you possess relies on joint positions, alignment, and neurological control. Posture and breathing will improve all three.

It’s entirely possible to become immensely strong solely through doing highly technical movements like the Olympic lifts. That said, you would also need to be both naturally gifted and constantly under the watchful eye of expert coaches.

Failing those, building and maintaining a strong foundation of strength will help you learn those movements faster and protect you from injury. Sometimes when a movement is painful, it’s not your technique that needs work. You may not possess the strength to perform the technique with that load yet. “Yet” being the key word. 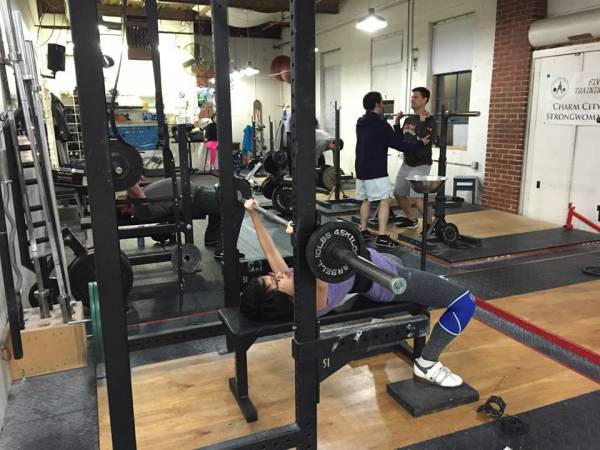 Being stronger makes your life better, but the minimum amount of strength you need to stay healthy and functional long into your golden years isn’t that high. It can be maintained through simple methods like deliberately walking the stairs with proper form and posture a few times a day (even if you’re not going upstairs). Or if you drop something, take the opportunity to practice the bottom position of your squat as you pick the object up. Strength is primarily lost through inactivity and avoidance of difficult activities. The simplest solution is to embrace activity instead.

Start Investing In Your Own Health

When you’re financially stable and have disposable income, you have access to so much more in life because monetary barriers disappear. Strength is the same. When you’re stronger, more of life is available to you. And just as with money, the earlier you start investing, the better off you’ll be in the long run. Start investing in your strength now. Your older self will thank you.