“Do not go gentle into that good night,
Old age should burn and rave at close of day;
Rage, rage against the dying of the light.”

I never scale anything, and I rarely, if ever, use my age as a reason when I am beaten the “kids” at my box, (and those so-called kids are anywhere from 25 to 35). Usually, when I lose to them, it’s because they are just better CrossFitters than me. In a nutshell, it simply does not occur to me that I am 51. I have no intention of slowing down. I have some fairly lofty strength goals, as well as overall fitness goals, and can’t imagine why I would yield to aging – at all.

Now, admittedly, my warm up takes a little longer than most. That is due largely to working through flexibility issues that, despite my best attempt at ignoring my age, still exist. Although to be fair, I think those issues have existed since I was a kid anyway.

Do Not Go Gentle Into That Good Night

About a year ago I took a look at an old friend’s Facebook page, and started browsing through his photos. This particular fellow, we’ll call him “Terry,” was a wiry, tall kid who was into motorcycles and heavy metal back in 1980 when we were in high school. My mind’s eye still saw him as that lanky kid, with long, pasted, side-parted ‘70s style hair. When I saw his current photos, my jaw dropped.

Terry was sitting in a chair with his arm around some old lady. He was surrounded by eighteen grandkids. He was, himself, old. Santa-Claus old. He had gray hair, a long grey beard, was fairly portly, and like I said, sitting next to some old lady I couldn’t identify. What? Terry looked seventy. Older even. 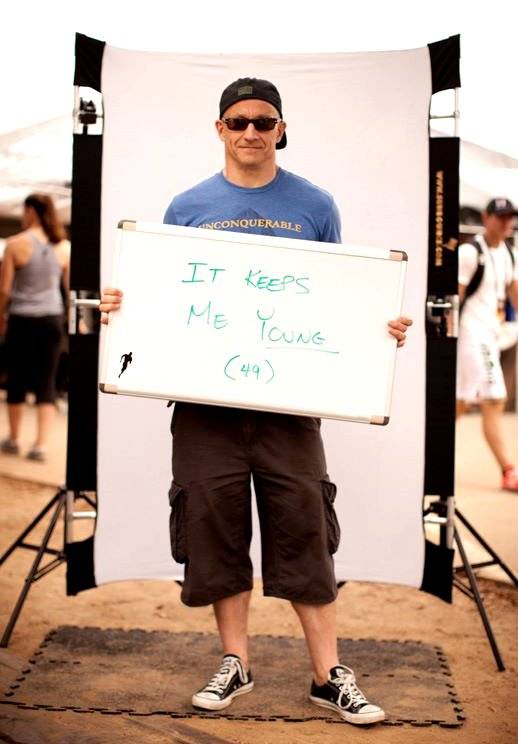 Curious, I started creeping (to use Facebook parlance) on some of my other high school friends. It was eye opening. I can’t believe that my classmates got old. Old! (There was, I will admit, some sense of perverse satisfaction when I discovered that a couple of the hot girls who wouldn’t give me the time of day back then had literally morphed into oldish blue-hairs. But I digress.)

Truth is, they are not old. They are all fifty or 51, just like me. You know who else is 51? Tom Cruise. Brad Pitt is fifty. And neither looks like a right jolly old elf.

What is most telling, though, is a set of twins with whom I was fairly close with back in high school and after. One of them settled into a married life, had children, and proceeded to live a fairly sedentary, American-dream life. Good job, good family, church, and community. The other moved to Chicago, began running marathons, and stayed active both physically and also in environmental causes. When you see pictures of them side by side, it’s fairly shocking. These twins, only minutes separating them in age, appear to be separated by twenty-plus years of “aging.” One looks 45, the other looks seventy.

Is there a common denominator? Yes, genetics plays a role. Some people are genetically gifted in the sense that they look young, always have, and maybe always will. But there is something more to it than genetics: fitness. Fitness keeps you younger. Younger looking, younger feeling, younger acting. There is even some proof of this right down to a cellular level. And more proof here.

Old Age Should Burn and Rave at Close of Day

On the opposite side of the spectrum, I dare say that lack of fitness makes you older. In appearance, in ability to function, in attitude. It’s a cascading effect that literally sucks the life out of you. If you are overweight, you move less because movement is often just uncomfortable. If you’re uncomfortable, you do less. You sit more. You lose muscle tone, strength, bone density, and blood flow. You just get…old. You’ve all looked at those class reunion pictures where some of the people, all from the same class, look 45 and others look 75. I believe the difference is their level of fitness.

The will to live is defined as follows: “A psychological force to fight for survival seen as an important and active process of conscious and unconscious reasoning. This occurs particularly when one’s own life is threatened by a serious injury or disease.” If you are in danger of dying, the will to live, at a truly instinctual level, will kick in and cause you to fight for your life. If you are drowning, you will claw, kick, and fight for air until the end. When it comes to being faced with a terminal illness or a possible mortal injury, no one goes “gentle into that good night.” We fight it. Hard. No one wants to die.

Why then, do we fight so hard and embrace the will to live when death is imminent, but when faced with long-term health, we let scope-creep shave years off of our lives? Why do we let inactivity, pounds, and bad habits (i.e. smoking, drinking, and poor nutrition) make us old? Aging is inevitable, but why, when the so-called secret to staying young isn’t a secret at all, do we choose to acquiesce years to indulgence?

Rage, Rage Against the Dying of the Light

Getting “old” is a choice until it’s not a choice anymore. I have always had the attitude that my body is my body, and I will make it do what I want it to do, not what my age “allows” it to do. I will do muscle ups, bar muscle ups, heavy snatches, clean and jerks, handstand pushups, you name it. As far as I am concerned, I am just Pat McCarty, not 51-year-old Pat McCarty. 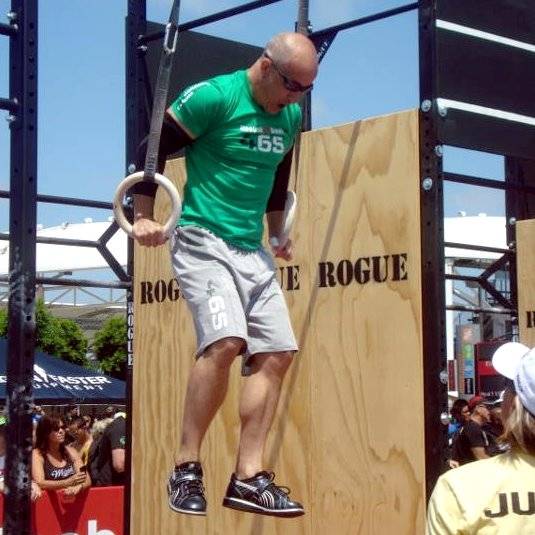 It’s your choice. Acquiesce to aging – or rage against it?