I’d just as soon that some of you not you come to my gym. Between those of you who aren’t friendly and those of you who smell like you bathed in a vat of cologne, I’ll probably end up with a fairly small gym membership by the time I’m done compiling this list of gym no-no’s and deal breakers. Then again, it will be a pretty sweet gym even if my deal breakers only allow for a few of you to join. Just sayin’.

Anyhow, here’s my list of what drives me nuts about some of you at the gym:

I’d just as soon that some of you not you come to my gym. Between those of you who aren’t friendly and those of you who smell like you bathed in a vat of cologne, I’ll probably end up with a fairly small gym membership by the time I’m done compiling this list of gym no-no’s and deal breakers. Then again, it will be a pretty sweet gym even if my deal breakers only allow for a few of you to join. Just sayin’.

Anyhow, here’s my list of what drives me nuts about some of you at the gym:

1. You leave your stuff lying all over the place.

I got a late start in fitness. I didn’t get serious about working out until college. While I was a late bloomer, I am grateful for what I did learn back then. One of the biggest takeaways from my start in and around the gym was the concept of discipline. At my university, the man who ran the weight room ran a very tight ship. He had an office with a big window overlooking the weight room and he watched it like a hawk. If you left the weight rack with plates still on the bar, even for a second to get a sip of water, he’d be out of that office yelling at you to put your weights away.

That little weight room Nazi was harsh, but it reinforced in me that self-discipline starts with your environment. If you leave your towels lying on the floor and your weights on the rack, then you don’t have respect for your environment (or for yourself really). So, I have some choice words for you people – suck it up, have some respect, and put your sh*t away.

2. You wear cologne or perfume at the gym.

What is this, Night at the Roxbury? Is this a gym or a nightclub? I know, sometimes there are pretty blurry lines with that question. Seriously though, let’s say for argument’s sake that you’re at the gym literally to pick up chicks (or dudes), do you think lathering up with tons of cologne or perfume makes you more attractive to a prospective mate? Here‘s a tip – if you walk off an elevator and that elevator still smells like you after you’ve left it, then you are wearing way too much cologne (or perfume).

Here’s an idea, it’s a gym – you don’t need to wear any cologne. If I had to choose between the gym where I worked out in Austria during my junior year of college (where it smelled like B.O.) and one that smells like tons of your cologne, I’d take the smelly Austrian B.O. gym. It’s a gym, for Pete’s sake.

3. You run on the treadmill when it’s sunny out.

I so don’t get this one. Just stop running on the treadmill when it’s nice out. Growing up, my aunt Gail used to always yell at us to go play outside. We lived in Central Oregon (the part of the state where it’s sunny) and she really did have a point to us getting outside to go enjoy it. I agree Aunt Gail, video games can wait when the sun is gloriously shining. In the same vein, running indoors on the treadmill when it’s nice out is like skiing on an indoor skiing ramp on a powder day. Just stop it. Go outside, people.

4. You read trashy gossip magazines while you “work out.”

The biggest benefit as far as I can see to exercising is to connect with your body, not distract yourself from it. Put down the Us Weekly magazineand pay attention to your breath and how your body feels while you exercise. If you need the distraction because you hate working out, then here’s an idea – quit. Find something physically oriented that you actually like to do so you can get you present with yourself. Try ballroom dancing, hiking, tennis, Ping-Pong, or anything. Find something you like to do physically and go do it. 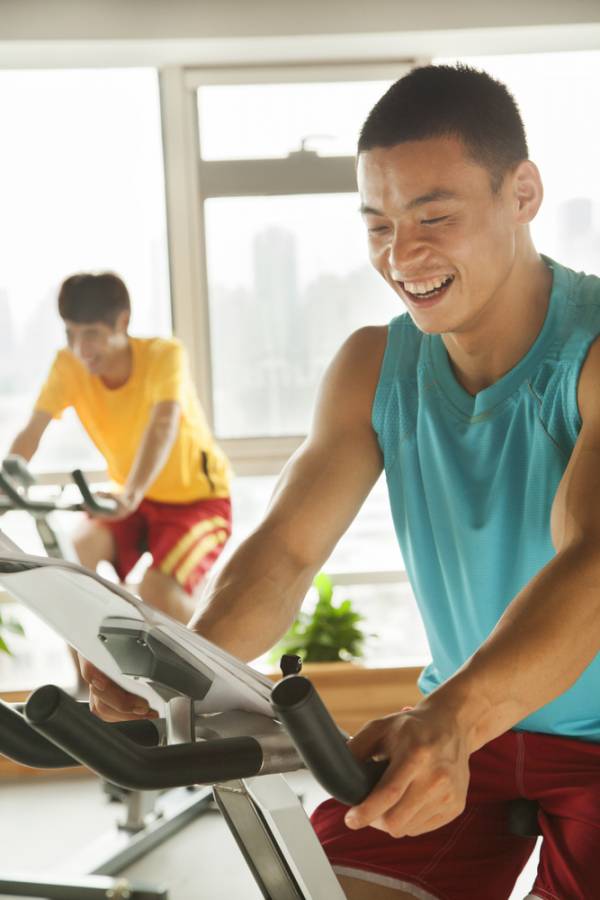 Life is too short to do things (by choice) that you hate. We have to do enough crap that we hate already, so do yourself a favor and save the People magazine for the beach. If you still disagree, at least pick up a decent book and learn something while you work out.

Look, I am an introvert. I don’t like big crowds of people or the energy of big events. But damnit, when someone says hello to me and smiles, you bet your ass I return the favor. It’s called karma, you non-smiling, non-friendly, non-saying-hello people. A smile might just make someone’s day, or turn someone else’s around. I hope you non-smilers and non-hello types trip and fall on the way to your car. Turn that frown upside down, suck it up, and smile.

6. You don’t understand the concept of working in.

Here’s the thing, people, it’s not your gym. It’s our gym. Way back in pre-school we all (supposedly) learned that getting along means we have to share and that includes you, camp-out-on-the-lat-pulldown-machine guy. When you see someone’s lurking in your vicinity, manners suggest that you make eye contact, smile, and then say, “Would you like to work in?” That’s the decorum. Stop monopolizing and hoarding things. You want a private gym? Go build one in your house. Otherwise, that guy waiting for the bench press has as much right to it as you do. Gotta share people.

7. You wear the exact same outfit every time you work out.

What is this, the Flintstones or Charlie Brown where every character wears the same clothes for eternity? You can afford a gym membership, but you have exactly one workout outfit. What is that? Surely, you wash your gym clothes – after every workout, right? Dude, go to Amazon and get some dryfit shirts, like four of them, one for each workout of the week.

8. You ride the elliptical a thousand miles an hour with no resistance.

For cryin’ out loud, the resistance is there for a reason. Plus, you look ridiculous spinning your legs at like 150rpms. Chill out a bit and crank up the resistance there, Sally. 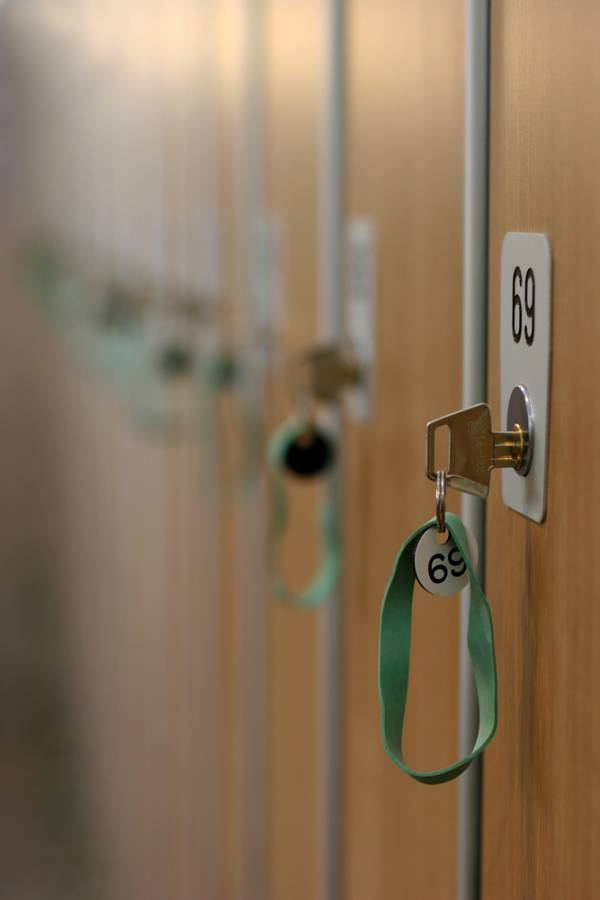 People, you should be spending approximately a minimum of three-quarters of your time at the club actually exercising. I think allotting one quarter of your time to changing, using the sauna, and taking a shower is actually a fairly generous ratio. Stop hanging out in the locker room and get your exercise on. Apparently Redbeard got run from that club not after I left for Seattle. His picture is probably on a wanted poster somewhere. Look out.

Listen, people, the memo is out. Ballistic stretching is so 1950. In 2013 we actually know how to stretch. So why are you still hell bent on bouncing while you stretch? Stop stretching like a jackass and do your body some good with real beneficial stretching and maintenance.

Okay, hopefully I offended some of you, made others laugh, and maybe even evoked the will for some of you to perhaps change and buy a new workout shirt or clean up after yourselves. Regardless, some day, I’ll have my own gym and it will be sparkling clean with nice people who smile and don’t smell like cologne. You are all invited, so long as…