2 Fundamental Mistakes to Avoid When Setting Your Goals for 2014

I think many people make two fundamental mistakes with their goal setting, and the reason they never succeed can be traced back to one of these two things.

If you’re like most of the athletic population of the world, you’ll have had your eyes on the clock for a couple of weeks now. Every day, every hour, every minute has been one step closer to unleashing a fury unlike any previously seen in any gym in the world as you launch into your new workout regimen in an effort to become a better, leaner, stronger version of yourself.

That’s great, and more power to you. I seriously hope that everyone who has decided to get in shape for 2014 succeeds, despite it meaning I may be out of a job. But let’s step back a minute and talk about your goals. I think many people make two fundamental mistakes with their goal setting, and the reason they never succeed can be traced back to one of these two things.

#1: The Problem of Your Underlying Habits

I’m not going to bore you with another article about setting SMART goals. You can find that information anywhere, and hopefully you have had it already burned indelibly into your brain. What I am going to say is that it doesn’t matter how tight you make those SMART guidelines if you don’t change the behaviors that lead to missing achieving the goals in the first place.

What do I mean? Let’s start with a weight loss goal, a common goal for the start of the year. Sure, you may have written it all down according to the SMART guidelines (specific, measurable, achievable, realistic, and time-based). So you’ve got, “I will lose 5kg by March 30, 2014,” as well as how you plan to go about this. But have you written out goals to change the habits that led you to being overweight in the first place?

What I witness in the gym when I see people try to achieve great changes usually follows the same process. This is how I imagine many people writing about it in their diary:

Week 1, day 1: Things are going great. I enjoyed training more than I thought I would. The diet wasn’t a problem either. I barely felt hungry all day and eating all that clean food just made me feel so good!

Week 1, day 2-7: Everything has been going well. I’ve held off the food cravings all week by sticking to my plan. Even though I had some muscle soreness, I still trained. So proud of myself!

Week 2, day 1-7: This week has been harder than last week. I really wanted to go have a beer with the guys after work, but knew I would blow my diet if I did. So I went home and ate healthily. I’m glad I did, but I do miss hanging out with the guys!

Week 3, day 1: Getting up early isn’t so great. I enjoy training but I’d like not having to go to bed at 9pm. I don’t even get to watch my favorite TV shows anymore!

Week 3, day 2: It was Rob’s birthday at work. They bought him this fantastic ice cream cake and let everyone drink beer at lunch. FML.

Week 3, day 3: Everyone is going to watch UFC this weekend at a sports bar. I want to go but I know there’s no way I can stick to my diet if I go. Training is going well, and I’m starting to see improvement, but this eating clean thing is hard. I had dreams about smearing Rob’s ice cream cake all over my body last night.

Week 3, day 4: I had to endure a business lunch today with everyone asking why I was eating “rabbit food” while they were having steak and fries. I know I’m doing the right thing, but how much could a few fries hurt?

Week 3, day 5: I was running late today and didn’t make my lunch. I normally eat a chicken salad, but instead I ate a burger with no bun. That’s kind of the same thing, right? I wouldn’t have believed any food could have tasted so good only two weeks ago. It was like a unicorn pooping Skittles into my mouth.

Week 3, day 6: I was running late again and didn’t have time to make lunch. I know I shouldn’t have, but I had the bun with my burger today. I felt bad after. Like almost sick. Do I normally feel like this after I eat bread, and just haven’t noticed?

Week 3, day 7: I blew it. I went to watch the UFC. I had five beers, a burger and fries, and about seven chickens worth of wings. We’ve got that big presentation for the new clients next week, so I have a bunch of dinners I need to go to. I’ll go back to my diet the week after. 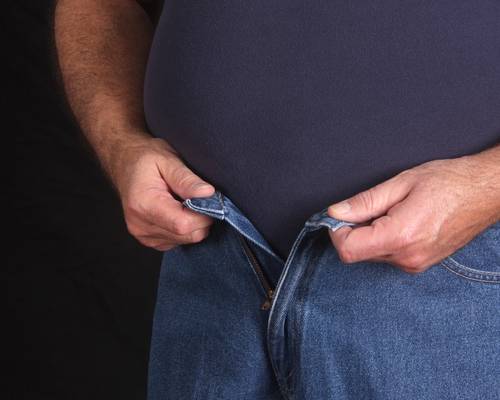 And the next thing you know it’s months before our imaginary client even thinks about how big his waistline is getting. The problem wasn’t his goals.The problem was that the underlying habits and behaviors that saw him get out of shape in the first place were still present. This is exactly why shows like The Biggest Loser are typically unsuccessful in helping people lose weight long term – because they don’t address behaviors in the real world.

Smart goals, as opposed to SMART goals, therefore address not just the end goal, but what you need to change in order to achieve it. This doesn’t mean you need to give up socializing or watching UFC, just that you need to do these things in settings where you can more easily control your urges. Maybe it means having your friends come watch the game or fight at your place where you can have food that supports your choices rather than test them.

Most likely you will find that you haven’t addressed the problem of your underlying habits while writing your goals, but the reality is that if you plan to fit in more performance then you better plan to give something else up. If you live a full life, then the only way to make space in it for a newer, better you, is to remove the parts of you that are linked to the older, worse you.So the question, “What are you prepared to give up?” must come before the question about your aspirations.

#2: The Problem of Physical Reality

The second thing many make a mistake with is just in terms of where they are physically. If you’re a fifty-year-old guy who walks duck footed, can’t touch your toes, and struggles to do twenty push-ups, then you may want to structure your goals accordingly. I’m not saying don’t train hard, but just like in the above example, you need to get building blocks in place before you worry about a performance destination. 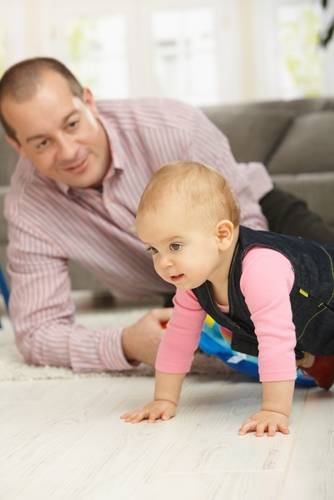 Before you are an athlete, you are a human being. Ido Portal has a great expression: homo sapiens -> homo motus -> homo specialitis. In short, human being, human mover, human athlete. If you don’t have the movement part down, then you won’t be much of an athlete. Need more proof? Gray Cook said, “To be a great athlete, first one must become athletic.”

That means before you start going to your training with goals like a double-bodyweight squat, you might want to make sure your squat pattern itself is sound. And while we’re at it, maybe ask your three-year-old if she’d like you to squat heavier, or if she’d prefer you just be able to stay on the ground comfortably and play with her for hours? Because being able to stay in that low squat position or sitting on your knees for hours at a time will be much more appreciated by your kids. I say this as someone who doesn’t have any kids, and I apologize for being an armchair quarterback, but what difference does having a bigger squat make if your kids resent you for not spending enough time playing with them when they were younger? And don’t you see how those movement building blocks are far more important to life in general than the performance blocks? Performance is the peak of the pyramid, and really only needed by athletes.

If I could give everyone a present for 2014, I’d give each of you the perception to see what self-destructive habits you have and what environmental triggers set them off. Then I’d give a strategy to avoid the habits and manage those triggers so we all could be successful in reaching our goals. Obviously, we coaches would have sat down with all clients first, though, and made sure that before we worry about turning people into homo specialitis, that they are already exceptional examples of homo motus.

Form habits that foster a positive life. Work on movement and health first, and let the rest fall into place naturally. Enjoy 2014.