If I could have one wish granted for Christmas it would be for The Biggest Loser to be removed from television for good. I’m not a big fan of reality TV at the best of times, (except for Survivor which I have been addicted to since it’s first series), but there’s just something about Biggest Loser that really makes my skin crawl.

Probably the biggest problem with the show is that despite it being reality TV, it is so far from reality that failure is almost guaranteed for the contestants. Sure, contestants are able to drop astonishing amounts of weight in a short period of time, but the real problems start when the poor contestants are voted out or the show finishes.

Anyone who has worked with people on losing significant amounts of weight will tell you that losing large amounts of weight is all about one thing – changing behaviors. People don’t end up grossly obese overnight and getting them to shed fat while cut off from the rest of the world won’t help much when they leave the house and are faced with reality. There, instead of only having to get to training each day, they will be faced with kids, job stress, all their interpersonal relationships, and even doing their own food shopping. If the right habits aren’t in place, then these people will quickly fall back into their old ways once old stressors are reintroduced to their lives.

Looking at this article on some of the previous contestants just makes me feel bad. Nearly half of the contestants have returned to heavier body weights than what they finished the show at. The goal of any good trainer is to teach clients the habits they will need to be successful if that trainer were not around to help them. Those who have been successful are those who have continued to exercise regularly and make eating right a priority.

But how real is even the weight loss depicted on the show from week to week? I once dropped 3kg in an hour to make weight at a BJJ competition, and I was already lean. Imagine how much water weight you can lose if you are obese? Look at what season one winner Ryan Benson wrote on his personal blog:

I wanted to win so bad that the last ten days before the final weigh-in I didn’t eat one piece of solid food! If you’ve heard of “The Master Cleanse” that’s what I did. Its basically drinking lemonade made with water, lemon juice, maple syrup, and cayenne pepper. The rules of the show said we couldn’t use any weight-loss drugs, well I didn’t take any drugs, I just starved myself! Twenty-four hours before the final weigh-in I stopped putting ANYTHING in my body, liquid or solid, then I started using some old high school wrestling tricks. I wore a rubber suit while jogging on the treadmill, and then spent a lot of time in the steam room. In the final 24 hours I probably dropped 10-13 lbs in just pure water weight. By the time of the final weigh-in I was peeing blood.

Was this healthy? Heck no! My wife wanted to kill me if I didn’t do it to myself first. But I was in a different place, I knew winning the show could put us in a better place financially and I was willing to do some crazy stuff. All this torture I put myself through has had no lasting effects on me (that I know of) and at the time it was sort of a fun adventure for me — but I am sure it wreaked havoc on my system.

In the five days after the show was over I gained about 32lbs. Not from eating, just from getting my system back to normal (mostly re-hydrating myself). So in five days I was back up to 240 – crazy!

Or consider this from Kai Hibberd of season three:

I dehydrated off 19 pounds in the last two weeks before the BIG weigh in. I stopped eating solid food after eating only protein and asparagus (a diuretic) then I had two colonics and spent the night before the weigh in and out of a sauna. There really was no “diet” the day of the weigh in, we weigh in as dehydrated as possible on empty stomachs after 2 hour workouts in the morning.

Does all that seem healthy?

Even ignoring the weight loss, which as you can see isn’t a great indicator of actual fat loss (a better measurement would be a DEXA scan), there is the question of the training. With contestants reporting that it is not unusual for them to train anywhere from four to six hours daily, it’s pretty clear the hopes of learning sustainable practices from The Biggest Loser are nil. There is no way anyone who has kids and a job can manage to fit in that much training on a daily basis for an extended period of time. Not to mention that many of the sessions shown on TV are solely for the amusement of the audience, and not for value to the contestants.

On one episode shown in Australia, the trainers picked their teams on day one by making the brand-new-to-training, severely overweight contestants run up and down the beach. I don’t know which Wheaties box these trainers got their qualifications from, but expecting a severely out-of-shape person to run is a sure-fire way to have a medical issue crop up. No great surprise to me when a member of that group suffered a broken leg. However, the production team dressed it up to make even more drama out of it and it was the main point that was advertised for that week’s episode. I just want to reiterate that – the best thing they could come up with for advertising was to point out that their trainers were so negligent that they injured a brand-new client. 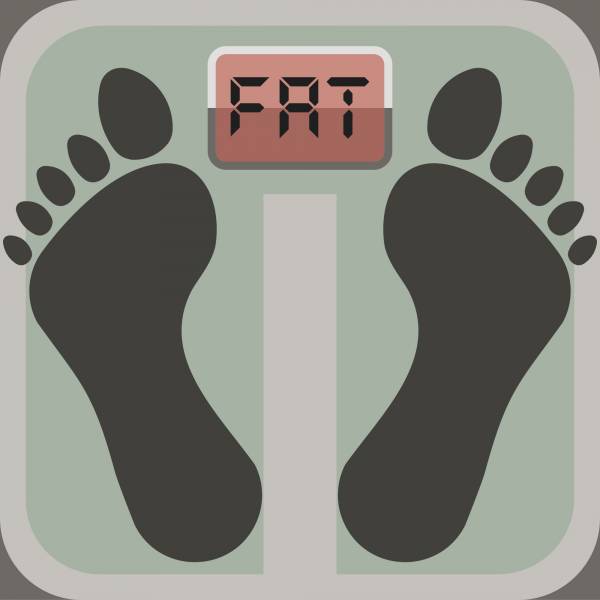 This brings me to my next point – substantial weight loss is about changing habits and creating sustainable patterns for the rest of the clients’ lives. It’s not about humiliating them and nationally broadcasting what is already a very uncomfortable situation. There is no difference when someone weighs four hundred pounds to making them weigh in with or without their shirt. Weighing in shirtless only makes things more sensational and serves to belittle the contestants more. I’ve never been four hundred pounds, but I’m pretty sure these people have had enough humiliation and shaming to last the rest of their lives.

This same trend actually continues even if contestants are voted out of the show. With a final weigh-in and TV ratings still on the line, contestants can expect to be hassled by the production crew daily about their weight and training, as well as receiving constant reminders about how thankful they should be for being treated like some kind of public Christmas turkey (except in this case they are being starved instead of fattened up). Consider this from Kai Hibberd again:

I think when I was on the actual ranch we were eating between 1,000 and 1,200 calories a day, I’m not certain. The thing is, it got worse when I got home… I would get e-mails constantly from the producers: ‘what have you done today?’ ‘are you working out enough?’ It was just always, always, always. At that point, [I had] all the pressure on me, and [I was] trying to do right by what I had been told is the best thing to ever happen to me. And they would tell you all the time, ‘200,000 other fat girls were in line right behind you. How dare you waste this experience? How dare you let anybody down?’

So I got to a point where I was only eating about 1,000 calories a day and I was working out between 5 and 8 hours a day… And my hair started to fall out. I was covered in bruises. I had dark circles under my eyes. Not to get too completely graphic, but my period stopped altogether and I was only sleeping 3 hours a night. I tried to tell the T.V. show about it and I was told, ‘save it for the camera.’

Still think The Biggest Loser is doing wonders for people? 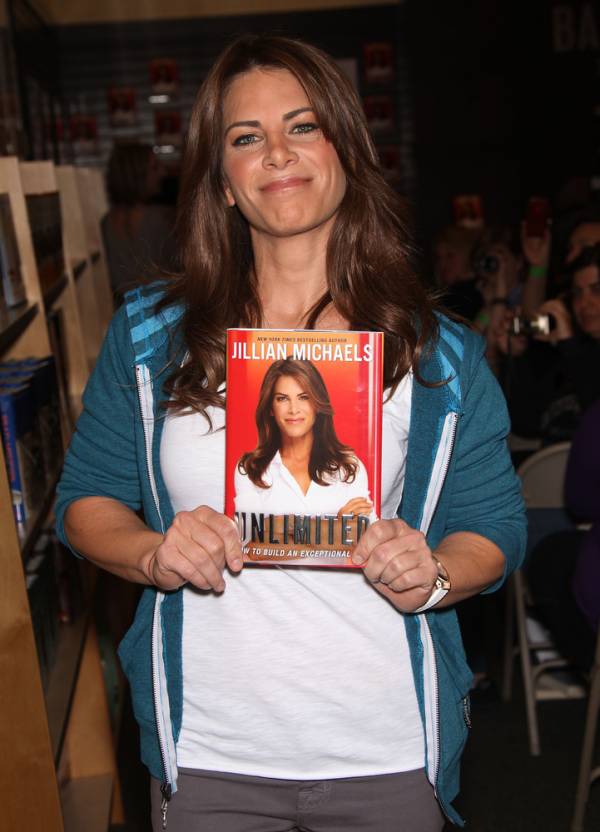 Finally, no mention of the show would be complete without discussing the famous “trainers” who are the heroes of the show, with images carefully crafted by the producers to appear heroic so they can better swoop in and save the poor contestants from their dire woes. In Australia, we even have one simply called “the Commando.” (Although, at least he actually was a commando.) Could you get much more heroic than that?

These trainers, both in the U.S. and Australia, have been responsible for more poor training movements and sessions than any small group of people ought to be. They’re exercise terrorists, holding reason, professionalism, and common sense for ransom. From the worst pad-holding technique I’ve ever seen from someone who purports to have been a professional boxer, to kettlebell form that makes my spine hurt just to watch, these are hardly shining examples of some of the stars who legitimately work within the industry. The only positive thing I have to say about the trainers from the show is that they are really good at yelling. I should have done cheerleading at school instead of anatomy, it seems.

While the show has been helpful at motivating some people to get off the couch and get moving, I know many fitness professionals feel the same way as I do. We would rather the show be about education, changing habits, and teaching people how to get in shape and stay that way, while balancing their lives at the same time. Because that is the only way that long-term change can be made. (I’d also be really happy never to see some screaming idiot making a four-hundred-pound person try to run or jump or any other exercise that is nearly guaranteed to cause an injury.)

As my brother says, “The show’s name says it all.” But I can’t help but feel that the joke is on the whole world as these media-led examples become people’s idea of what is the right way to go about creating substantial change. Do yourselves and the rest of the world a favor in 2014 – don’t turn it on. When ratings drop, the show will be dropped too, and then the true professionals can go back to doing their jobs right – without all the screaming, public humiliation, eating disorders, and injuries.