Ian King once said to me, “When a new training paradigm comes along people will overreact in the short term and underreact in the long term.”

I’ve been around the fitness industry for long enough to see what happened when Paul Chek first came along with his ideas about core activation and stability training. Next thing you knew everyone was doing everything on balls trying to make their clients more stable. And while their split stance BOSU double-cable push/pull numbers increased, for some reason their performance didn’t.

Why? Because the foundational quality that needed to be built was still whole body strength.

Now, the strength world is all about functional strength training and whole body exercises in an effort to wipe out the disastrous effects the isolated bodybuilding training popularized in the 70s and 80s has had on sports performance.

We’ve forgotten all about isolation in an effort to be functional. But there are times when isolation work is not only useful, but also necessary to quickly boost performance.

If you’ve just had surgery, or a real injury, there’s a big chance you are just not ready for “real” training yet.

After shoulder surgery five years ago I was placed on a fairly limited therapy program using bands. During this time all I was allowed do were some light internal and external rotation exercises as well as some passive stretching of the shoulder to regain movement. This went on for three months.

Towards the end of the three months my program began to include some exercises that were more intense, such as some very light plyometric work, again using bands for my shoulder.

Once I had completed this and the surgeon was satisfied my shoulder had some degree of strength he allowed me to go on my merry way. Taking over my own training at this point, and with full pain-free range again, I began simply walking up and down my driveway holding a light kettlebell overhead. Having started with isolated work I was now beginning to integrate the rotator cuff’s stability function in a very controlled way. This progressed to overhead lunge walks with the same kettlebell and push ups (another great shoulder stability exercise) and finally to Get Ups.

Now, five years on, I don’t even notice I have a reconstructed shoulder and it all began with isolated work to rebuild my weakened and impaired movement.

Charles Poliquin has long been a fan of doing targeted external rotator work to strengthen the shoulder stabilizers to handle more load in the bench press. By specifically attacking the cuff, his clients often see quick boosts in strength and ability – essential for his clients on their way to the NFL Combine!

Bret Contreras has noted, “increasing gluteal activation through simple low-load activation drills (such as a body weight glute bridges) has been shown to increase hip extension strength and hamstring flexibility while decreasing the incidence of hamstring cramping.”1

Have you ever watched the start of a luge run? The start of this event is basically a bodyweight plus sled lat pullover repeated as quickly and forcefully as possible. In an event where the start defines first place from mid-field it is essential to build lat 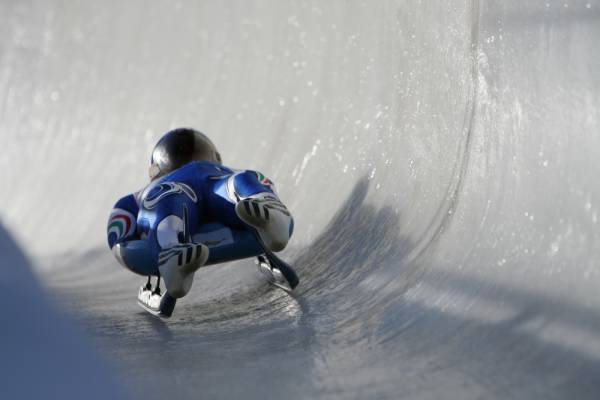 strength so the athlete can make the fastest starts possible. Is it therefore surprising that many top luge athletes include the lat pullover in their own training to keep this ability as high as possible?

Likewise, as noted in a recent piece by Brad Schoenfelda nd Bret Contreras, published in the Strength and Conditioning Journal, “the soccer throw-in, baseball pitch and throw, and volleyball spike involve overhead elbow flexion. Hence, athletes in each of these sports may directly benefit from the inclusion of overhead triceps extensions to target the long head of the triceps.”

Like with all things, training should be planned on an individual needs basis. Don’t immediately assume that whole body, integrated movement is the only way to go. Like with most things in life there is no black and white answer as to what should go where and the answer is quite often somewhere in the middle, rather than an extreme at one end or the other. Using isolated movements can prove a very effective way to boost lagging performance in certain areas.