Swimming is like watery jiu jitsu. If you’re going to get fitter in the water, you need to work your technique the right way.

The closest we get to this these days is watching a ninety-second clip on YouTube. On rare occasions, people may attend an actual workshop or certification to learn more about a subject in greater depth, but I’m often left feeling like most fitness certifications are equally as bad as watching clips on YouTube. Without standards, which represent skill and experience in the field, all you have is a bunch of theoretical knowledge. And as anyone who has been around training for a while will tell you, there’s a big difference between some of the things that work in labs and things that work in the real world.

Training can really be broken into three big chunks: flexibility, strength, and conditioning. And while someone can be an expert in one area, it is rare to find someone who actually knows what they’re talking about in two areas, and even rarer to find someone who can talk shop with authority in all three.

The biggest disconnect seems to happen between the endurance and strength people, with both at seemingly opposing ends of the scale. And when it comes to endurance activities, swimming is the hardest for people to understand.

Just about everything you normally apply to training can go out the window when it comes to swimming. For starters, swimming is difficult because unlike riding and running, you move through water, which has far more resistance than air. Secondly, you aren’t even partially weight bearing, unlike in cycling or running, as the water carries your weight. Finally, the muscles used to power swimming are much smaller and tend to be predominantly upper-body. In normal distance work you use the legs, which have a higher percentage of slow twitch endurance fibers in them.

For this reason, I see a lot of mistakes for people who add swimming to their training. One mistake is that people want to use swimming as a recovery from their regular training. Unless you’re already a good swimmer, you won’t recover much by trying not to drown as you struggle from end to end. While cold water is good for helping sore muscles recover, most public pools these days are set far too warm, as they want to make sure the kids won’t freeze during swimming lessons. If recovery is your goal, you’ll be better off just getting in and moving around for half an hour, unless you’re already a good swimmer. 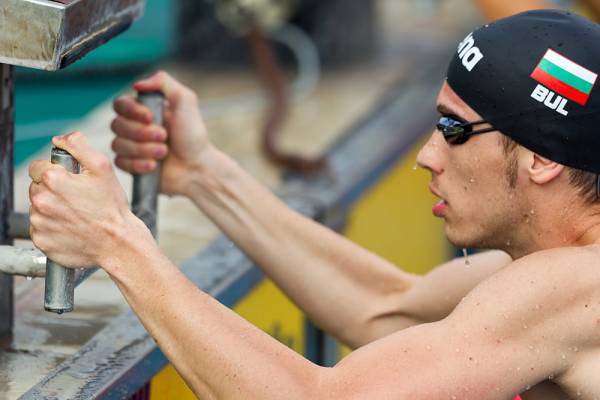 If your goal is to use swimming to gain fitness, I have bad news for you. Swimming is incredibly technical. Think of it as being like watery Brazilian jiu jitsu – sure, you can muscle your way through it for a while, but ultimately technique wins out. That’s why when you start swimming, every session will feel like an all-out effort to avoid drowning, aven though you won’t actually be working that hard. What you’re feeling instead is local muscular fatigue from asking muscles to do something they’re not accustomed to.

If you are looking to increase fitness in the pool, here are my three pieces of advice for doing it effectively.

My first piece of advice for anyone who wants to swim for fitness is to put in the technique work. It’s going to take some effort on your behalf to become more skilled at swimming. I found this out a few years ago, when I was “lucky” enough to have shoulder surgery. I wasn’t allowed do anything with my arm for three months, so I spent that time doing body alignment and kicking drills. Then I was allowed use my arm gently, so I did other drills focusing on hand placement and how to catch the water.

All in all, I did nearly five months of skill training before I was swimming in earnest again. Funnily enough, I was faster at that point than I had been prior to surgery, yet had done no swim-specific fitness work. The difference was all in my technique and feel for the water.

The next thing to keep in mind when swimming for fitness is that while your heart may feel like it’s going to leap out of your chest, you’re simply not working as hard as you do when you run or ride. Your maximum heart rate while running is always going to be higher than it is swimming. The more upright you are and the more load you carry, the greater your heart rate. This is one reason why using normal heart rate zones that you calculated for running won’t help much for swimming.

The second part of this to remember is that you use far smaller muscle groups for swimming than you do for running and cycling, so the load on the heart is less. The moment you stop doing that thing you call swimming, your heart will return to normal. Compare this to good swimmers, whose bodies will glow red from heat increases (because you can’t sweat to cool down in the pool) and who will drip sweat once they’re out of the pool as the body tries to cool itself down.

It might sound a bit odd, but all this means that even a hard session in the pool may only have the same effect on your fitness as a moderate running session, provided you’re actually a competent swimmer in the first place. Have you ever wondered why swimmers spend so much time in the water? It’s because they need to develop the feel for the water, and because even at high levels of perceived effort they’re just not getting the same adaptation to the heart as a runner might.

If you are swimming for fitness, you need to bust your butt to swim hard. That’s the only way to get your heart rate high enough to get the top-end fitness you can get from running. While the impact on the body will be far lower doing this with swimming than running, the hard fact is that many people will never get to this point without years of dedicated effort. 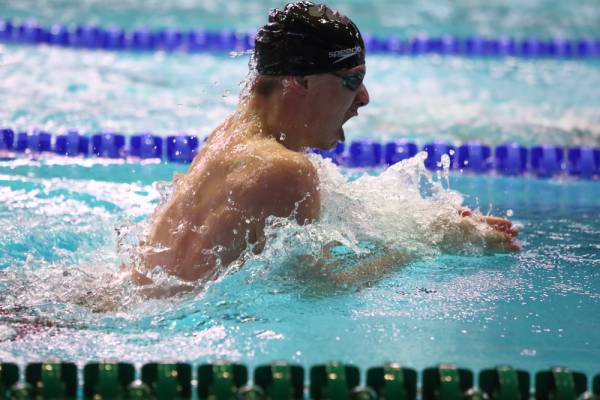 Years of hard work can be somewhat mitigated if you choose to swim with fins. It may seem like fins would make swimming easier, and you will certainly go faster. But adding resistance for the leg muscles will jack up your heart rate tremendously. I actually recommend that clients who aren’t habitual swimmers only swim with fins for this reason. But don’t do this if you’re training for an open water swim or triathlon – you need to spend time swimming without fins for that purpose.

The three biggest things you can do if you’re looking to increase fitness in the pool are to get some technical coaching, swim hard, and use fins to add load to the legs and drive up the heart rate. Above all, though, put technique first as it will make the biggest single difference to your ability to swim hard for extended periods of time.