As CrossFitters we’re constantly competing. Unlike any other sport I can think of, each and every time we train we get a score – a time, a weight, or a number. On top of this there are benchmarks workouts, local competitions, and the CrossFit Games Open, Regionals, and World Games. And if physical challenges weren’t enough then there are all the paleo challenges throughout the year.

Needless to say, we’re a pretty competitive bunch, and proud of it too. We know that competition is what fuels results. Athletes keep going far beyond the point where they’d normally quit because they’re keeping up with the person next to them, or trying to better their back squat. Adding a little competition into the mix is what pushes “regular people” to achieve amazing things. Competition makes you accountable for your work and gives you something to beat next time.

But for all its positives, competition can be a double-edged sword, and an often-criticized part of CrossFit. From a safety perspective, when you’re competing with the guy next to you, you’re more likely to compromise movement mechanics to get those extra couple of reps in, or put an extra few pounds on the bar when you know your form was already breaking down in your last attempt. Also many would argue being in a constant state of competition gets in the way of proper periodization in programming, which is important for athletes both physically and mentally. At best, you or your coach will recognize the signs early and give you a reality check, and at worst, you’ll end up failing to progress and getting injured, which is the last place a competitive individual wants to be.

Much of this can be avoided by asking a few simple questions, and doing some appropriate goal setting. Here are three questions every CrossFitter should think on every day:

1. Who are you competing against? 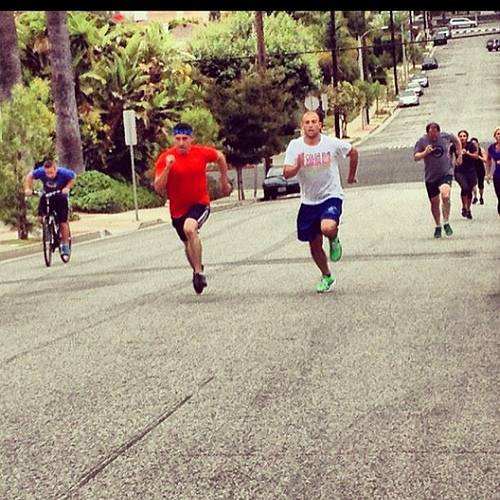 Am I aiming for the podium at next year’s regionals or winning a local competition in six months time? Or am I competing against the person I was yesterday and working to enhance my health and fitness? For the vast majority of us, I’d say the answer is the latter, and sometimes the competition element gets the better of us and impedes our progress. For someone who is training to compete against others (at regionals or in competition) teetering in that grey area between working at your maximum capacity and overtraining is probably somewhere you need to be if you’re pushing yourself to achieve. But for the rest of us, pushing ourselves to do a double WOD when we’re sore and tired and running on four hours of sleep really isn’t going to help our health and fitness.

2. What is your body telling you it wants to do today?

In my experience most CrossFitters don’t have a problem with motivation or finding time to get in a workout. Rather the problem is generally the exact opposite, CrossFitters end up pushing themselves when their body is saying (or sometimes yelling and screaming) to take a break. If you’re genuinely sore, tired, and running on four hours sleep – why are you at the gym? Unless you’re there to mobilize and stretch, go home! Pushing yourself when your body clearly isn’t up to it results in a lackluster training session and poor recovery. How can you expect to train at high intensity when walking from your car to the gym is an effort? 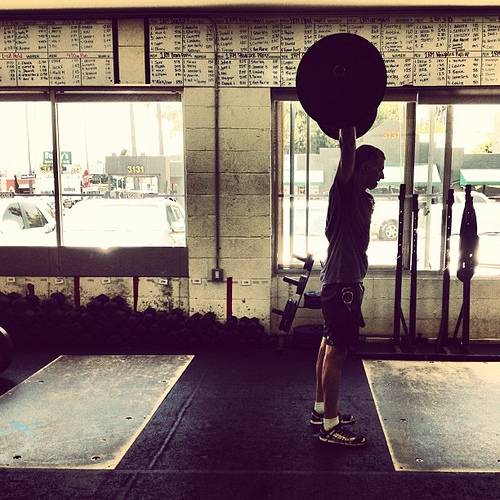 If it’s to put “Rx” next to your name on the whiteboard no matter what, perhaps it’s time to reconsider your approach. If that “Rx” means you’re going to be staring at the pullup bar for five minutes for half your workout, you’re probably not getting the stimulus your coach intended. Scale it with a band, and practice some “Rx” pullups after class. As general rules, your lungs should be screaming at you at the end of a met-con, your muscles should be screaming at you at the end of a barbell complex, and your form should not completely go out the door just so you can lift heavier. Don’t get me wrong, I’m not saying that every once in a while you shouldn’t go heavier at the expense of losing a bit of speed or technique, and we all remember the first time we wrote rx next to our name on the whiteboard. It’s a proud moment, even if we were the last to finish. But consistently going too heavy or failing to scale for the sake of competition isn’t helping you. If you’re unsure, then ask your coach.

I’m certainly not saying don’t go hard, quite the opposite in fact. I’m saying, set yourself up by resting and scaling appropriately in order to go hard, every single training session, over and over again. And certainly, adding some healthy competition with your fellow CrossFitters into the mix is a great way to do it – just do it intelligently.

Megan ventured into her first CrossFit box in 2011, and it was love at first sight.Having played every sport on offer as a child and teenager, the variety and challenge of CrossFit appealed to her and she hasn’t looked back since.

After gaining her personal training and CrossFit Level I certifications whilst working in financial services, in late 2012 Megan packed up her life in Australia to go on an adventure, dedicating time and effort to things she loves: traveling and, of course, CrossFit.

She is currently living in Sao Paulo, Brazil, and dividing her time between training, learning a new language, and experiencing all the fun things Brazil has to offer!