3 Unusual Accessory Exercise to Bust Through Your Deadlift Plateau

Powerlifters and Olympic lifters have used variations of their lifts to improve their specific weaknesses for decades. We can use the same strategy with the deadlift with these variations.

It is just one of those unexplainable feelings. Power, strength, accomplishment, they all don’t do justice to the feeling of hitting that all time best deadlift. When you first begin down that journey of big deadlifts, you think there is no end is sight. Each workout feels like you can do more, lift bigger, the plateaus never seem possible.

It is just one of those unexplainable feelings. Power, strength, accomplishment, they all don’t do justice to the feeling of hitting that all time best deadlift. When you first begin down that journey of big deadlifts, you think there is no end is sight. Each workout feels like you can do more, lift bigger, the plateaus never seem possible.

Then it happens. You stall. All of a sudden twenty or thirty pound jumps are no longer possible. Heck, going up by five or ten pounds seems like tons. What next? Just try and try to lift harder and harder?

I have seen many lifters bang their heads against the deadlift wall many times. However, sometimes the best answer is to actually get away from the deadlift. In fact, one of the biggest mistakes that lifters make is thinking the deadlift is only performed in one manner.

Powerlifters and Olympic lifters have used variations of their competitive lifts to improve their specific weaknesses for decades. We can use the same strategy with the deadlift to help our body to perform at its highest level and solve some of the issues that create these plateaus. Here are three unusual pulling variations that I have found to help people blast through their deadllift plateaus.

One of the most underutilized forms of deadlifts, the snatch grip accomplishes a few different goals. Right off the bat, lifters find significant weaknesses in their upper back. An inability to maintain the position of the upper back leads to early rounding of the lower back. Obviously this is problematic for safety of the low back, but this instability also greatly weakens our ability to pull well. The longer we can lock in the upper back, the more likely we are to pull more weight.

The second benefit of the snatch grip deadlift is the extended range of motion for the pull. Developing pulling strength from an extended range of motion can have great carryover to pulling more conventional deadlift stances. We can also see if lack of mobility in the hips, ankle, and upper back are a limiting factor in increasing our deadift poundages. If we can assume the snatch grip deadlift position without rounding then we may find flexibility or mobility to be a limiting factor in our pull. This is a reality many lifters don’t like, but once resolved it can result in instant success. 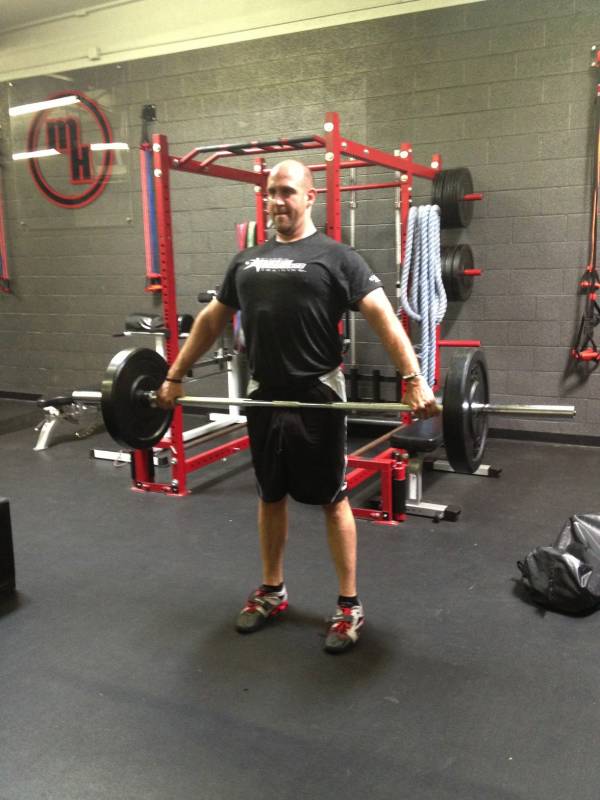 I am not talking about using a token amount of weight and performing super high repetition conditioning work. Instead, use a challenging weighted sandbag that makes three or four repetitions per side to be serious work. 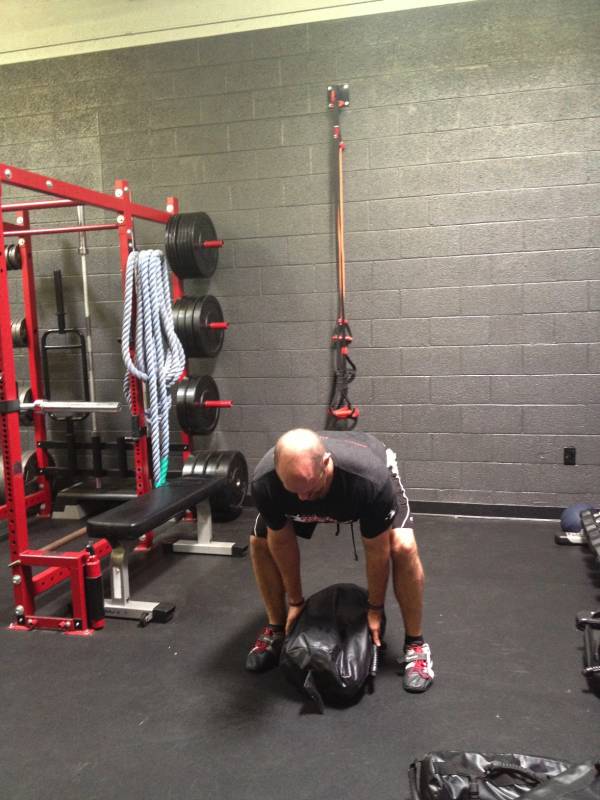 Why sandbag shouldering? Like the snatch grip deadlift, the sandbag shoulder actually extends our pull because instead of starting the pull about mid-shin, our hands scoop underneath, creating a longer distance of pulling.

Unlike the snatch grip deadlift, we have more of an emphasis on what is known as rate of force development. Working on our ability to generate force faster from the ground can help the initial pull from the ground or, in some instances, when locking out the deadlift.

We have the snatch grip deadlift to work on the extended range of motion, so why not just use a power clean to improve rate of force development? Sandbag shouldering is an unusual lift in the fact the sandbag is an unstable weight that forces more of the small stabilizers to fire during the pull. The movement of the sandbag to one side of the body also causes what is known as anti-rotational forces. 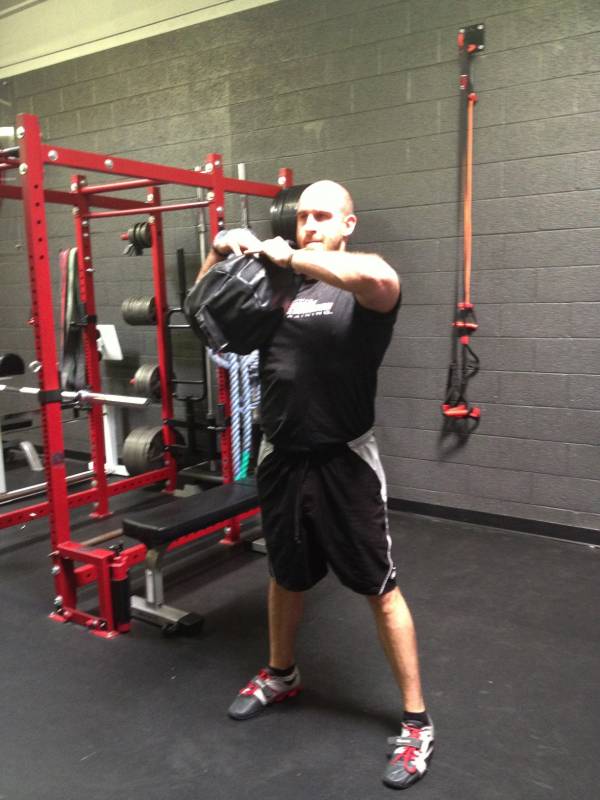 You can see sandbag shouldering being performed incorrectly all the time when people twist, lean, and do everything but maintain the same posture as when they pull in the deadlift. The entire point of sandbag shouldering is to resist the forces of the unstable object and pull to one side of the body. Imagine a lower body pull that builds angles and parts of the trunk and hips unlike almost anything else.

Add in the fact that the distance the sandbag must cover is quite great compared to most pulling exercises and sandbag shouldering becomes a drill that anyone serious about power and strength should develop proficiency in performing.

Changing how we stand in relationship to the weight when we lift is rarely implemented into programs. However, it is one of the most effective means in identifying weaknesses in a lift. Slightly destabilizing the body exposes the lifter’s issues and we can focus on improving these instabilities.

The staggered deadlift can show us the following: 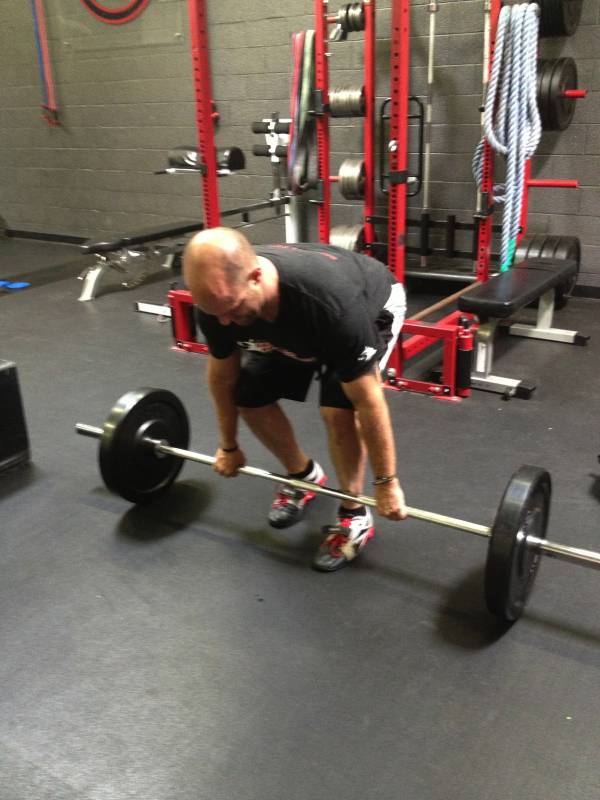 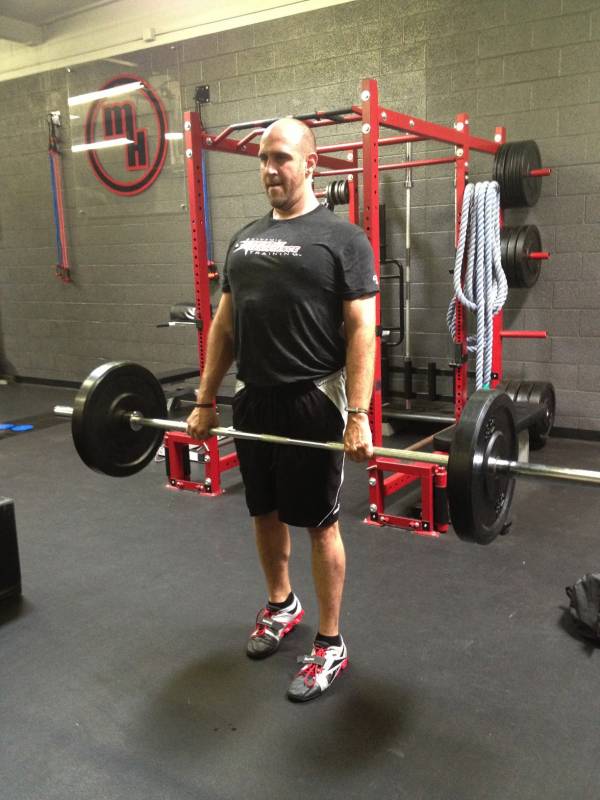 Performing all three variations within a training session is far from ideal. Cycling is a far better option. We can use all three within a cycle or, if we want to identify which is most effective for ourselves, use only one. Using all three, we can implement a heavy, medium, light cycle. One day being a heavy emphasis, another medium, and the last day light. Since the snatch grip deadlift is our most stable lift we can use it as the heavy, and following a pattern of instability we would follow with sandbag shouldering and staggered deadlift