CrossFit, running, gymnastics, martial arts, and Olympic lifting all have amazing benefits, but each also has its hazards. Life would be boring if we didn’t do the things we enjoyed.

CrossFit, running, gymnastics, martial arts, and Olympic lifting all have amazing benefits, but each also has its hazards. Life would be boring if we didn’t do the things we enjoyed. What is most important if you are new to any form of fitness is that you are educated in both the benefits and the hazards.

This article will educate you on the benefits of hot yoga (for an already healthy person). We will also talk about how moderation is key to obtaining these benefits.

Many of the referenced studies examined Bikram Yoga, since this style is synonymous with heated yoga, but the information in this article can also be applied to other yoga styles done in a heated environment.

The Science of Hot Yoga

For those practicing hot yoga, the most common problem is usually heat exhaustion. In this scenario, the normal feedback mechanisms for controlling body temperature are operating, but they are unable to prevent an increase in body temperature above the normal level. Heat stroke can also occur in hot yoga classes and is a more severe situation. With heat stroke the normal negative feedback system breaks down completely.

Despite these dangers, hot yoga can increase flexibility, aid in arterial heart health, and increase our general feeling of well-being. So, let’s take a look at the science behind heated yoga to find out exactly how it can benefit you and why.

The Journal of Strength and Conditioning Research did an exploratory study to examine the effects of short-term Bikram Yoga training on general physical fitness in young healthy adults. The control group consisted of eleven individuals aged 26 ± 7 years old and the Bikram group, which consisted of ten individuals, aged 29 ± 6 years. The Bikram group did 24 yoga sessions over the course of eight weeks. Each session consisted of ninety minutes of standardized and supervised postures performed in a heated and humidified studio. 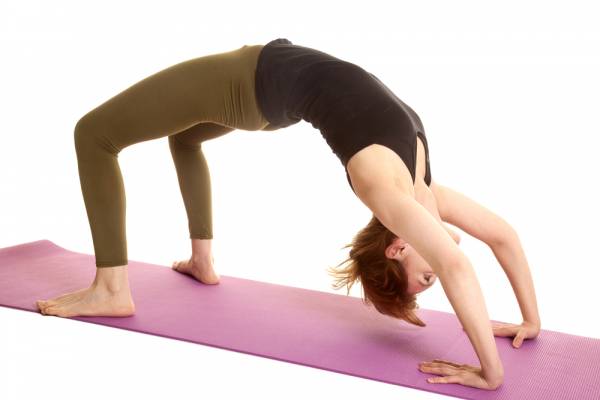 “Be safe, enjoy what you do, and educate yourself in both the benefits and the risks (as with any fitness program).”

Conclusion: This short-term yoga-training protocol produced some beneficial changes in musculoskeletal fitness that were specific to the training stimulus.

The Journal of Alternative and Complementary Medicine sought to determine the effect of Bikram Yoga on arterial stiffness and insulin resistance in young and older adults. They recruited 24 young adults (mean age 30 ± 1) and eighteen middle-aged and older adults (mean age 53 ± 2 years). They completed an eight-week Bikram Yoga “intervention” where classes were performed for ninety minutes per session, three times per week.

“The results concluded that change over time in both core self-evaluation and life satisfaction was statistically significant, having improved over the course of the intervention.”

The results showed that body mass, body fat percentage, blood pressure, and fasting blood glucose and triglyceride concentrations did not significantly change as a result of the intervention in either age group. Trunk flexibility, as measured by the sit-and-reach test, increased in both groups. 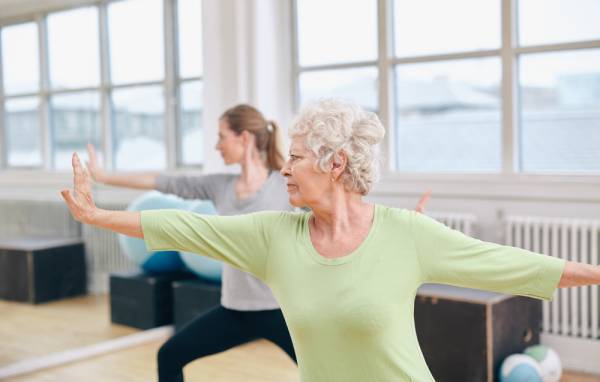 Low-density lipoprotein cholesterol levels, plasma insulin concentrations, and scores on the homeostatic model of the assessment of insulin resistance decreased in older adults, whereas total high-density lipoprotein cholesterol concentrations were reduced in young adults. Carotid artery compliance was increased and β-stiffness index decreased in young but not older adults.

FREE WORKOUTS TO GET STARTED: A Library of Yoga Workouts

A study conducted by the Journal of Behavioral Health examined the effects of Bikram Yoga on two aspects of psychological well-being: core self-evaluation (CSE) and life satisfaction:

22 subjects completed a sixty-day Bikram Yoga challenge. Self-reported survey responses were gathered before and immediately after the challenge. A within-subject (people of the same test group, including the control), pre-test and post test experimental design was used. 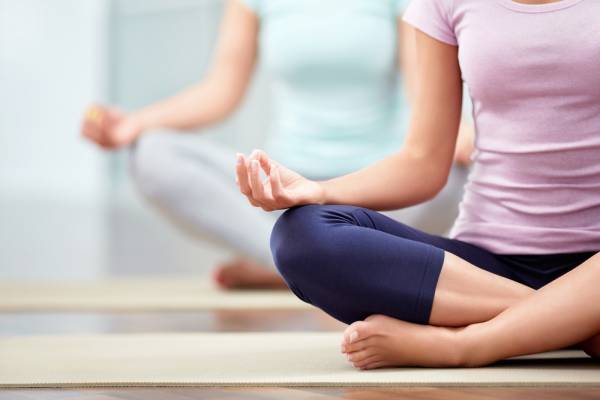 Conclusion: Change over time in both core self-evaluation and life satisfaction was statistically significant, having improved over the course of the intervention. It is likely the well-known effects of participating in physical exercise also contributed to improvements in psychological well-being.

Including Hot Yoga in Your Own Routine

As with any training modality, hot yoga comes with both drawbacks and benefits. I am both a biologist and a registered yoga teacher (RYT), and I have seen the ins and outs of many hot yoga facilities. When choosing where to train, I recommend doing research on both the facility and the instructors. Look for teachers with more education under their belt besides an RYT, especially when it comes to studio owners.

If ever during a hot yoga class you become too hot or feel dizzy, slowly walk out no matter what your instructor tells you. Don’t be afraid to do this. I also don’t recommend doing two or three hot yoga classes in one day, no matter how much you enjoy the practice. You can become severely dehydrated and the benefits of your practice go right out the window.

Be safe, enjoy what you do, and educate yourself in both the benefits and the risks (as with any fitness program).