In 2012, the USDA released a document entitled “Official USDA Food Plans: Cost of Food at Home at Four Levels.”This document estimates how much individuals and families will spend if they follow the USDA guidelines for nutrition. According to the USDA’s calculations, the amount of money you need to feed a family of four, with two children ages 2 – 3 or 4 – 5, ranges from $126.50 (the “Thrifty Plan”) to $246.30 (“Liberal Plan”). Various polls also support these estimates. For example, a recent Gallup poll found that the average American family spends $150 per week on food.

At the end of the year, my husband and I sat down and analyzed our spending in 2012. As I’ve mentioned before, this year was a year of big change for our family nutrition. I expected to find that we had spent much more on groceries than in previous years. Although our spending did increase when we first made our dietary changes, we were amazed to find that as the year went on, our grocery costs actually went down. At this point, we spend an average of $100 per week on groceries – an all time low for us – and are eating healthier than ever. Here are five things that have helped us strike a balance between healthy and affortable:

1. Use the Whole Animal

Boneless, skinless chicken breasts are a convenient modern invention. They’re also expensive. If you want to save some money, do the work yourself and buy pieces with skin and bones. Not only is this often more affordable, but using the whole animal – if you include animal products in your diet – also goes a long way, since you can use the other parts for other purposes.

The best example I can think of this is making your own broth. I make two batches of bone broth per month – one batch of chicken broth and one of beef or lamb bone broth. We eat a lot of soups and stews in our family, and I was shocked when I added up how much we were spending on store-bought broth per week. Making homemade broth is so easy to do, and is also one of the healthiest homemade foods you can eat. My daughters love to start off the day with a warm cup of bone broth. I’m convinced that it’s one reason we’ve escaped the usual flu or cold that hits us every winter. Here’s how you do it: 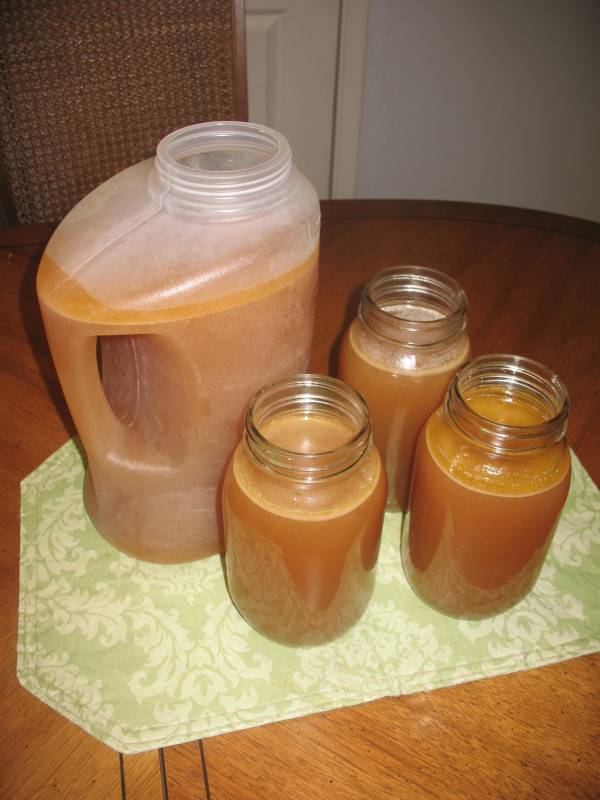 You’ve probably already noticed this, but you’ve actually done two things here. Not only have you made a ton of broth to last you about a month or so, but you’ve also rendered your own fat. So you can take chicken broth and cooking oil off the grocery list.

You can skimp on this rule if you don’t really care about nutrition, but if you want to eat well on a budget this one is crucial. When we first started changing our eating habits, I wasn’t planning a weekly menu and we were spending much more. Once I started sitting down and writing out our meals for the week and a grocery list based on those meals, our spending decreased dramatically.

This also goes beyond planning out your grocery lists. If you have a busy household, you’ll also need to plan out when you make what. For example, let’s say you want to eat chicken mole for dinner tonight but are out of homemade broth. You’ll have to run out to the grocery store and purchase $5 to $10 worth of broth to make it. Without planning, these last-minute grocery trips become more and more common, and the spending adds up as well.

By rationing I really mean being conscious of what food you have and how much you have left. I keep constant tabs on how much broth we have in the freezer and how much produce, eggs, and meat we have left. My kids snack frequently throughout the day, but I set aside portions for them to make sure we don’t eat all our food before the week is over.

Rationing also makes it possible to buy higher quality food. Before we started following the paleo diet, we were spending $12 per week on non-organic pasteurized milk. We bought three gallons per week and often went through four. Giving up dairy was probably the hardest part of going paleo, especially for my kids. Now, we buy one gallon of local grass-fed milk each week and ration it very carefully. Everyone gets one glass of milk per day at lunch, as opposed to three or four glasses a day.

4. Don’t Be Afraid of Leftovers 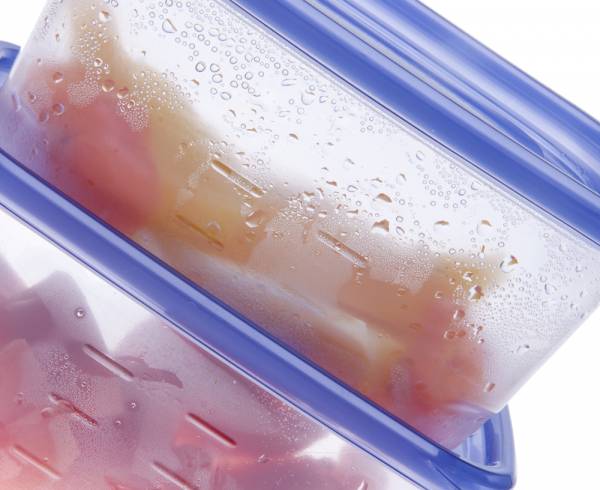 I only cook three or four dinners per week, and the rest is leftovers. My husband is the oldest of eight kids. When we got married he really had to convince me that ‘leftover’ is not a bad word. I really hated leftovers as a kid, but I’ve come to appreciate them now that budgeting is a part of everyday life. When I plan for our dinners, I always make enough to last at least two nights. We either eat the leftovers for lunch or dinner, or sometimes if we have enough food in the fridge I will freeze them.

I used to plan my groceries based on what meals I wanted, but now we’ve started planning our meals based on what produce is in season and what meat is on sale. Eating seasonally has allowed us to buy local and organic food that we wouldn’t be able to afford otherwise. We either get a produce basket from a local co-op or buy it from local farmers at the farmer’s market. This has also allowed us to expand our horizons and eat foods we wouldn’t normally make.

Staying within a reasonable grocery budget doesn’t mean you have to eat cheap, low quality food. Frugality and health are not mutually exclusive. It might take more time and planning, but with the right strategy you can have your healthy cake and eat it too.