In 2007 a highly publicized study concluded that obesity is contagious. That study suggested that those who are closely related to obese individuals, such as friends and family, have a 57% greater chance of becoming obese themselves. Our social construct is largely built around food and drink, so it certainly seems logical and plausible that such a determination was reached. With such a deduction, it’s not a far-fetched idea that the opposite could also be true – that being fit is contagious. You are who you roll with, and if you roll with fit people, I’m guessing you’re most likely fit as well.

Fifteen months ago I moved to Denver, Colorado, partly for a fresh start as well as for professional opportunities, namely helping to open up a new fitness franchise. What strikes people funny about the idea of moving to Denver to help open up a fitness studio is that people here are already fit. Why would anyone open a gym where everyone is already fit? That’s the way it works with fitness though, you open a gym where people value it the most. It’s the same reason there are tons of coffee shops in Seattle where they already have tons of coffee shops – people like and value coffee there. Though it seems like the altruistic and worthwhile thing to help those who need it the most, the overweight and sedentary, they also tend to be the people who value it the least – thus, their condition.

In the fitness business, the people that need fitness the least, the hyper-fit, are also those who value it the most. In short, they are my best customers and Colorado is chalk full of them. According to the latest Gallup–Healthways report released in April, four of the top ten least obese cities in the United States are in Colorado (1. Boulder, 4. Fort Collins, 6. Denver, 10. Colorado Springs). That’s not to say that Colorado doesn’t have its fair share of problems with the ever-expanding obesity crisis. In fact, Colorado’s obesity rate doubled between 1995 and 2008. This alarming statistic is an acute reflection that Colorado is a microcosm of our nation in general. Colorado, like the U.S. as a whole, is actually a tale of two states – a fit one and a fat one, superfit and superfat.

You would think it would stand to reason that the best place to open a fitness franchise would be in Texas, home to America’s fattest city (Houston). Texas also has a statewide population that as of 2009 was a third obese. Unfortunately for the overweight citizens of Texas, businesses are not opened on the basis of what is good for people, but by demand. Without sounding too crass, Texas and the South in general is a good place to open up a fast food franchise, not a fitness franchise. My company, a national fitness franchise operator, just opened their seventh franchise in Colorado. We have none in Texas or anywhere else in the South, except Florida. 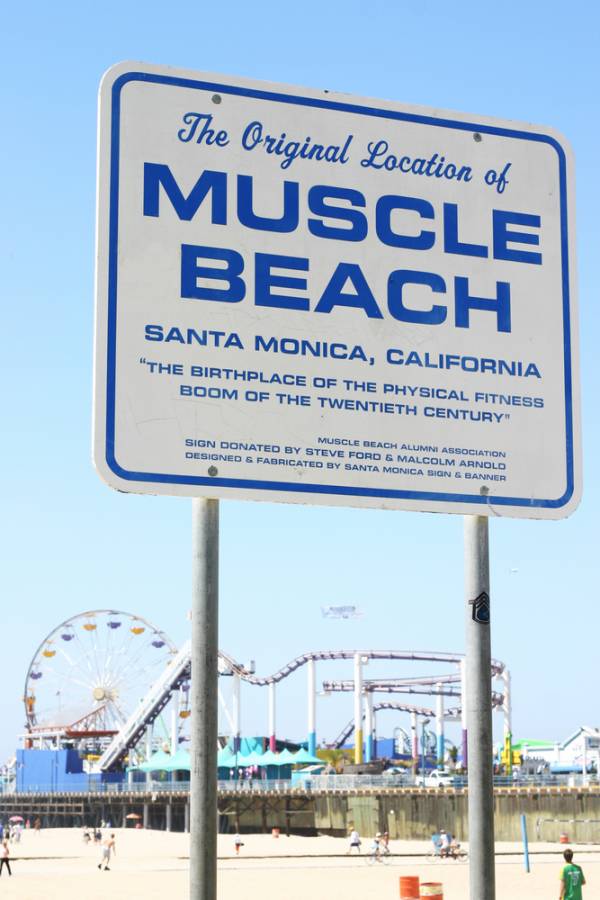 I like Colorado’s version of fitness because it is my contention that community is the future of fitness. Furthermore community is the way we will combat and win the health care crisis and obesity epidemic. While Los Angeles, California is known for Muscle Beach and the fitness culture, L.A. is also known for how people look. Colorado, also a fitness mecca of sorts, is known for what people do. Everyone in Colorado it seems is in to doing something – climbing a mountain, riding down one, scaling walls, riding bikes on trails – you get the idea. The thing that appealed to me about Colorado’s version of fitness is that doing something builds community, whereas looking like something does not.

If this country is ever to solve our health care crisis and obesity epidemic, it’s going to look something more like Colorado than Texas. Look, I’m not trying to mess with Texas – Texas does many things right and has been an economic juggernaut in our recent downturn. I’m merely commenting on the clear statistical data that says Texas is fat and getting fatter. I am also agreeing with the assertion that obesity is indeed contagious or, said another way, a product of environment. While we look at every possible way to take in a calorie and every possible way to burn a calorie, we seldom look at the lifestyle factors and sociological variables that have contributed to obesity.

It is my assertion that the environmental, mental, and sociological variables are the real cause of obesity. The calorie consumed is not the cause of the obesity crisis, it is the by-product. Additionally, the calorie burned is not necessarily in and of itself the cure. We must solve the obesity crisis by combating the contagious nature of it – by creating an equally effective contagious choice.

The war on fat and the health ramifications that fat causes will be won with community. Those in the fat and sedentary camp need to join the ranks of the hyper-fit, no matter how intimidating and difficult that may seem. To facilitate this tough change, we need community and thanks to things like CrossFit, we’re seeing this trend explode in fitness. 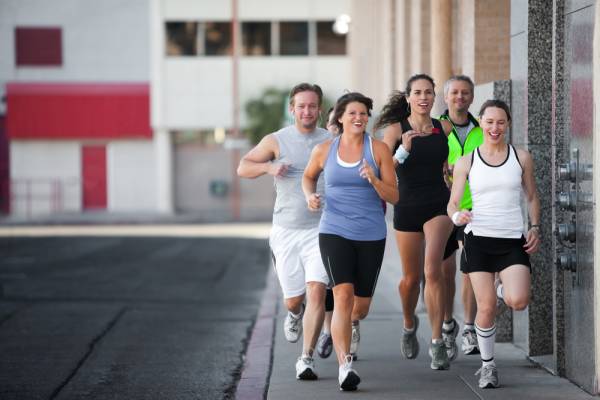 CrossFit has been one of the most interesting case studies in fitness in recent years. CrossFit took a bunch of old-school exercises and packaged them in a new-school way. However, what makes CrossFit special isn’t power cleans and kipping pull ups, it’s community. That’s why it works. Getting fit, and even really fit, is contagious. My franchise is banking on a similar model. We do heart rate interval training by doing muscle endurance exercises and running on treadmills. Running on the treadmill is hardly a new idea, but getting people to compete against themselves while in a supported community is.

Personally, I am banking on the idea that the answers to what ails us are found in a sense of community – starting with our close friends and family and expanding to the community around us such as the fitness studio where we train. Beyond that, we can influence our surrounding community, such as our neighborhood, town, city, and state. It is not an overstatement to claim that our nation is Fat, Sick, and Nearly Dead, as the title of a recent documentary suggests. If we are going to win the war on fat and turn the tide of health and wellness in our nation, it is going to start small and with those closest to us. Being fit and healthy is contagious and the best way to get somewhere is to find those that are going in the same direction you are.