In looking at the war on fat and our nation’s obesity epidemic, it’s helpful to look at two other closely drawn battles – the war on alcohol and the war on drugs.

The United States is losing the war on obesity, which is news to exactly no one. Despite the efforts of our federal government and corporate America, the trend of our expanding girth continues. Despite the labor of well-intentioned grassroots campaigns and community organizations, and those on the front lines in fitness and wellness, we are continually losing ground as a society when it comes to our weight gain. We are getting fatter. We’re less healthy this year or decade than we were last year or last decade. As of the latest CDC statistics, almost 70% of the adult U.S. population is overweight or obese.

The United States of America – land of the free and home of the brave, and home to the worlds’ heaviest population. Yet it isn’t for a lack of effort that we are losing the battle of the bulge. In fact, it seems America never backs down from a fight. We fight wars against tyranny, wars against drugs, and now a war on fat.

America likes a good fight and the strength of America is the willingness to take a stand and not back down. However, knowing when and how to fight is another matter for us. As strong as our nation is at getting into a scrap, our weakness is the honest evaluation of the wars we fight. At some point we need to determine whether we are winning or losing these wars, and when it’s perhaps time to try a different type of fight.

In looking at the war on fat and our nation’s obesity epidemic, it’s helpful to look at two other closely drawn battles – the war on alcohol and the war on drugs. We have historical precedent for the failure of the war on alcohol, which ended in the repeal of the Eighteenth Amendment.

Some time sooner than later we will also most likely see that our attack on the supply side of drugs has been a colossal failure. The war on drugs, established during the 1980s, has simply burdened our nation with overcrowded prisons and a population that is no less sober than it ever has been. Attacking the supply side of lifestyle issues like drug addiction and obesity simply does not and will not work. It is my fear that we are going down the same rabbit hole in the war on food.

The Alcoholism Epidemic and the Obesity Epidemic

Drinking has been a prevalent part of American culture since the days of our founding fathers. John Adams, the second president was said to start every day with a glass of hard cider. His contemporary, friend, and predecessor, Thomas Jefferson was known to be a connoisseur and collector of fine French wines.

Americans have always been fond of the drink, but serious alcoholism didn’t really make its mark on our society until the supply of alcohol changed. Specifically, after distilled alcohol appeared during the mid-1800s, Americans consumed these harder spirits in the way they did beer, wine, and cider – that is socially, casually, and frequently.

The effects were devastating. With Americans becoming a nation of drunkards, alcohol became public enemy number one and the temperance movement grew to one of the strongest political forces in the nation. Ultimately the Eighteenth Amendment to the U.S. Constitution was passed making the sale, distribution, and consumption of alcohol illegal. 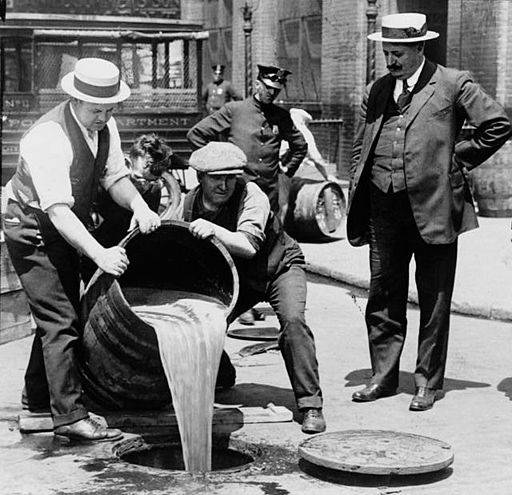 If we look at the obesity epidemic in our society we see interesting parallels to that of alcohol and its effect on American society. Americans, like any culture, have our customs, traditions, and social constructs around food. With food becoming readily available in the Industrial Age, people in our country no longer had to struggle for sustenance.

As technology increased, people also had more time for leisure and automobiles enabled people to live in suburbia and walk less. The sedentary nature of interacting with technology such as televisions and computers replaced many physical activities.

Still, despite the availability of food and the diminished physical activity in our society, the percentage of overweight and obese Americans remained for the most part unchanged for the first seventy years of the past century.

Then, in the late seventies and early eighties the percentage of overweight and obese Americans began to skyrocket and that trend continues today. What happened? As it was with the case study on alcohol, the food supply changed.

Corn became the commodity of all commodities and is still heavily subsidized by our federal government today. Derivatives of corn, like high fructose corn syrup, were introduced in to the marketplace and packaged and processed foods came to dominate the culinary landscape.

Certainly there are other contributing factors from schools cutting physical education programs to bigger portion sizes, but what we eat has also changed how we eat. There is no debating the fact that the dramatic shift in our weight occurred as the nation’s food supply shifted, which begs the question, do we then go to war against our nation’s food supply?

The War on Alcohol, Drugs, and the Wrong Kinds of Foods

In the 1800s, with a clear distinction of where and when the tipping point of alcohol abuse occurred, it seemed to follow logically to go after what caused the problem – the supply of alcohol. The challenge was the slippery slope of where to stop.

As the temperance movement gained ground and momentum, they moved past taking aim at distilled liquors to all alcohol. The thought was that all alcohol can and does cause alcoholism and it was up to our government to protect the population from these evils. The problem is that regardless, Eighteenth Amendment didn’t work. People still drank; they just did it illegally.

You have to wonder if we’re going down a similar road with our food supply. Not that there will necessarily be laws making soda or fast food illegal, but it’s also not beyond comprehension. As our nation got fatter, initially our federal government responded with a war on fat.

Carbs seemed to be the next culprit, and truthfully there is probably no bigger food problem than that of sugar or the derivatives we equate to sugar. But taking aim at certain types of food seems to reek of the same problematic nature of taking aim at the drugs or alcohol that affect many.

People will find ways to get the foods they crave, especially when they are cheaply available. Restriction or taxation will simply cause people to switch their addictions to different foods. Whatever the foods in question, the issues in and around obesity aren’t really about attacking the supply side of food. They start individually with each one of us. 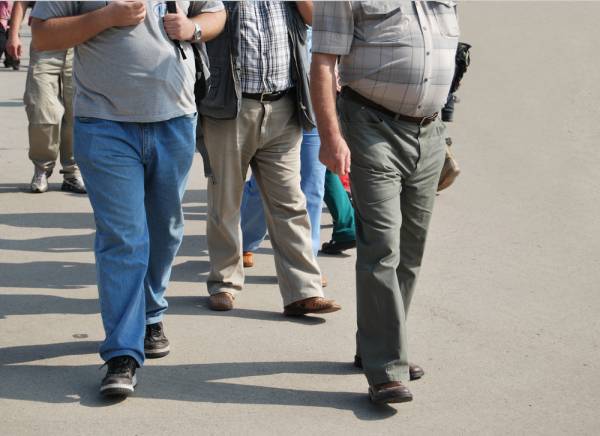 I hate to sound like a hippie, but wars in this sense more often than not do not work. The battle of the bulge will not be won in the corporate boardroom or courtrooms of the Supreme Court, it will be won in the minds of each one of us individually and collectively. It will be won by educating those who don’t know better or those who need to be reminded again.

Taking aim at and blaming corporate America won’t work either, although I am all for holding those that supply our food accountable. It’s up to us as a citizenry and not up to our city, state, and federal governments.

Telling people what they can eat legally is rife with problematic issues – starting with the fact we live in a free society. It’s up to us to demand we are fed healthy and nutritious food. Blaming McDonald’s or Coca Cola solves nothing. McDonald’s will sell organic broccoli if enough of us demand that they do so.

Furthermore, there still isn’t a serious discussion about our nation’s collective mental health or lack thereof. We need to acknowledge that these issues – alcoholism, drug abuse, and obesity – all share a common thread of both economics and a correlation to a person’s emotional make-up.

The war on drugs is a war that affects mainly those in a lower socioeconomic status. The same holds true with obesity. The cheapest food is the lowest quality processed food, and therefore those are our heaviest citizens. Our government feeling that they know what is best for our nation’s poorest citizens is a recipe for disaster.

Addictions are issues that are derived out of an emotional state. People drink or eat in excess in response to not feeling satisfied or satiated. In addition to the dialogue on the food supply and getting people to move or exercise more, we also need to have serious discussion about how best to provide support and help to those who are struggling with food, alcohol, or drugs. We need to ask community leaders and those in the poorer and challenged areas how we can help, versus thinking our government can and should dictate to them what they can and should eat.

Smoking decreased dramatically when the emotional associations with smoking changed in our society en masse. Instead of being hip, cool, and relaxing, smoking became lethal, dangerous, and disgusting. These shifts came about through education and social pressure, not from government laws or corporate initiatives.