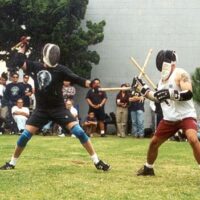 Chris Costa has participated in hockey as a coach, player, and official for 22 years. Growing up, he found a passion for sports through baseball, soccer, and hockey. As his hockey became more serious, he realized the importance of performance. He began training himself, as an early teen. Where he developed a passion for strength and conditioning.

He specializes in hockey training, both on and off the ice. His education has also given him the opportunity to learn how to implement a healthy, nutrition program. While Chris primarily works with hockey players and golfers, he openly works with all athletes. He found a passion in help elite athletes achieve an even higher level of performance.

In 2013, he worked as an intern with the Philadelphia Flyers organization. Currently, he is pursuing a Master's degree in Human Performance. He is also the owner of Assist Performance, a website dedicated to developing elite athletes. Chris’s other projects consider of a hockey performance specialist/writer for StackMedia, HockeyOT, and Ultimate Hockey Source.