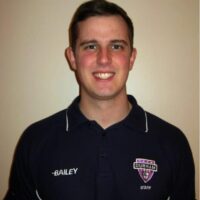 Daniel Lonsdale first started coaching during his early years at University, where he coached rugby union at a number of primary and secondary schools. He soon progressed to assisting with the coaching of RHC Cougars, an Edinburgh rugby club.

Upon graduating Edinburgh University in 2012 with a Bachelors degree in Applied Sports Science Daniel applied and got accepted to the Team Durham Internship program that runs at the highly regarded Durham University.

Daniel is currently involved in providing strength and conditioning for the top athletes of Durham University, which is ranked second in the British University Sport league table 2011/2012. Daniel has been particularly involved with the following Team Durham sports: rugby, rowing, fencing, cricket, and men’s lacrosse. He has also worked closely with a group of triathletes in their first year of competing. Alongside his internship he is also currently gaining experience coaching and working with the Hartlepool United youth team, the Team Northumbria ‘netball talent league’ squad, and the North East of England talent programme.

Alongside his Bachelors Degree in Applied Sports Science Daniel has obtained the following qualifications: NASM-CPT,RFU Rugby Ready Course, and RFU Level One Rugby Coaching Badge. He is currently working towards his NASM-PES and NASM-CES as well as his UKSCA accreditation.

Daniel has a particular interest in the fields of rowing and rugby, as these are sports in which he has the most experience in himself at a competitive level. Although he is new to the field of strength and conditioning he has already gained a wealth of experience working alongside a team of coaches who have helped Durham University become a center of excellence for cricket and rowing in the United Kingdom.