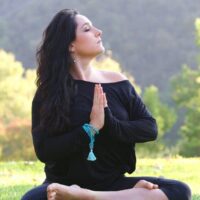 Jessica is a lifelong athlete. Her truest passions are movement and creativity. She is currently studying under Suhaila Salimpour and is a member of her internationally-acclaimed Suhailia Salimpour Dance Company. In 2014 the company booked in San Francisco, Austin, Boston, and various other touring cities. Jessica has studied intensively for the last eight years in her format, attaining a SSSD Level 3 and Jamilia L1. She is currently studying for her next levels in dance and will be completing her Yin Yoga teaching certification with Master Paulie Zink in 2014.

Jessica started her athletic journey at age six in the area of competitive ice-skating. She competed on the national competition circuit in ice-skating, as well as in equestrian showing riding (English style). She continued her athletics through high school in track and field, specializing in hurdles relay team and 200-meter hurdles, concurrently part of the competition cheer team. In her college years she intensively studied martial arts and yoga, and went on to win two U.S. Open World Martial Arts Championships.