Adventure running games have become fairly popular, especially with the creation of Zombie, Run! and the Zombies, Run! 5K trainer, as well as non-fitness but GPS-based games like Ingress.

But what if you aren’t particularly into zombies and want to get running? What if you’re more the type for battling with aliens while wearing an exosuit? Well, there’s an app for that!

BattleSuit Runner Fitness is a GPS-enabled role-playing game. The interactive platform allows you to achieve success on various missions by changing speed and direction during your run. You can choose the length of the mission, and provide a music playlist to use during the mission. 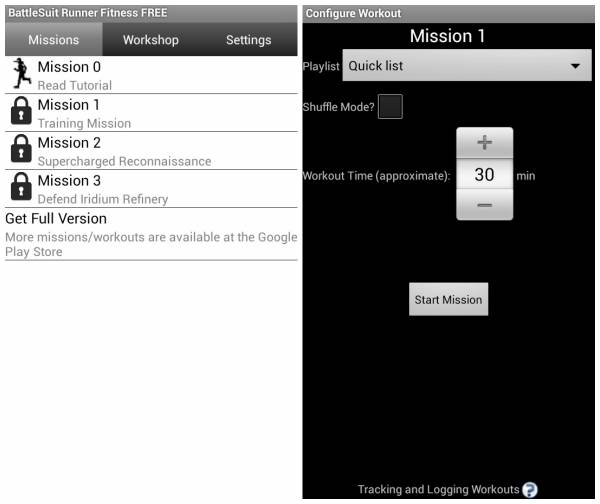 Start out at the pace you like with your music playing, and BattleSuit Runner will take you through the plot of your mission. While on your mission, you are encouraged to speed up and slow down, as well as retrieve items like a special metal called iridium. The iridium lets you upgrade your suit. So, at the end of the mission, you get suit upgrades and other powers to make the next mission even more interesting. (Note: The suit upgrades only “stick” in the paid version.) 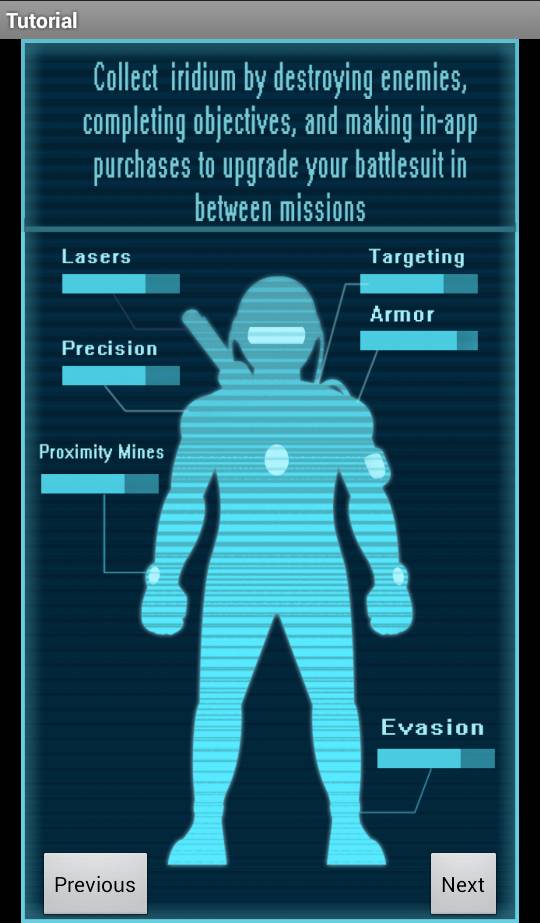 BattleSuit Runner doesn’t have a huge amount of settings, but what it has is useful. There’s a setting for kilometers or miles for distance, and for how fast to expect sprint speeds to be, from “easy,” to “commando,” and beyond. Additionally, there’s an ability to post your run to Facebook, for those of you who love to share. 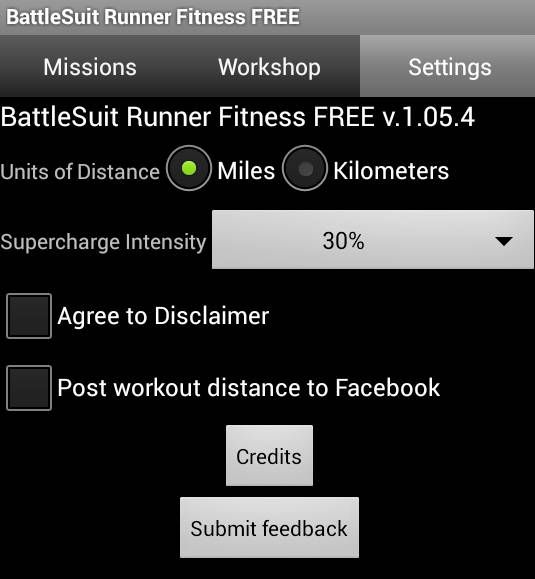 Currently BattleSuit Runner has no synchronization with a fitness app like MyFitnessPal, Nudge, or any other tracking applications. I’d love to see a way to push data to at least one of these so that calories and workouts could be easily integrated into a daily count.

The only known technical issues I could find with this app had to do with music. Apparently, if you do not have a music application currently installed, you can’t use the application. As someone who can’t live without music, I was a little appalled at the thought of running without it. But I think freedom of choice is important, and the makers of this app most likely assumed that the user would already have at least one music app installed.

With a free version to try it out, there’s no reason not to give BattleSuit Runner a try. I find it to be a cross between the Metroid video game and the Starship Troopers movie, and it’s a lot of fun. Let me know if you do try it out and what you think, especially if you’ve tried Zombies, Run! as well.

BattleSuit Runner Fitness is available free of charge for iPhone and Android.

As someone originally more comfortable in a server room than a weight room, Amber Lee began as a technical support geek and training and development specialist. She started really enjoying the gym when she found CrossFit in 2007 and joined CrossFit Boston. Never one to do anything halfway, she received her certifications in CrossFit Level I, CrossFit Olympic Lifting, and Crossfit Endurance shortly thereafter.

While still working in technology, Amber continued moving forward with her coaching education, teaching outdoor classes and eventually moving away from CrossFit to pursue more knowledge about kettlebells and primal movement. She received her HKC in 2010. After taking time off to work in fine dining, do some consulting, and work with a trainer, she received her RKC in 2012. In December of 2012 she opened her gym, GiryaScope Kettlebell Training, just outside Boston, Massachusetts.

While Amber is still called upon to consult in the world of software, hardware, and medical devices, for the most part she focuses her time on developing her knowledge of movement. Amber was certified as a Primal Move instructor in March of 2013, and attended the CK-FMS in May of the same year. She considers any training that helps her clients move, feel, and function better to be worth attending. When not studying, she loves to research new software and gadgets designed to make fitness more fun, and help coaches manage their time and businesses more efficiently.