BJJ Needs You: Be Part of the Competition by Volunteering

Competing isn’t the only way to participate in a BJJ tournament – you can also volunteer to work at the event. There are a lot of different volunteers needed to make it a great day for the athletes.

My metabolism changed when I was about 25. I had always been very skinny in spite of the fact that I never exercised, had a horrible diet, and drank a lot of beer. I was in denial when I noticed the first little bit of fat accumulating but eventually I realized my lifestyle had to change. I have awful coordination and I’ve never been athletic, so my initial attempts at exercising were pitiful. I tried step class and failed miserably because I couldn’t coordinate my arms and legs to follow the steps, and the same goes for most group classes.

At one point I decided to try belly dancing because I thought it might help me to move more fluidly. Of course, I was a disaster. My instructor tried to help me and mentioned that there would be a show coming soon for me to participate in. There was a zero percent chance that I would ever dance in public and when I told her that, she was confused. She asked me why I was taking the class if I didn’t want to show everyone what I learned. I told her I just wanted to learn how to belly dance. Learning in itself has always been enough for me. I’ve never had the desire to display my skills in public.

In the jiu jitsu community there is a lot of pressure to compete and show your skills in tournaments. Over the years, I found the times leading up to tournaments stressful because I never wanted compete and found myself constantly having to justify my decision to teammates and coaches. I just didn’t want to. Still, I finally competed in two tournaments a few months ago and recognized their value as a learning tool. After the competitions I put my medals in a box and I haven’t looked at them since, but I think a lot about what will help me to do better next time.

It takes a lot of people to run a tournament, so volunteers are in high demand. Usually, a Brazilian jiu jitsu club owner or coach is the person who begins organizing the tournament, booking the venue, ordering medals and trophies, etc. But it takes more than one person to run a successful event.

On the day of the tournament, people are needed to weigh the competitors, ensure they are registered properly, and collect the tournament fees. Once competitors are weighed in and registered, bracket organizers are the people who take the list of competitors and break it down into brackets according to experience level, weight class, gender, and age. These people also set up the matches in each bracket. Once the brackets are organized and mapped out on a flow chart, they are assigned to a mat, where the volunteers assigned to each mat take over. 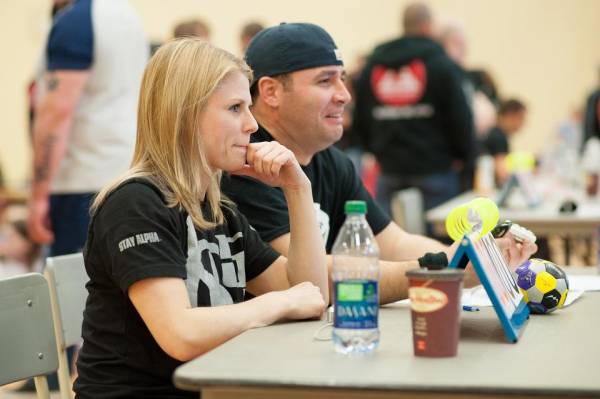 The Abhaya Open Grappling Championships 2013 was this weekend and I volunteered to help out. I couldn’t be a referee since I don’t know the IBJJF point system, so instead I asked to be a timer or scorekeeper, thinking it would be an easy day. Believe it or not, flipping numbers and keeping time is kind of hard! Keeping track of which competitor scored which points and watching the clock for time required a lot of focus. With friends and competitors stopping by to say hello or ask when they were up next, it would have been easy to make mistakes.

Being a referee at a BJJ tournament is a tough job, too. Competitors and spectators watch scores very closely and decisions are sometimes questioned, so referees have to know the IBJJF rules and regulations very well. These rules are required knowledge for coaches who volunteer at the event if they want their athlete to succeed. 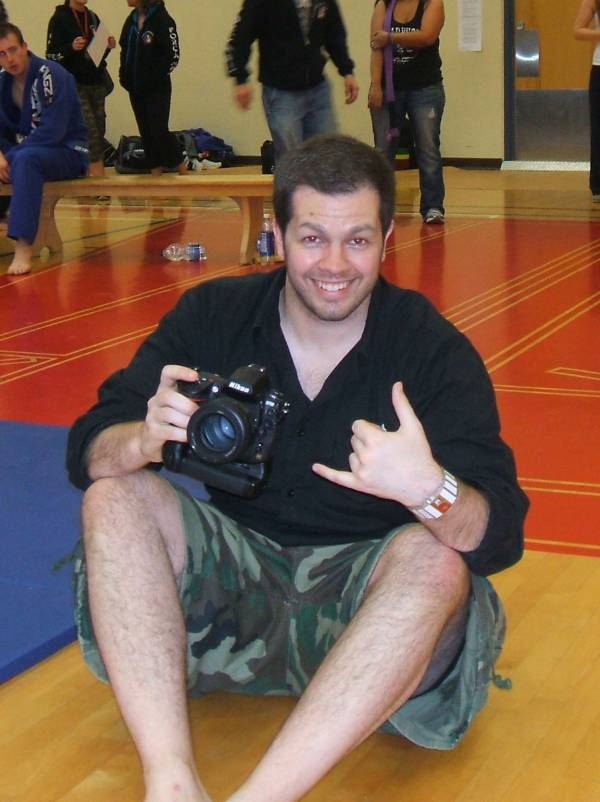 Volunteering goes beyond just the event staff. Photographer David Brown is at every local tournament volunteering his skills and everyone looks forward to seeing his photos posted on the Maritime Jiu Jitsu Facebook page after the day is done. It was also fun to watch the matches on Facebook the next day and I was happy to see so many people had volunteered to be videographers for some of the competitors.

At the end of the day, volunteers are needed to round up the winners and distribute the medals and prizes correctly. Often there is a podium and it’s a great time for friends and family to take pictures of the athletes’ shining moments. Athletes who have businesses can also contribute to the day by donating prizes or providing sponsorship, and professionals in the medical field can offer their services to competitors or spectators who have medical emergencies during the tournament. Everyone has something to offer. Simply volunteering to clean and maintain the venue is a huge help.

Given that volunteers are putting in time for free, I think they should also be treated professionally in return. In my opinion, volunteers should be organized and scheduled the same way they would be at a business in order to accommodate breaks, lunches, and availability. During the day I had to ask people to get water or cover me if I went to the washroom and I didn’t get a chance to eat from 11:00am until 8:00pm. If we had been scheduled in three or four hour shifts, I think it would have been a much easier day. Another option could be to have a volunteer distribute snacks and/or lunch to people who were on duty for long periods throughout the day. Tournaments make a lot of money for the hosting club and it would be a small expense to show appreciation for the volunteers’ efforts and encourage them to do so again next year. 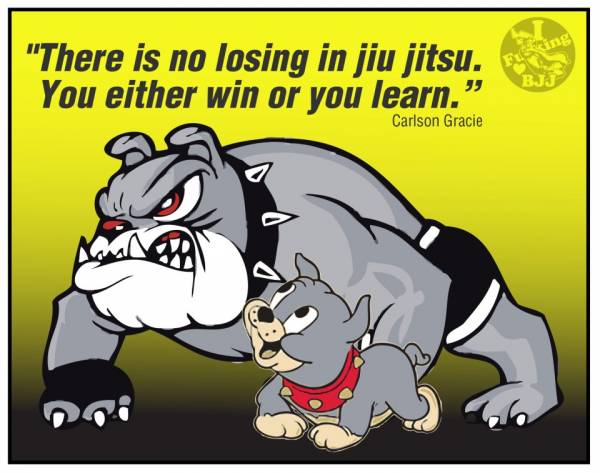 Overall, though, I enjoyed volunteering at the Abhaya Open this weekend. I was able to meet a lot of people from different clubs, watch some fun matches, and learn a lot of the IBJJF rules, which will help me when it’s my turn to compete. In the meantime, I look forward to volunteering again!

Have you volunteered at an event? Why did you do it and what did you get from it? Post to comments below.