Born to Run: Why Track and Field Deserves Your Respect

What is running fast or far, if not a metaphor for the internal struggle against the body’s inherent laziness?

I spend quite a bit of my time searching and perusing strength and conditioning info, programming theory, and other Breaking Muscle-worthy content even though I’m in high school and should be doing my homework.

I also do my best to keep an open mind about everything I read (unless it promotes the Smith machine). Most others at my age – high school teenagers who are terrified by the prospect of college applications – are preoccupied with social drama or celebrity news. I am proud to say I’m not one of them. My obsession with fitness is a bit more practical.

People do have dogmatic judgments about athletics and sport, though, and listening to their gripes makes you reevaluate your beliefs and your reasons behind them. Like the time last year when I was hanging around during gym class and overheard one guy, a junior varsity basketball player, say to another classmate, “Track is only for people who don’t have a sport.”

Excuse me? It was obvious that his exposure to track and field, otherwise known as the ancient sport of athletics, was limited to the half-hearted attempts at making us jog on the track that seemed to be the best our gym teachers could come up with on “fitness days.” I’m pretty sure that any 100m sprinter could have caught this guy in a foot chase and made him regret what he’d just said.

But because I don’t have an army of ripped track-and-field athletes at the ready to hunt down their detractors, I’ll just have to make do with my own rebuttal against this guy’s unique brand of asininity. Dude, if you’re out there reading this: here’s why track and field is a real sport, and one that you should respect.

Naked Runners and the History of Sport

Modern people agree that the Olympic Games are the pinnacle of sports proficiency, and within these competitions you will encounter the most agile, swift, strong, explosive, and coordinated physical specimens on the planet.

We can thank the ancient Greeks for the entire concept of the Olympics. They devised the festival for no other reason than to please the gods and thank them for the freedom to develop their physical prowess. The first sports in the Olympics were feats like wrestling, boxing, pankration (an intense hybrid of the former two) – and athletics.

That’s right. The oldest humans, on whose example we founded our own civilizations, didn’t care about foul shots scored or goals saved or the player with the newest Air Jordans. They cared about being able to defend yourself (either skedaddle or stand and throw a really big rock), to sustain yourself (go build your own shelter and kill your own game), and (because they all worked out like this) to look good naked. 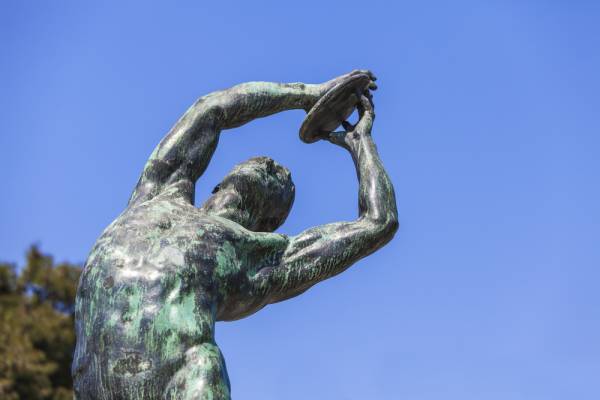 Basis of Sport: Character and Athleticism

All sports require this function. Even if they don’t require it directly, you’d be a sorry athlete if you couldn’t at least sprint 400m to save your skin. Having the ability to do so only improves your sport performance, no matter what.

You can call other activities – like football, baseball, and basketball – sports because they are also quests of self-betterment and pit competitive individuals against each other. That is the legitimate rationale behind “sport.” It applies just as well, even more fundamentally so, to track and field. What is running fast or far, if not a metaphor for the internal struggle against the body’s inherent laziness?

But don’t take the stance of the basketball jock. Don’t say that soccer, for example, is a sport because it “makes sense.” By which he means it has a defined time frame for the attention-deprived mainstream and commercial investment. This is just that one guy’s superficial criteria for what is a sport. You’re much better off seeing what kind of character traits a sport instills in its athletes, and in this area track and field is one of the best.

Why Track and Field Deserves Respect

There is a steep learning curve to every event in track and field, from obviously alien pole-vaulting to hurdling to even sprinting a good 200m. People can run, but it takes years of practice to run with efficient technique and optimal power production. A verity the kid in my gym class was no doubt unaware of. Such difficult skill acquisition should make track and field a little more recognizable to he of the hard-earned slam-dunk.

Also, to be more blunt: track and field is hard. Damn hard. In terms of physiology, track and field blows up the metabolic furnace. Sprinting and striding, leaping and jumping, throwing, and striving for raw athletic improvement seem simple to a lot of people – until they’ve tried it, day in and day out.

Track and field also requires strategy, fierce competitive drive, and familiarity with the rules and regulations that govern athletic contests. It’s not for the slow, physically or mentally. There are entire research papers published that cover the complex logistics of training. 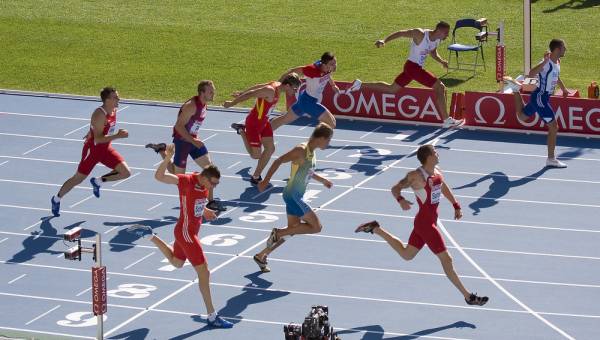 Basis of Sport: Philosophy and History

When I joined track, I quickly became engrossed in the philosophy and history of the sport. It has no ball flying around a court, diverting your attention from what you are doing with your body. There are no techniques whose practice ingrains only one non-transferable pattern of movement.

Sport distills the aliveness and delight that Homo sapiens evolved millennia ago in response to strenuous exertion, to cope with the burden of living. It is humanity’s way of laying down a spear after an unsuccessful hunt, saying, “Screw it,” and channeling all the most ferocious emotions within us into something more productive and fun.

The most fundamental method of this is through dashing and leaping and flight: making the human body fly or making rocks and spears and Paleolithic Frisbees (otherwise known as discuses) fly. I guess some contrived game with a ball works too, but there’s a lack of magic and primal-ness about that.

All of this is why it disappoints me that the perspective of track and field pervading the minds of the young is that of the basketball jock. I see the alternate profundity, the quality that makes track and field a sport despite a lack of a ball or clear time boundaries.

There is but one recourse to counter the shortsightedness of these young folks against track and field, and I hope you know what I’m thinking by now. We’ll plan world domination through a resurgence of athletes in track and field, the most basic and true form of sport there is, and rock at it until even Mr. Sporty Pants sees how badass we are.