There’s almost nothing worse than a plateau. We all are training as hard as we can and it sucks to hit the preverbal wall. Well, guess what? It’s going to happen to all of us at some point. I’ve been a strength coach at the college level for over sixteen years and have coached thousands of athletes (likely now in the tens of thousands) and I can tell you with confidence that each of those kids encountered a training sticking point at some stage of their eligibility.

If your eating is dialed, you are busting your ass in the gym, and getting your rest, but for some reason have stagnated, I might have a solution for you.

The Deadlift as Training Triage

Our deadlift program here at Cal Poly has taken on many roles to serve my athletes. Ideally it pushes my more elite kids into a new stratosphere of strength and work capacity. But we’ve also found it can be used as an intervention for athletes coming back from injury and even shoulder surgery. These athletes are able to shoulder pack, their upper backs are strong enough to stabilize both the spine and the rehabbing shoulder, which allows us to work at an incredibly high level on their reentry back to full activity.

Most notably, I had a starting offensive linemen on our team who spent the entire offseason in a cast due to a broken forth metatarsal. When they removed the cast, the fracture had not healed and he had to have surgery to fix the issue. After six months of being completely immobilized, he was handed to me at the end of June to “get him in condition” for the season. We had to stay completely closed chain for his conditioning. Think about that. I have to get guy in shape cardiovascularly, but he can’t have any impact on his foot. Long story short, he was indoctrinated into our deadlift program and came out the other end starting every game that year and ended up being an anchor on the offensive line.

We Must Go Back Before We Can Move Forward

In 2007, I met Gerard Rush. I was working an RKC kettlebell instructor course in San Jose, California and the morning of our first day I was introduced to my team for the weekend. In the crowd was this massive Australian guy who looked like Tormund Giantsbane from Game of Thrones. Needless to say, it was love at first sight. We became fast friends and since he was a local guy, we ended up doing a significant amount of training together for years to come.

“This guy was grizzly-bear strong and had an otherworldly work capacity.”

That said, I quickly found out I was way out of my league when attempting to train with Gerard. This guy was grizzly-bear strong and had an otherworldly work capacity. It took next to no time to realize I wasn’t going to be able to hang with him because of the insane volumes he worked at. Every time we would lift together, he would inevitably want to make the decisions for the day and no matter what we worked, all of our sets would be in the twenty- to thirty-rep range. Yes, twenty to thirty.

Now, I know what you are thinking: we were probably doing sissy weights and a bunch of single-joint exercises, right? No. Back squats, front squats, deads, all different pressing variations, and pulling work of any kind. And Gerard insisted we go heavy on everything. I came to find out this is how he trained his entire life and to this day, he was one of the strongest guys I have ever known.

All of the strength programs I write are put together with the intent of my athletes getting faster. Anyone who knows me understands my speed program is my baby. A few years prior to meeting Gerard, I discovered some of the work Barry Ross was doing with amateur sprinters.

If you don’t know his resume, Barry received some notoriety with what was considered an unorthodox approach to training, with the deadlift being the centerpiece to his program. His thinking was based around the idea of mass-specific force. Simply put, if you can get stronger, and therefore create greater ground reaction forces when your foot is in contact with the ground without increasing bodyweight, then in theory you will run faster. 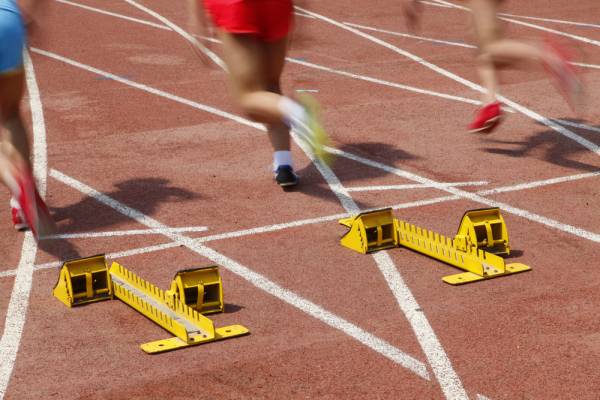 I spent a couple of years tinkering with that idea as I trained my teams, but the difference being I wasn’t chasing strength and trying to avoid weight gains. I needed my guys (particularly my footballers) to gain as much weight as possible.

Barry Ross, I’d like to introduce you to Gerard Rush.

8-Week Combine Prep for the NFL

Back then I was working at San Jose State and I experimented for over two years with every set and rep scheme I could think of. My football kids got very strong and we had tremendous success with our programming. At the end of the 2008 season, I ended up prepping two of our stars, Jarron Gilbert and Jeff Schweiger, for their NFL Combine/Pro Day events. Because both of these guys were mutants, I knew I could push the envelope in their training – and my deadlift program was born.

For eight weeks we prepped for their showcases for the NFL, and both wound up overachieving in every testing category. Here is how we did it.

The Nuts and Bolts

The eight weeks are broken into three phases:

The three training days are of the heavy/light/medium variety, respectively:

All percentages are based off of 1RM

As you can see, the percentages escalate rapidly. The way we are able to keep this level of work going without the athlete bonking is that this is the only weight training they are doing. No other resistance training is allowed during this time.

We’ve had some kids attempt to maintain the notion of doing upper-body work on Tuesdays and Thursdays, but in every case, they’ve stopped by the second or third week because of fatigue. In contrast, by following this program as written, because of the demands it has on every physiological system of the body, the athlete typically ends up with a new personal record in nearly every lift (including upper-body lifts) thanks to the massive load the body endures throughout the eight weeks.

The single most important thing you must consider before attempting this program is your technique. This program is intended for intermediate to advanced lifters (newbies, don’t even think about it). And if you don’t have a coach – get one. 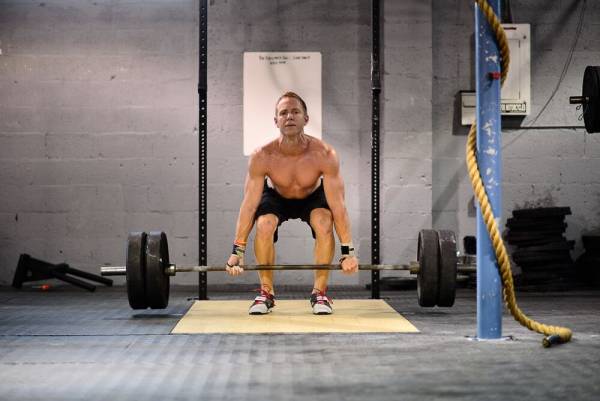 Your technique needs to be borderline perfect before entertaining the idea of trying this program. Have someone who knows what he or she is doing evaluate you prior to starting. Make sure you are given a passing grade, technically, before starting. This coach should also keep an eye on you for the first week or two of the program to make sure you are able to hold spinal position under fatigue. If you are getting any flexion whatsoever during any of the sets, abort the mission.

In execution, these workouts are sprints, not a marathon. What I mean by this is, the reps are performed unbroken, touch-and-go style. Kiss the floor with the bar and then go into the next rep. You must perform all prescribed reps consecutively. If you can’t, adjust the percentages down by 2-3% so you can string all the reps together (this is typically only a concern on the heavy Mondays). If you do have to adjust down, remember to adjust down for all the weeks that follow to create congruency. What I’ve found is those who can’t go unbroken (especially in the first couple weeks) lack work capacity or they realize around rep thirteen (when the clouds roll in) they have bitten off more than they can chew.

“Stretching, mobility work, and some self-myofascial work are okay in addition to this program, but no upper body, no cardio, and no sneaking in extra abs[.]”

Take as much rest as you need between sets. In the later weeks, I’ve seen guys take up to fifteen minutes rest between sets because the demand is so high. Only begin your next set when you feel recovered (and when you get your nerve back, ‘cause believe me, this is going to test your moxie).

In weeks four and five, the ten kettlebell swings are to be performed Russian style immediately after a set is complete. Men, use a 24kg. Ladies, 16kg. Swing as hard and fast as possible.

Sleeping won’t be problem during this program. Make sure to budget enough every night because your body is going to need the extra recovery.

Lastly, commit to only doing this for the eight weeks. Stretching, mobility work, and some self-myofascial work are okay in addition to this program, but no upper body, no cardio, and no sneaking in extra abs or any of the nonsense my athletes try and slip by me. Take my word for it – I’ve had about fifty athletes complete this program, and all fifty will tell you this is all you need.

Be Ready for a Challenge

This program is a very aggressive one, but if you are finding yourself in a rut and need something to jumpstart your progress, this is a surefire way to get the ball rolling. If you give it a shot and/or have questions about any aspect, please post them to the comments below.