Have you deadlifted using a sumo stance before? I don’t mean just played with it once a bit during your warm up. I mean, used it, tweaked it, and tested it for a number of months, at least.

Powerlifting and the Sumo Deadlift

There are a couple of points to bear in mind when a powerlifter is choosing his or her preferred style of lift. First and foremost, a competition-focused powerlifter will mainly be concerned about how much weight he or she can shift for a single rep – such is the requirement of a powerlifting competition. So when choosing a variation as a powerlifter, it makes sense to choose the one that enables you to lift more weight.

One advantage of the sumo deadlift for a powerlifter is that the bar has less distance to travel. You only have to look at the set up for a powerlifting squat or bench press to see that having shorter distance for the bar to travel is a significant priority. Another factor is style of lifting. The sumo deadlift requires a more precise set up. Therefore, if you are a grip-it-and-rip-it type of lifter who approaches the bar like the Wild Man of Borneo, the sumo deadlift may not be best for you.

Powerlifting records have been broken by both conventional deadlifters and sumo deadlifters, so top-level strength is not a concern. The main concern is which style helps to play on the strengths of the individual to draw out the biggest lifts.

CrossFit and the Sumo Deadlift

For those who CrossFit, the argument is not so simple. There are a variety of factors to consider. As well as being concerned with max strength, CrossFitters are, in general, concerned with all-around strength and fitness. So the deadlift of choice should be concerned with the improvement of these markers.

Arguably, the conventional deadlift is, in many cases, going to have the most carryover for building overall strength. However, this is a perfect example of where we need to take into account your specific situation. If you have weaknesses that are better remedied by the sumo deadlift, e.g. hip strength, then it is well worth bringing those weaknesses up to speed. Having no gaping holes in your armor is a fundamental part of the CrossFit philosophy, and there is no doubt that hip strength is fundamental to good human movement and will carry over well into other CrossFit fundamentals.

Other tenets on which CrossFit hangs include being varied and functional. So should the sumo deadlift be included on these terms? It is a legitimate and valid variant of the deadlift as we have seen. And it is certainly a functional movement in the real world sense. 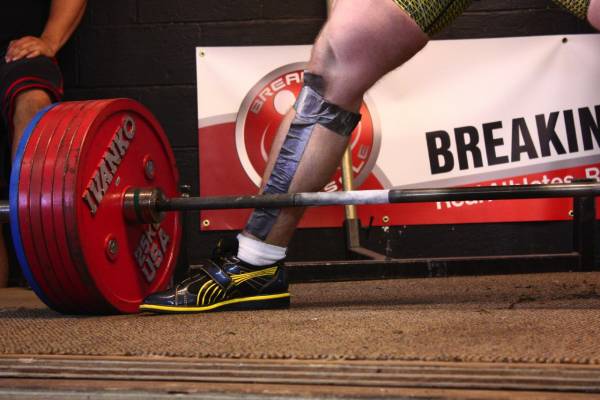 To weigh up against this, CrossFitters should take into account the fact that it is harder to touch-and-go effectively with the sumo deadlift due to the more precise set up required. This makes it less of a good choice for rep-based workouts, and it is not often allowed in competition. This last point is relevant to both CrossFitters and strongmen.

Strongman and the Sumo Deadlift

A competitive strongman has three deadlift-based objectives: to lift a max weight, to lift a submaximal weight for reps, and to perform deadlift variations such as stone loading. We have already seen that the sumo deadlift may be the way for some lifters to lift to their heaviest potential, but given that the sumo deadlift is disallowed from most competitions, is there much point in a strongman training it?

I can see two main reasons a strongman may still want to train the sumo deadlift. First, strongmen need to deadlift on a regular basis. The sumo allows you to continue to deadlift, while giving the poor ol’ lower back a bit of a rest. Second, the sumo deadlift is useful to shift the emphasis onto the hips and hamstrings, for a different type of carryover.

I believe the conventional deadlift has the most general carryover to strongman, but considering strongman athletes have to be ready to deadlift all manner of objects, with objectives ranging from max weight to max reps with max holds too, there is no room for weaknesses in the deadlift. The sumo deadlift can help plug those gaps. The sumo stance can also be used to help simulate the “deadlift” position required when picking up stones, for example, especially if stones aren’t available to train with.

Olympic Lifting and the Sumo Deadlift

For Olympic lifters, the case is pretty clear as far as I’m concerned. If you are going to deadlift, then pull sumo. The sumo pull is far enough removed from the first pull of the Olympic lifts so as to not confuse the body into working out which one you are trying to do.

Everyone Else and the Sumo Deadlift

For those who don’t fall into any of the above categories, here is a summary of factors to take into consideration when working out whether, or how, to incorporate the sumo deadlift:

With all this said and done, there is one overarching point. The deadlift variation you chose should be one that works with your body type and injury history. For example, those with a back injury may benefit from the reduced shear forces of the sumo deadlift. The main goal, as always, is to stay injury free; otherwise all these discussions are meaningless. Choose the variation that is better for you in practice, not just on paper.

Personally, I believe the sumo deadlift is a good movement to know how to get the most out of, and to have in your toolbox if and when required. Give it a go. A good go. Let me know in the comments if you would like to see a follow up article on how to perform the sumo deadlift well. And please ask if you have any questions in the meantime!