Any comparisons of The Box’s cover photo and real photos of Camille seem to reveal a body much different.

There exists an epic, ongoing tug-of-war for the attention, self-esteem, minds, and hearts of young women. On one side, you have Madison Avenue, advertisers, giant retail, fashion, and media. On the other, parents, counselors, advocates, and the women themselves. Often, the women are caught in the middle.

Advertisers care nothing about the mental health and well-being of women and girls. Their job is to sell products. They make you believe that you must look like, wear, or buy whatever it is they are manipulating you into accepting. As a result, there is a scummy film of advertising muck coating the perceptions many young women have of themselves.

Buy this. Apply this. Wear this. And for the love of all humanity, look like this.

Young women and girls succumbing to eating disorders or other mental health concerns because of the impossible standard to which they are being held has been extensively discussed. A study by the American Academy of Pediatrics in 1999 found that 69% of girls said that magazine models influence their idea of the perfect body shape.1

Some researchers even believe that advertisers purposely normalize unrealistically thin bodies in order to create an unattainable desire that can drive product consumption.2 No one, it is said, looks like that, even the models in question themselves. What once was “airbrushing” has given way to Photoshopping. Take a picture, then manipulate it to perfection, then thrust it on the buying public who is lead to believe that if they buy the magazine, clothes, or make-up, that they might look like that, too.

RELATED: Since I Was Nine, I’ve Hated My Thighs

You only need to Google “advertising and body image” to see the glut of articles, research, websites, and links devoted to the subject. We as a society have crafted an unrealistic ideal of beauty. Young women see it, try to emulate it, and as a result are sometimes heavily damaged by it.

Then along came CrossFit. 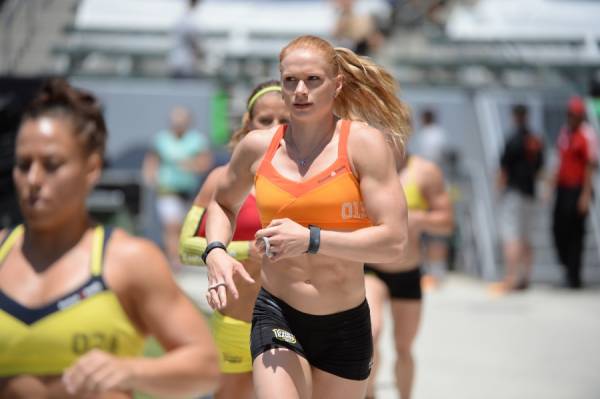 The advertising and media mold seemed to shatter once women discovered CrossFit and began to embrace the idea that skinny was not necessarily the goal. The phrase “strong is the new skinny” became the maxim that swept the community as thousands of women found a new ideal – not cover-model skinny, but CrossFit-chick strong.

As athletes like Annie Thorisdottir, Heather Bergeron, and Miranda Oldroyd emerged into the public conscience, women saw something different than what they had come to idealize. Muscles. Glutes. Definition. Power. Confidence. Strength. There was something new, something healthy, to emulate.

RELATED: 144lbs: Female Athletes Should Toss the Scale, Get a New Perspective

These images eclipsed the waifish and gaunt runway models, with their faces drawn into a permanent scowl. What young women could now appreciate was the image of a smiling Iceland Annie, waiving to the crowd after a 2012 second championship, strong, confident, and packed.

Camille Leblanc-Bazinet took it a step further. Camille is strong. Take a look at her hang-snatching 160lbs for five reps. That’s a 1RM for a lot of elite CrossFit competitors, but Camille does it five times from a hang. Power snatches, mind you. Her social media accounts are peppered with her doing mostly strength-related moves.

What set Camille apart, though, was that she looked real. By that I mean – and I need to walk gingerly here – she looked normal. Not overly ripped, not overly muscular. She has the build of someone who is interested in performance over aesthetics, in strength over cut. By choosing not to lean out to a scant 10% body fat, she allowed herself to remain strong. You don’t see every last vein in her arms, abs, and traps. You see a normal, strong, confident woman.

In a Fitness Magazine article, Camille said this:

I had a dark moment where I fell into being anorexic, and in my head, beauty was being as skinny as you could be. Now I see women who are successful because they work hard and they dedicate themselves to things that they believe in. In my eyes, those types of people are the most beautiful ones by far.

And then this happened: 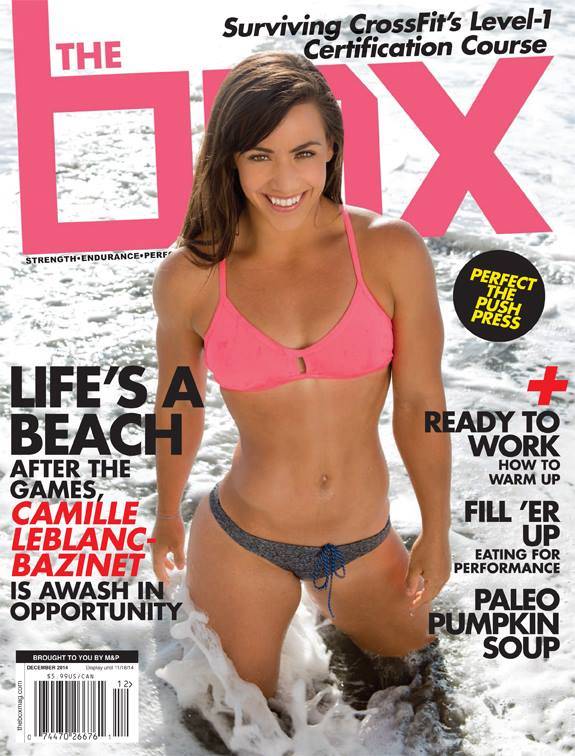 The Box published a cover photo of Camille in what appeared to be a highly Photoshopped state. Her body appears as flawless, Photoshop perfection. Side-by-side views of The Box’s photo and real photos of Camille seem to reveal a body much different than the one on the cover.

The reaction was instantaneous. The community expressed nearly unanimous outrage at the idea Camille’s body would be so heavily Photoshopped. You can read the comments that flow from the above photo on The Box’s Facebook page to understand the full weight of the response from the CrossFit community.

The Box offered this pseudo-apology on their Facebook page:

Did we do some color correction and use Photoshop on the image? Yes. Did we airbrush or retouch Camille’s abs, legs, muscles? No. Did her body need any work? No. Do we regret having done anything at all? Yes.

The firestorm that continues to rage on The Box’s Facebook page seems to suggest that no one believes the denial.

Here’s where the problem lies: both The Box and Camille herself have shared the photo on their social media pages. Meaning, Camille has tacitly approved whatever photo manipulation has been done to her body.

RELATED: The Dirty Little Secret of the Female Athlete: Cellulite

If we circle back around to the statistic that 69% of girls are influenced by magazine models in terms of what the perfect body shape is, then both The Box and Camille have fallen short in their responsibility to present a positive, uplifting image to those girls. What they need to realize is the legions of young women who look up to Camille, who seek to emulate her strength, who are actually inspired by the realness of her body type, have now been fed what amounts to a lie. 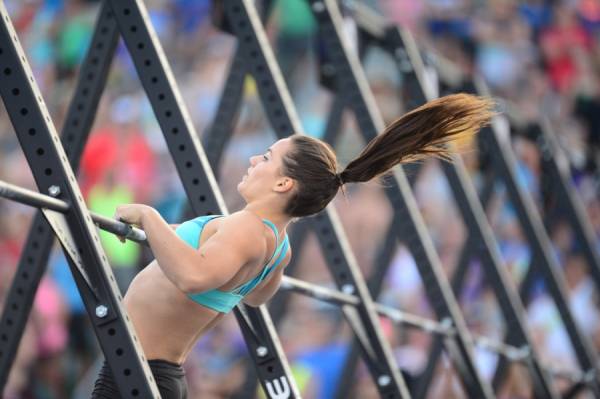 Make no mistake – impressionable young women are impacted by these images. Statistics bear this out. And the fact is, Camille doesn’t look like that. Nor, I would suggest, is a bikini shot the optimal way to present the image of strength, as The Box claims it was attempting to do:

In fact, it was our intent…to prove that beauty and strength coexist in her perfect body.

Strength is not demonstrated in a bikini photo. Put a bar in her hands, and you demonstrate strength. It’s a shame that Camille, who now eschews the idea that she once held, that skinny was beautiful, allowed herself to be presented that way.

The Box, and by extension Camille, missed a perfect opportunity to reach young women everywhere, by taking the easy road – a highly Photoshopped, bikini cover – instead of presenting Camille as she really is – strong, real, and less than perfect.

Photo 3 courtesy of The Box.