Much has been written on the subject of happiness. You’ll find a whole host of best selling books on the subject from The Happiness Project, to Authentic Happiness, to Stumbling on Happiness.

Much has been written on the subject of happiness. You’ll find a whole host of best selling books on the subject from The Happiness Project, to Authentic Happiness, to Stumbling on Happiness. Even the Dalai Lama has weighed in with his book the Art of Happiness.

Perhaps there is a lot of happiness talk these days because we live in a day and age where happiness seems harder to come by. Despite being the wealthiest country in the world, the United States places seventeenth on the 2013 World Happiness Report. And according to a 2013 Harris poll, only one in three Americans rated themselves as “very happy.”

The culprit? Stress. Nothing zaps happiness more quickly than stress. Stress not only makes you sicker, but it dampens your mood as well. We may enjoy a modern quality of life, but we are also saddled with more stressors. While technology alleviates some of these, it also creates others.

It’s not news that one of the best ways to combat stress is regular exercise. We all know exercise has many benefits from toned muscles to increased immunity to combating depression. With so many added benefits, it should come as no surprise the research shows that fitter does indeed equal happier.

Exercise releases endorphins, which reduce our sensation of pain and stress. Simply put, these endorphins make us happier. Of course, then again so do things like spending money, tanning beds, and eating dark chocolate, which also produce endorphins and make us happier.

Money cannot buy you love, but money can buy you happiness – to a point. A fascinating study related to money showed money does truly buy happiness – up to $75,000 a year.

People are happier when they don’t have to stress about where their next meal is coming from or how to make the rent. With money often being at the crux of our stress, it seems logical to think that money does equate to more happiness.

But it turns out this is only the case up to a certain point. As the saying goes: “more money, more problems” – and not necessarily more happiness.

Similarly exercise is a lot like money. It also buys you happiness – to a point. Not only does exercise release endorphins, but it makes us feel (and look) better and even aids the quality of our sleep. All things that make us feel happier. With so many benefits, it’s almost comical that many of us don’t exercise more. Then again, you could say the same thing about money. There are clearly benefits to having money, so why don’t we save more?

The good news is you don’t need tons of either (exercise or money) to be happy. In her intriguing book The First 20 Minutes, author Gretchen Reynolds pointed out that the vast majority of exercise benefits come from the first twenty minutes of activity. These benefits include everything from increased brainpower to lower mortality rate.

Furthermore, Reynolds pointed out that how we get that twenty minutes of daily exercise isn’t as important as getting some form of it. We can even derive benefit from cumulative exercise. That is, doing little bits at a time.

Too Much of a Good Thing?

So, it stands to reason that if twenty minutes of exercise is good for you, then sixty minutes must be better, right? Well, certainly it is better if your goal is increased fitness and cardiovascular capacity. But as it relates to health and happiness, not necessarily so.

In her book, Reynolds pointed out that in tripling the minimal exercise level (going from twenty to sixty minutes), you reduce your mortality rate by only another 4%. And when we triple our rate of exercise, other things start to happen as well: our bodies break down, we lose our sense of priority and balance, and in an ironic twist of fate, stress starts to reappear.

This rings true from my personal experience. I used to half-jokingly say that if you must have two addictions, coffee and exercise are good ones to have. I wasn’t joking, of course. While I haven’t given up the coffee (or the exercise, for that matter), I have come to exercise less and find an increased sense of balance and happiness.

The State of Our Financial and Physical Fitness 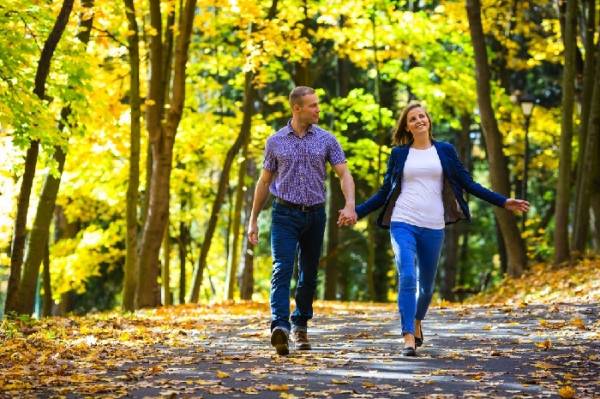 In her book, Gretchen Reynolds states that the typical American walks on average merely 5,000 steps a day. Compare that with the happy-go-lucky Australians who take 9,700 steps day or the Swiss who average 9,650 steps.

Telling the sedentary they need to exercise more is like the telling the poor they need more money to be happy. This is the popular message in our media and it serves little except to exacerbate the disparity.

While both exercise and money do increase happiness, they are both simply means-to-an-end driven quotients for doing so and they work only to a point. Real and lasting happiness is about intrinsic qualities such as purpose, meaning, and satisfying relationships.

Our way of thinking and the lack of focus on intrinsic qualities is the root of our nation’s disparity of wealth and our unfit and unhappy populace. Obviously, we need to value health and financial stability. But what we need more than anything are balanced and focused lives based in and around our intrinsic goals.

Happiness is a decision, and it is not won with the almighty dollar or toned physiques. Happiness is won within.

3. Daniel Kahneman and Angus Deaton, “High income improves evaluation of life but not emotional well-being,” Proceedings of the National Academy of Sciences, August 4, 2010.