Everyone craves a little something sweet now and then. Here’s what you need to know about four common sweeteners.

Everyone craves a little something sweet now and then. Maybe more now than then. But we all understand that limiting our sugar intake is beneficial to our health.

It has only been in recent decades that we have had access to large amounts of affordable, refined sugar. During the 1980s in the United States, we found a way to make sugar even more affordable by deriving it from corn, as in high-fructose corn syrup.

We’ve all seen the commercials for this product letting us know that sugar is sugar. But what is the difference really? There has to be something in the chemical structure if nothing else. Also, if the structure is chemically different, then our bodies must almost certainly metabolize it differently.

Note: I’m going to discuss four common sweeteners, but I want to make clear that just because I may advocate one over another does not mean I suggest eating any of these by the shovel-full.

The base of nearly all sugars is glucose, also known as blood sugar. Rarely is glucose found alone in consumable form. It is most often combined with another monosaccharide, fructose. The combination of glucose and fructose chemically bound together creates sucrose – what we know as table sugar derived from sugar cane and/or beets.

When we consume this sugar, there is an almost immediate insulin spike. Many of us know this insulin spike is unhealthy, and when it happens often, leads to insulin resistance, metabolic disorders, and diabetes. It is also a favorite food for the bacteria found in our mouths. Sucrose consumption is directly related to dental issues like halitosis (bad breath) and mineral absorption from our teeth that leads to decay and cavities. 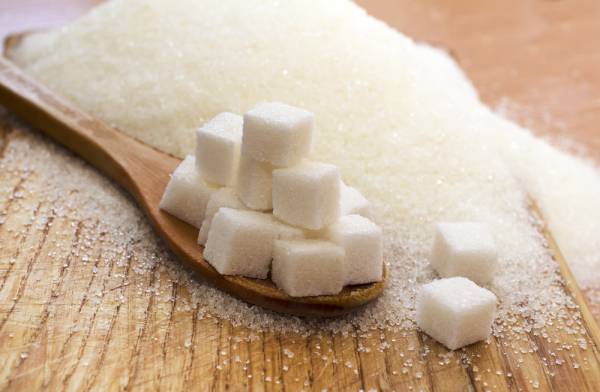 There are two chemical differences between table sugar (sucrose) and high-fructose corn syrup (HFCS). The first is the fructose content. Sucrose is 50:50 glucose and fructose. HFCS comes in multiple varieties, but all of them (except for HFCS 42) contain a higher concentration of fructose than glucose.

The other difference is that fructose and glucose are not chemically bound in HFCS, while they are bound in sucrose. In HFCS, they exist as separate monosaccharides, as opposed to one disaccharide in sucrose.

“The takeaway here is that excess fructose may not cause a direct insulin spike like glucose, but it does cause an indirect issue by stimulating fat synthesis and blood triglycerides.”

The problem with HFCS consumption occurs in a step-by-step way. Glucose is our preferential energy source. Glucose is absorbed in the small intestine by a receptor called GLUT2. GLUT2 also absorbs fructose, but prefers glucose.

Note: The excess fructose contained in fruit will bind to the fruit fiber cellulose and continue through the digestive system, so the following explanation is not an excuse to skip fruit.

Fructose (without cellulose) will be transferred to the liver to induce lipogenesis. Lipogenesis is the process of activating and storing triglycerides as fat for future energy expenditure. The use of fructose as fuel for lipogenesis has been shown in many studies, but the exact mechanism is unclear.

The takeaway here is that excess fructose may not cause a direct insulin spike like glucose, but it does cause an indirect issue by stimulating fat synthesis and blood triglycerides. Therefore, HFCS causes a double punch of an insulin spike from the glucose portion and induces lipogenesis in the liver from excess fructose. 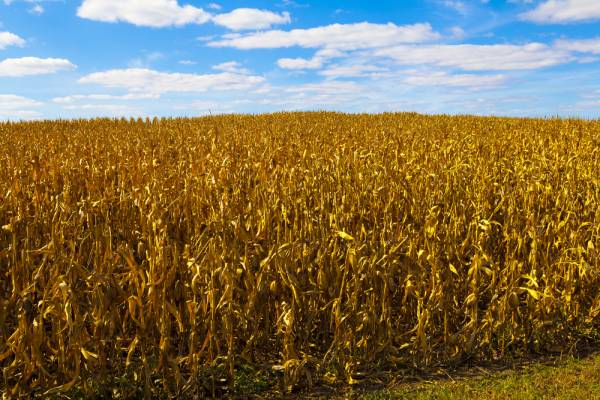 The notion of consuming fructose alone without the presence of glucose has been gaining popularity, as well. Without glucose, the GLUT2 receptor is free to metabolize fructose eliminating the extra fructose that stimulates lipogenesis.

Another benefit of this method is that fructose is sweeter than table sugar, so not as much is needed to sweeten food. However, we’re still talking about small amounts of fructose that can be consumed before the body uses fructose to fatten us up.

There is still another relatively new alternative to table sugar and HFCS, and that is sucralose or Splenda. Sucralose is produced by selective chlorination of sucrose molecules. This sounds a little scary, but the purpose is to trick the body into thinking sucralose is not a carb at all so it discards it entirely.

“My overall recommendation based on health effects and taste would be sucralose. Sucralose does not cause an insulin or triglyceride spike, it contains hardly any calories, and it can be used the same way as traditional table sugar.”

This is why sucralose is considered zero-calorie. The body doesn’t absorb it due to the chlorination. There are fillers to make this product granulated, and they do contain some caloric value, but no more than five calories per serving.

The above four sweeteners are the most popular in the United States. Below is a chart summarizing what I have discussed so far.

Other popular sweeteners include honey, agave nectar, and stevia.

The only one of these sweeteners to cause an insulin spike is honey, but this spike is minimal compared with table sugar. These sweeteners and sucralose are better choices for diabetics since they do not affect blood sugar in a drastic way.

My overall recommendation based on health effects and taste would be sucralose. Sucralose does not cause an insulin or triglyceride spike, it contains hardly any calories, and it can be used the same way as traditional table sugar. Personally, I prefer sucralose over table sugar because it tastes better and dissolves much more quickly in liquid.

All that being said, I do not recommend consuming a large amount of any of these products. They are still empty calories (except for honey) and should be considered a seasoning element – not a food group.