Aspartame has been widely vilified recently, but do you know why? Let’s break it down and examine each of its components.

Some of you may recognize aspartame by its product names of Nutrasweet and the original formulation of Equal. Aspartame has been widely vilified recently, but do you know why? Let’s break it down and examine each of the three substances that comprise aspartame: aspartic acid, phenylalanine, and methanol.

Aspartic acid is an amino acid that is found in neuroendocrine tissues in human beings. It plays a role in the physiological process of releasing luteinizing hormone and testosterone.1 Researchers have also been looking at how aspartic acid accumulates in the brain with age.

One study, published in Science, looked at ten normal brains aged thirty to eighty years and compared the amounts of aspartic acid. Researchers drew the conclusion that accumulated aspartic acid in the brain may lead to dysfunctions of the aging brain or other diseases of myelin (the protective layer around your nerves).2 Keep in mind this study used a small sample size and drew a conclusion from nothing more than a guess. But also keep in mind this research was done in 1983. That means we have known about potential dangers of excess aspartic acid for thirty years.

What does more recent research tell us? We know that Canavan’s disease is a neurological disorder that displays an excess of aspartic acid that leads to degeneration of the brain.3 Other studies have shown that an increase in aspartic acid leads to swelling of the brain seen in epileptic patients.4 And aspartic acid may also play an important role in the regulation of the female ovarian cycle.5

Phenylalanine is an amino acid that is the precursor to our endorphins. Our endorphins are a group of neurotransmitters responsible for our abilities to deal with physical and emotional pain. Alterations in our endorphin response can actually increase our food cravings.

So it turns out the phenylalanine component of aspartame will actually increase our endorphin response. This can lead to the cells becoming resistant to our endorphins, which then makes it difficult to release our stored fat and increases our food cravings. This sets the stage for us to gain more weight and puts us at an increased risk of all the diseases associated with weight gain. 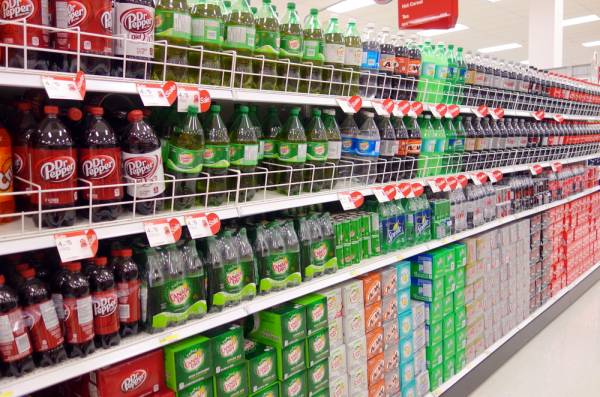 The third component of aspartame is methanol. Methanol is also known as wood alcohol because it is a byproduct of the wood distillation process. The methanol in aspartame is actually what is responsible for the sweetness of the sweetener.

We are exposed to methanol on a day-to-day basis in our environment from cleaning materials, pesticides, and industrial processes. According to the CDC, signs and symptoms of methanol toxicity are headaches, dizziness, coma, seizures, vomiting, blurred vision, and kidney damage – just to name a few.

Does all this mean that if you use NutraSweet in your morning coffee you will experience these symptoms? The answer is probably not. In fact, having adequate folate levels may protect you from methanol toxicity.7 Another reason why eating nutrient-dense foods is important to our overall health.

However, if we work or live in an environment in which we are exposed to higher-than-normal levels of methanol and then consume high amounts of aspartame, we may potentially run the risk of these severe side effects. Remember the poison is in the dose. Higher levels of methanol exposure will increase your daily requirements for folate, as your folate will quickly become depleted through your body’s attempts to remove the methanol from your system.

The Increased Dangers of the Ingredients When Combined

We have looked at all of the individual pieces of aspartame, but what happens when they are combined together? The research on this topic is contradictory, which the case is often when big money companies are involved.

Since the 1970s there has been a substantial increase in brain tumors in the United States and other industrialized countries. This coincided with an increase in aspartame ingestion, which makes it a likely candidate to look at. This is based solely upon observational data and only shows correlation and not causation. However, animal studies have shown an increase in cancer rates in the animals fed aspartame as opposed to controls.8

In truth, most of these studies expose animals to unrealistic dosages of aspartame. One 2007 study looked at more realistic dosages of aspartame intake. This study was done on rats, as it would be unethical to expose humans to this study. The researchers fed the rats aspartame over an eight-week period and concluded that there was a dose-dependent increase in malignant tumors in the aspartame groups. This study also showed that when aspartame was introduced during fetal life there was an even higher incidence of cancer.9 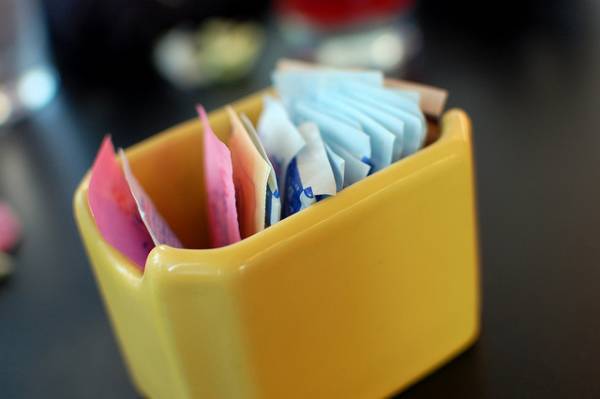 Should You Give Up Aspartame?

In conclusion, all three components that make up aspartame can individually lead to health risks as well as food cravings. Keep in mind that studies done on aspartame and its ingredients do tend to use unrealistic dosages (as well as rats, as opposed to humans) to determine these health risks – but there is no risk involved in not consuming aspartame.

All of the studies seem to show a dose dependent response to intake. The more aspartame we consume, the higher risk of health problems. So stick to mainly eating real foods that we have evolved alongside over millions of years, and then the occasional dose of aspartame will not kill you.

1. Topo, E. et.al., “The role and molecular mechanism of D-aspartic acid in the release and synthesis of LH and testosterone in humans and rats.” Reproductive Biology and Endocrinology (2009). Retrieved on July 3, 2014.

4. Isokawa, M. “N-methyl-D-aspartic acid-induced and Ca-dependent neuronal swelling and its retardation by brain-derived neurotrophic factor in the epileptic hippocampus.” Neuroscience (2005). Retrieved on July 3, 2014.

8. Olney, JW, et.al., “Increasing brain tumor rates: is there a link to aspartame?” Journal of neuropathology and Experimental Neurology (1996). Retrieved on July 3, 2014.