Craving Success? Then Respect the Process

If you can’t fill out a training diary for five minutes, then will you have the discipline to eat well for the rest of the year?

Two years ago at this point, I was struggling to come to terms with running as I prepared for Ironman. Far from being an experienced triathlete like most first-time Ironman participants, this was to be my second triathlon.

Like most fictional heroes, my hubris was my Achilles heel. Ironic considering that it was in both my Achilles tendons that I had massive problems. I suffered from calf tears, tendon pain, and even being knocked off my bike by an elderly driver. But the problems were all caused by one thing – my lack of respect for the event itself.

While I struggled with many injuries along the way, I never once questioned I would finish. After all, I knew I could swim the distance and I had ridden 1,000km in a week before. By my calculations, I could cruise the whole thing and walk the marathon and still make the cut-off time.

Unlike a fighter who doesn’t do his homework in watching tapes of his opponent, I spent many hours studying Ironman, reading forums and blogs, and became an even bigger fan of the sport. But at least if I were a fighter I’d have had previous fights. No one fights the champ for his or her first fight. Instead, I chose to go from zero to Ironman. And, exactly as you’d expect, I didn’t turn in a world-class performance.

This is the problem with our modern world. We think we can have everything because we usually can. If we can’t afford it, we just put it on credit. But there’s no “buy now pay later” scheme for the body and trying to spend fitness you don’t have will always result in only one thing – injury.

Even as a trainer, the danger is always there if you don’t heed the warnings. My mother is heading towards the world championships for the deadlift. With two months to go, she is lifting well and looking good. This week’s Monday plan was for her to perform five sets of four at a particular weight. The previous week she had done five sets of three, and next week the plan is five sets of five. Simple, linear programming that works.

But watching her lift last week I knew she could get the five sets of five if I pushed her. But she walked in the door complaining about how tired she was from playing golf over the weekend. The first warning sign was that she told me she was tired. Failing to listen to that would have been me not giving respect to her body or even her own opinion of where she was at physically. Second, failing to follow the plan would have seen me disrespect my own programming. 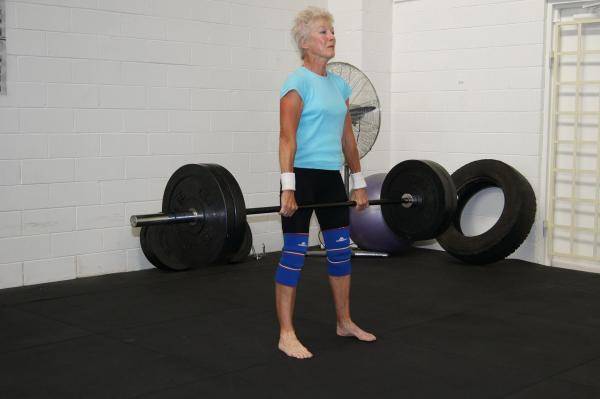 My mum training the deadlift for the world championships.

The thing about showing disrespect to the process is that the injuries don’t usually turn up at that exact time. They’re more like a terrorist sleeper cell, waiting to set off a bomb when you least expect it, often another two or three weeks down the road. The only way you can figure out these cold cases is by meticulously checking your training diary over the preceding weeks for anything unusual.

Charlie Francis is perhaps best known for his training of sprint sensation Ben Johnson and the circus that came from it. However, he had so much respect for the training process that if one of his athletes set a personal record for the day, then the session was immediately terminated. Even if the record was in the first set of the first exercise of the day. At that point, having done more work than the body had ever done before, what was most needed was extra recovery, not extra work.

Imagine your reaction if your coach sent you home after a single set in the gym with the Olympics coming up shortly? Would you have enough respect for his or her knowledge and experience to go home and put your feet up? Athletes show a lot of disrespect to the process often. Getting in extra sessions they know their coach doesn’t want them to do or adding in work they know they’re not ready for when away from the watchful eyes of the person they paid to look after them.

Not only are these athletes showing disrespect to the training process, but they’re also disrespecting their coach directly. How do you imagine the coach feels about that, especially when the next thing he or she will frequently hear from you is how you’re now injured because of this dumb thing you did? As a coach, I can tell you I often leave work frustrated that I seem to have more respect for my clients’ bodies than they do.

I constantly have to remind people to show respect for an event, to treat it with the right amount of fear, that the worst time to think to yourself, “I should have done more long runs” is midway through an Ironman run leg. Even worse, for my fight clients, the worst time to realize you’re not as fit as you could be is as your opponent starts to tee off on you. Having the humility to respect the process – all aspects of it, from the coaching to the training to the event itself – is vital if any degree of success is desired.

The single best tool to facilitate this is the training diary. They’re so important we even make our own at my gym. Every daily-entry page has workout and diet spaces so everything you do can be tracked. Yet I still have clients who tell me they’re trying to lose weight and they aren’t recording their food. Or I ask my clients how much they used for a certain exercise last week and I can see they’ve recorded that they did ten sets of three, but made no mention of the weight used or even if they got their reps some sets but not others. There’s that lack of respect for the process again. Just like keeping a strict work diary that acts to define if your work life is on track and goals are being met, the training diary is the start of the process. 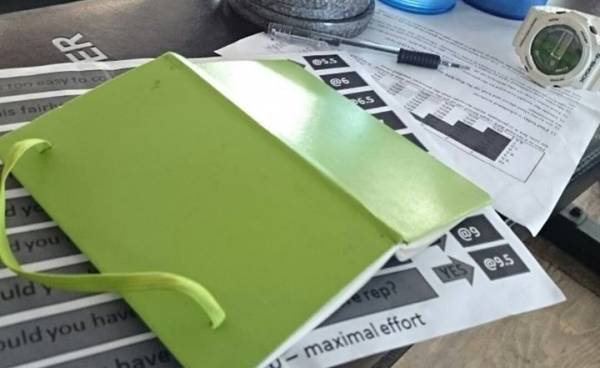 I know many will say they don’t need to fill one out. Funnily enough those same people are still struggling to lose weight or tone up a year later. If you don’t have the discipline to fill out a training diary for five minutes, then what makes you think you have the discipline to eat well every day for the rest of the year? It all starts with respect for the process.