The Fitness Industry Has Failed: How Variety Will Get You Fit

Do you know why the fitness industry is flawed? It’s because we’ve forgotten about fitness.

The fitness world is always a strange place. From the Shake Weight to CrossFit to petty infighting between brands or offshoots of brands, there’s always something that makes you shake your head. But of all of the WTF moments that the fitness industry provides, perhaps none is more bizarre than personal training itself.

The Fitness Industry Has Failed

Most successful personal trainers these days are successful not because of their training knowledge, but because of their sales ability and social media savvy. Customer retention skills are out. Sales skills are in. And yet, despite all the people who pay for training, the world gets fatter and fatter. Getting people in shape doesn’t seem to pay as well as promising people you’ll get them in shape.

The fitness industry has failed. There, I’ve told you our dirty little secret. I’ve leaked that the entire premise that gyms base their livelihood on is flawed. And do you know why it’s flawed? It’s because we’ve forgotten about fitness.

The dawn of the modern gym craze grew as the Terminator burst his way onto the screen in Pumping Iron and in Hollywood movies like Conan the Barbarian (the first one in the series was actually good). Back then, chrome and ferns ruled. Overnight, commercial gyms changed from dark, sweaty basements and brought in new customers in leotards prancing to aerobics classes, run side-by-side the behemoths hoisting heavy iron in the room next door. Muscles and sweat were sexy and people rushed to be part of it.

Gyms and the fitness industry became synonymous with bodybuilding. That in itself is quite ironic as the running joke in bodybuilding circles is that the sickest man on stage wins – he who is willing to do the most extreme things to his body while injecting drugs, dieting, and dehydrating. And when the main focus of the industry came to be standing still and looking good, we lost the fitness from the fitness industry.

The Emergence of the Strength Coach

In addition, a bunch of “personal trainers” decided that being called a personal trainer wasn’t adequate and suddenly we had people calling themselves “strength coaches.” Hilariously, most of these couldn’t write a program that would make anyone strong enough to fight his or her way out of a wet paper bag. And so we went through more time with people standing still, not actually working on fitness, as if having an elevated heart rate was somehow dangerous.

This has been exaggerated even more now. We have trainers (oops, I mean strength coaches) telling people that running is dangerous. Really? An activity that kids do naturally with no coaching is now dangerous and we shouldn’t do it? This activity that drove evolution and allowed man to become the apex predator on the planet is no good for us?

The Opposite of Sitting Is Not Standing

It’s ironic how the modern fitness world preaches that sitting is bad, and perhaps the equivalent of smoking for my generation. Yet at the same time goes on to say that instead of employing movement to reverse the sitting process, you should stand in place. The opposite of sitting isn’t stretching in the other direction, the opposite of sitting is moving. When you combine the ill effects of sitting with the concept of zero-movement “fitness” training, then you wind up with a body that has limited ways to move. 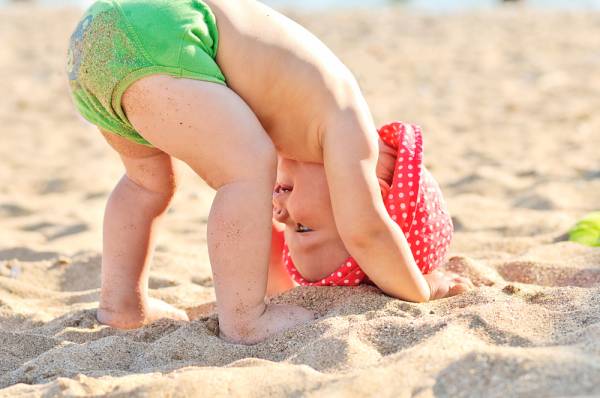 Watch an adult go from standing to the floor. Chances are he or she will have only a few options – squat, lunge, or fall. But watch a child get up and down and you’ll see a plethora of options, all different, that allow the child to keep learning and discovering movement. And it’s that playful use of movement that allows children to run and play endlessly, even when they’re left to their own devices. The missing aspect of fitness is play.

Of course, the reason big gyms won’t allow you to play is that they can’t figure out how to profit from it. There’s not much money to be made from having a big open space. And it’s far easier to impress potential clients with fancy gadgets and treadmills than it is an empty floor. But that’s what gyms need – empty space.

The ideal modern gym has hard and soft floors for lifting and tumbling. It has variations of suspension training, from TRX to pull-up bars to rings and climbing ropes. It has resistance training options, from clubs to kettlebells to bars and dumbbells. All with no machines in sight.

While I’ve written many plans for how to achieve as much fitness as possible while using little equipment and/or a small number of exercises, the truth is that we need the variety and we need to keep performing new motor patterns. Even Louie Simmons, whose sport consists of only three things, has said that variety in training is king, saying that when your body thinks it knows everything then progress is stalled.

Minimal plans are fantastic. For a while, and then suddenly they’re not. The body starts to hurt and keeping focus becomes harder. Many militaristic-minded trainers (who ironically have never actually been in the military, but like to wear tactical pants to show how tough they are) will scream and tell you to toughen up. But the body craves variety and movement.

One of my first mentors, Ian King, noted that in the short term there will always be an overreaction to the past, but in the long term there will be an overall under-reaction. What we’ve seen over the last forty years in gyms has been the backlash against jogging. The opposite of moving is to stand still after all, isn’t it?

Currently, we’re moving back towards the midpoint. CrossFit has done a great job of getting people to work at higher heart rates again, but it’s largely all done in place or fairly close to it. Spartan Race and other events are becoming more and more popular, as people seek outside challenges that require many skills and movements to master. 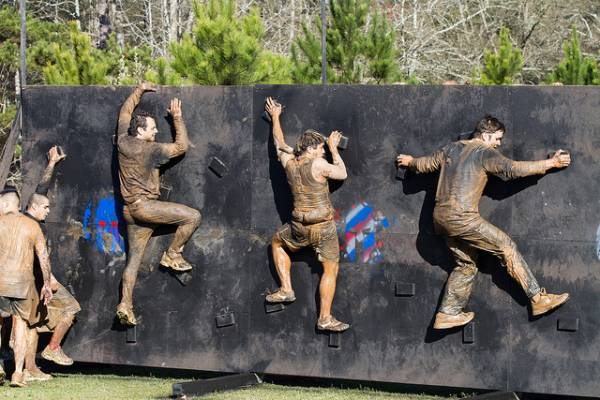 Fitness Is About Generalization

The world is in dire trouble. With two thirds of the population overweight or obese, the biggest issue we have is not in getting stronger. Sorry to all the “strength coaches” out there, but you’re not doing the world any favors. While strength training has a place in a well-rounded training plan, it isn’t the most important thing. Not being obese is. As far as exercise goes, the single most important thing people can do is get outside and get moving for extended periods of time.

But getting people into better shape is doomed to fail if one thing isn’t in place first. As I spoke about in the Breaking Muscle podcast, training is the tip of the iceberg. To have training be successful, you need a lifestyle that supports it. In turn, that lifestyle is supported by having the right mindset. Until someone is truly ready to make large-scale changes to his or her lifestyle by adopting the right mindset, everything in the gym is largely a waste of time.

Once people are ready to make these changes, then we, as trainers, need to show them that the goal isn’t just strength, aesthetics, or even the ability to run fast. Fitness is about generalization. Humans beat all the other creatures because we did pretty well at everything, which allowed us to prosper in all sorts of places in a variety of climates, eating from a wide variety of sources.

And there’s the clue again – variety. Evolution favored us because we dealt well with variety. So is it any wonder we’re all a mess when we turn our back on the clues left to us from our own history?

Variety Will Get You Fit

The trainers will never tell you this, but it doesn’t matter what you do in the gym as long as you attack it while you’re there. Just don’t do the same thing over and over. Do it enough times that your body is forced to adapt to that stimulus (experts suggest about six workouts is optimal) and then change it a bit.

If you’ve been doing bench press, then swap to incline press, or use dumbbells, or even do shoulder presses – it’s all pressing. Those small changes will be enough to keep the body progressing. Then get outside and move around in a variety of ways – run, play Ultimate Frisbee (seriously, an exceptional sport for moving), do martial arts (another exceptional way to get a lot of movement), and don’t forget to swim, either. 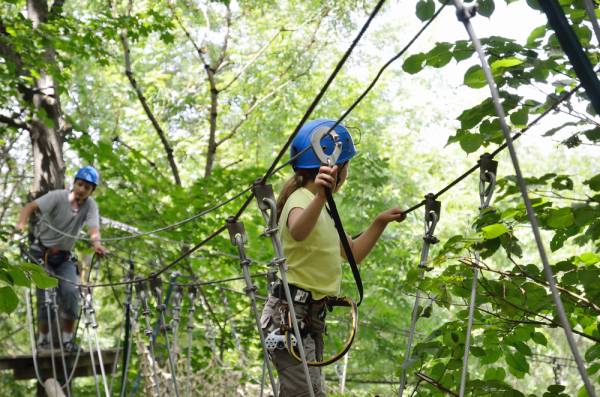