I was diagnosed with rheumatoid arthritis in September of 2014. I began treatment at the end of that same month. By the time I was diagnosed, my life had completely changed. Walking was nearly impossible without help, and my lower body was so much damage there was a fear things would not return back to normal. At the age of 29, I am living with things I never imagined – such as my bright pink cane I used when walking was not exactly possible.

The doctors believe I have been living with rheumatoid arthritis since my early twenties. Throughout this journey, it is fitness that has kept me sane. For anyone with a degenerative disease – be it rheumatoid arthritis, lupus, or osteoarthritis – if you have lost hope, maybe I can show you that life can still move forward, and exercise can help you get to a state of acceptance with your body.

What Is Rheumatoid Arthritis?

Rheumatoid arthritis (RA) is the second most common type of arthritis. It affects about three percent of women and one percent of men in the United States. It is a general connective tissue disorder that affects mainly the joints. It most commonly affects or destroys small joints like the ones in the hands and feet. The cause of the disorder is unknown, but genetic factors can influence someone’s chances of developing RA.

“Continuing to exercise helped me through the toughest moments of dealing with RA.”

RA is classified as an autoimmune disease and is considered a reaction of the body to its own tissues. With RA, synovial fluid and associated connective tissue cells proliferate, forming a pannus (cloth-like layer), which causes the joint capsule to become thickened and destroys the articular cartilage. In advanced stages, opposing joint surfaces can become fused.

The Science Behind RA and Exercise

If you have been diagnosed with any autoimmune disorder or degenerative disease, I recommend you continue to move as part of your therapy. Continuing to exercise helped me through the toughest moments of dealing with RA.

And there is some science behind staying active when it comes to dealing with your RA. A study conducted by the American College of Rheumatology set to determine the effects of participation in a low-impact aerobic exercise program on fatigue, pain, and depression. They also examined whether intervention groups compared with a control group differed on grip strength and walk time, disease activity measures, and aerobic fitness at the end of the intervention. 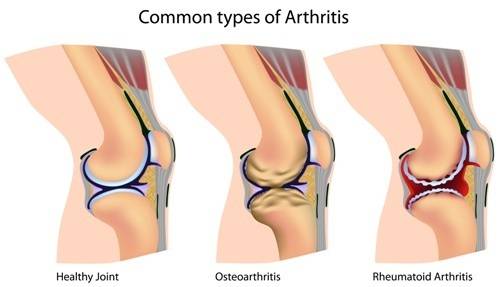 A sample of 220 adults with rheumatoid arthritis, ages forty to seventy, was divided into three groups: class exercise, home exercise using videos, and a control group. Measures were obtained at baseline, after six weeks, and after twelve weeks of exercise.

Results concluded that overall symptoms (pain, fatigue, and depression) decreased significantly after twelve weeks for the class group compared with the control. In regard to walk time and grip strength, the treatment groups improved more than the control. There were no significant increases in measures of disease activity.

We can conclude that the study supported the positive effects of exercise on walk time and grip strength. Furthermore, overall symptoms of fatigue, pain, and depression were positively influenced in this group of patients with RA.

Note: It is best to seek out the help of a physical therapist or exercise science/physiologist who specializes in helping people with degenerative diseases. Without this education, a practitioner can accidentally cause a person with an autoimmune disorder like RA or lupus to experience a nasty flare up, which can keep you down for weeks or even months.

My Personal Experience With RA and Exercise

I knew I had to make the time to workout even though my pain levels were not optimal. When my legs were not working well, I focused on my upper body. I did simple exercises such as pull ups, push ups, and ring rows. Now my upper body is much stronger than my lower!

“The easy thing to do was to stay sedentary, but I knew exercise was something I had to do, despite the physical limitations and the mental frustration it presented me. “

Adjusting my workouts was not easy, mentally or physically. When I was first diagnosed, I continued to exercise. But I quickly began to feel my limitations and that was not easy. I went from strong to weak in what felt like overnight.

At one point I was awake for 24 hours straight because the pain was unbearable and uncontrollable. I felt like giving up. The easy thing to do was to stay sedentary, but I knew exercise was something I had to do, despite the physical limitations and the mental frustration it presented me. It was mentally freeing and frustrating at the same time. But getting back to moving was like a way of accepting of my body.

RELATED: How Yoga Found Me and Carried Me Through Cancer

I realized that giving up was not an option. The more I incorporated fitness into my day, the more the idea of giving up left my mind. Giving up was the easy out. The alternative of getting out of bed and training while hurting was not easy, but I did it. And this mentality of moving forward and doing what I had to do also translated to my approach to treatment. 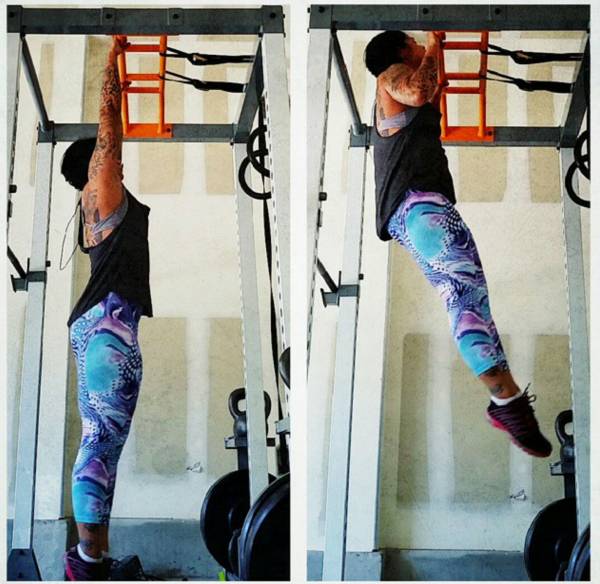 Me training my upper body with pull ups.

My treatment was not easy, either. Part of it involved taking heavy dosages of medication that suppressed my immune system, but I went forward with that medication without a second thought. Initially, I experienced nausea, as well as nosebleeds. Fortunately, this only lasted two weeks, and I credit this to my fitness regimen and diet. I believe being healthy and active kept many of my treatment’s unpleasant side effects from showing up. But it still took me two months to begin to feel good and strong again.

“Your life can be fulfilling, and by remaining active, whatever challenges come your way, you will have to strength and mental dexterity to overcome them.”

Even now, I continue to exercise and take my medication, and though there have been bumps in the road, I feel so different from five months ago. Focusing on my fitness helped me not to look back, but to look forward – because every day, I can do a little something different.

Fitness Is My Saving Grace

Fitness can be a saving grace, both physically and mentally, for anyone diagnosed with a degenerative disease. Your approach to exercise may need to change and may differ from what you did previously, but it can still be a regular part of your routine, and should be.

Your life doesn’t end when you are diagnosed with any degenerative disease. Your life can be fulfilling, and by remaining active, whatever challenges come your way, you will have to strength and mental dexterity to overcome them.